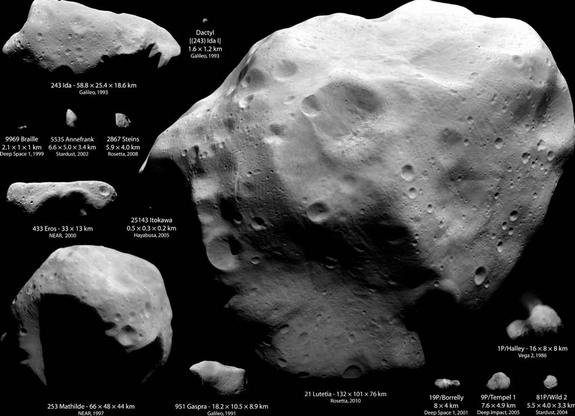 “An asteroid the size of a tour bus zipped by Earth today (June 27) in a flyby so close that the space rock was nearer to the planet than some satellites.” At 5 to 20 metres wide, this guy would have burned up in the atmosphere yielding a magnificent light show, but probably wouldn’t have caused any damage. It wasn’t one of these asteroids below, but these ones would be ideal candidates for humans to visit so that we could learn more about them.

To see just how close this asteroid was to Earth, look check out this page: http://neo.jpl.nasa.gov/images/2011md_ca3.gif . Its distance was less than the diameter of the Earth… so yeah, very close!