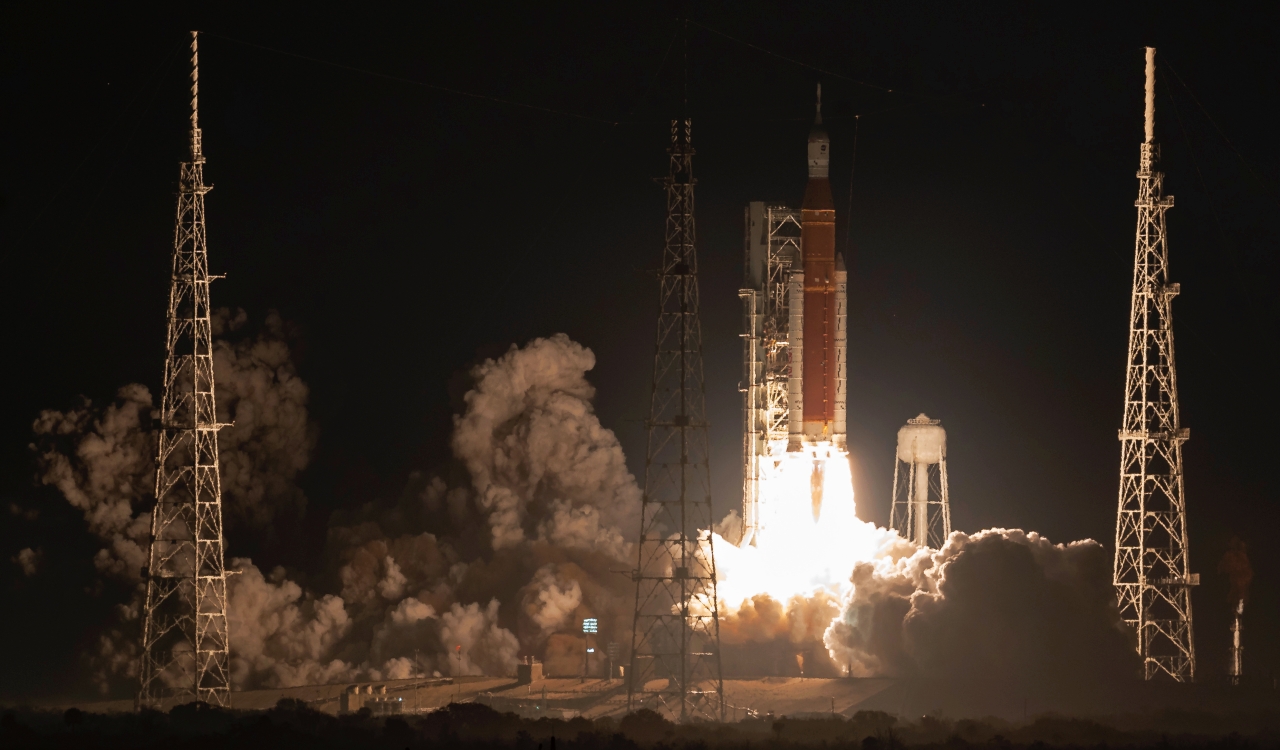 Artemis 1 launched into space after over a decade of building and perfecting everything. It launched out of the Kennedy Space Center on November 16th, to the cheers of everyone at NASA and other international space agencies worldwide.

The Orion Spacecraft was stacked on October 20th, marking the very first time a super-heavy-lift vehicle has been stacked inside NASA’s Vehicle Assembly Building or VAB since the final Saturn V project back in 1973.

The launch had been postponed previously simply to ensure everything was done right. Thankfully, the wait was worth it. Some might wonder though, what is its mission?

Known mostly as the “Artemis Missions” by NASA, the objective is to eventually establish a human presence on the Moon. This is a huge asset for humans because it could allow us much easier travel to other planets. Thus, the Moon will likely become a Hub for humans in the end.

Yet the initial concept is to test out spacecraft and rocket systems along with how humans can possibly stay on the moon long-term. On top of that, the plan is to demonstrate new technologies and business approaches for more advanced exploration and scientific studies.

However, it goes much deeper than this.

NASA is doing something brand new for its technology, and testing all this new stuff is a huge part of the Artemis 1 Mission. They are using the Orion Spacecraft, which is going to be a reusable system rather than the common one-use spacecraft. It was designed by the European Service Module & Lockheed Martin, then manufactured by Airbus Defence & Space.

The Spacecraft is able to support a crew of at least six people beyond low Earth orbit. The Orion can even last up to 21 days undocked and 6 months docked.

Equipped with amazing solar panels and an automated docking system along with a glass cockpit, it’s made similar to how planes might look. In fact, that was the initial idea as the design is based on the Boeing 787 Dreamliner.

This launched on top of the Space Launch Rocket, which was in development since 2011. This is a super heavy-lift expendable launch vehicle that will help Earthlings get these Orion Spacecrafts into orbit.

Artemis 1’s mission is simple. The launch needed to be successful and it was, which is one thing to check off the list. Next, the Orion Spacecraft will spend somewhere between 26 to 42 days in space. At least 6 of those days will be in distant retrograde orbit around the Moon.

After reaching Earth orbit to perform a trans-lunar injection or burn to the Moon, the next step in the mission will begin. They’ll deploy 10 CubeSat satellites before going into distant retrograde orbit.

After completing this, the Orion Spacecraft will re-enter Earth’s atmosphere. The hope is that its heat shield will hold up well upon re-entry, which is a huge part of this mission too. The likely splash-down point will be in the Pacific Ocean.

Future Plans For The Artemis Missions

If everything is successful in Artemis 1’s mission, the next step will be for Artemis 2. This is when manned flights will begin, using the exact same equipment. The first step will be a lunar flyby, which will be all Artemis 2 will do.

If that goes well, the Artemis 3 crew will actually perform a crewed lunar landing, which will be done for the first time since the Apollo Mission 50 years ago.

Of course, the Artemis Missions are planned to take place over the next several years. This could very well be a project that involves not just NASA but several other international space agencies, including private space industries like SpaceX, for the next few decades.

Many are hopeful that everything will continue to go well, as our science fiction dreams might hopefully become a science reality.