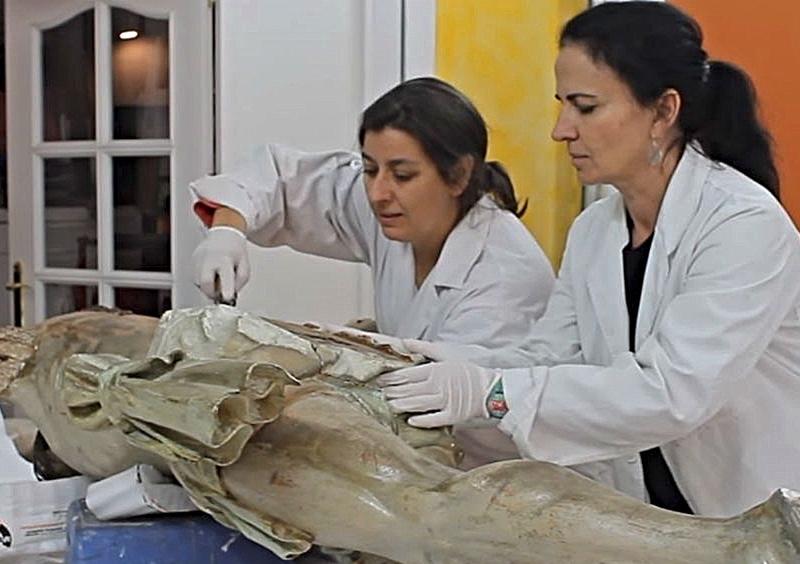 Breaking the last piece of wood free from the old statue, she steadied herself. Palms sweating, heart racing. She knew she had stumbled upon something big.

But just as she was about to take a closer look, her composure faltered. What if this wasn’t meant to be found? What had she uncovered? 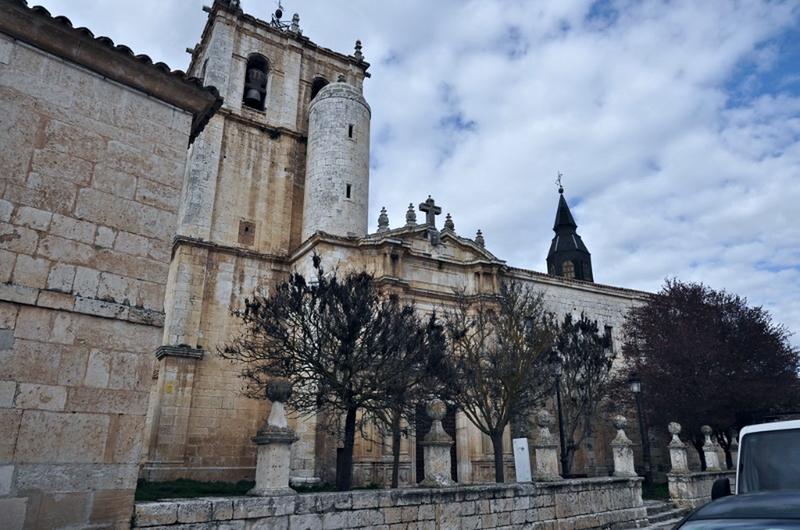 It’s not every day you make a discovery of historic magnitude. So when experienced Art Restorer, Gemma Ramirez, was assigned to the restoration of a Jesus Christ statue, she prepared for another normal day at work.

As she made her way to the Spanish church, ‘Church of Santa Agueda’, she was completely unaware that she was about to have a day like no other. 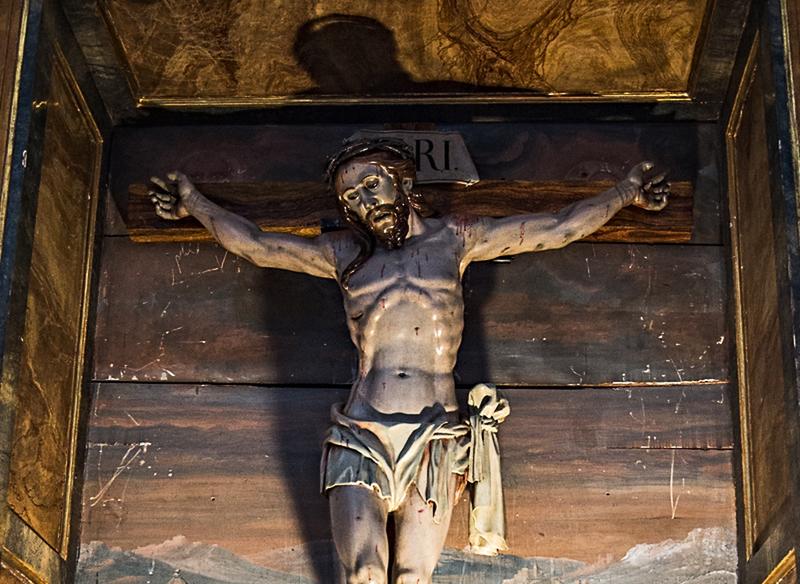 As Ramirez and her team made their way through the church aisles to the statue, she took a moment to remember her ancestors. She could almost feel time pass before her as she imagined the construction of the intricately inscribed characteristics and the domineering presence of something sacred.

But before she could turn to her colleague to comment, she unnervingly noticed two candles blow out as they passed by. 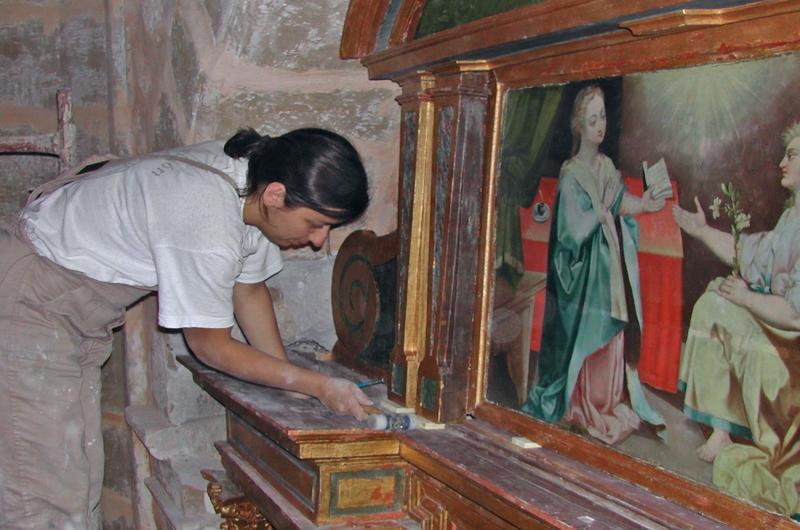 Ramirez is no stranger to religious sites and holy artifacts. As an experienced Art Restorer who has worked on a number of old artifacts, she’s used to being in spiritual places and quiet grounds.

However, she felt something was off about this place. She just didn’t know what. Her mind searched as her feet moved forward. 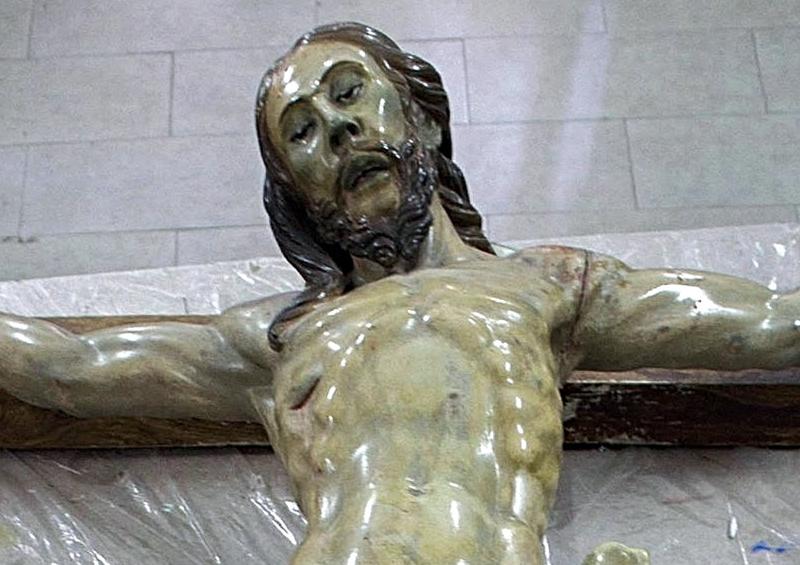 The statue of Jesus, called “Cristo del Miserere”, is an 18th-century wooden statue that suffered damages a few years ago. Damages that could only be fixed by Madrid-based Da Vinci Restauro, the art restoration company Ramirez works for.

She took a look at the statue and saw a piece of art crying out for help. 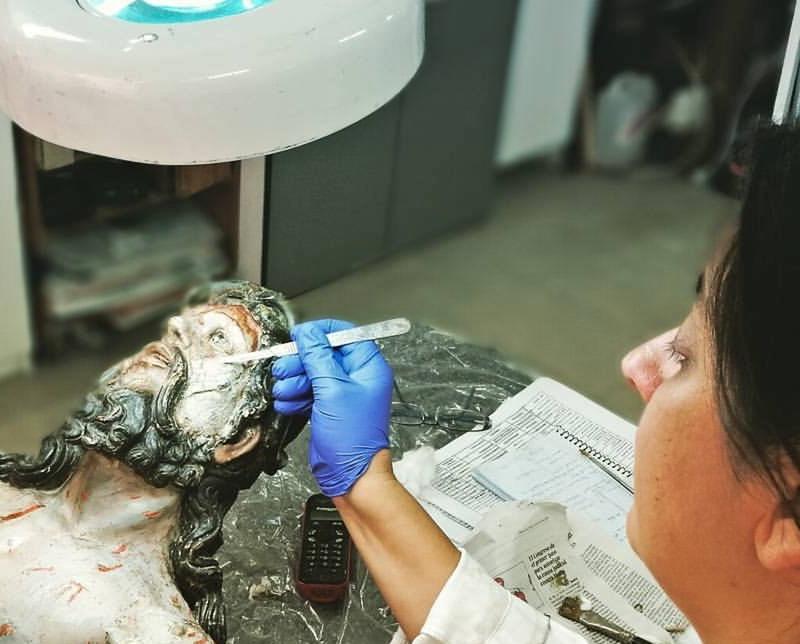 Time had taken its toll on the old statue. Rusted, cracked, and dirty, Ramirez and her colleague had their work cut out for them. She took notes as her colleague helped.

They detail the specific areas on the statue and mark their severity and the care they’ll each require. As she turns the statue over, she loses grip. 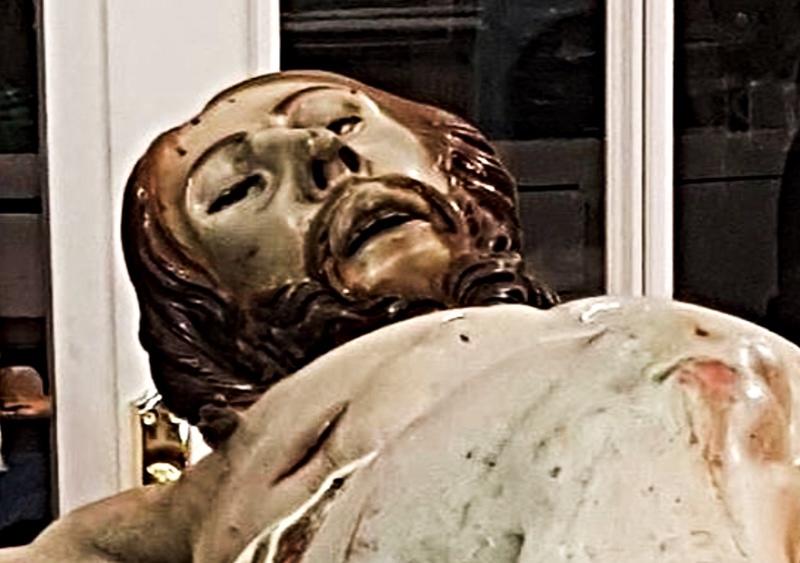 Her heart drops as she steadies the statue just in time. Turning the statue on its side she traces the abrasive curves and cracks of each segment of wood.

As she brushes the dust away from the artwork, she sneezes. Her sneeze echoes eerily down the dark and empty hall. And then she remembers. 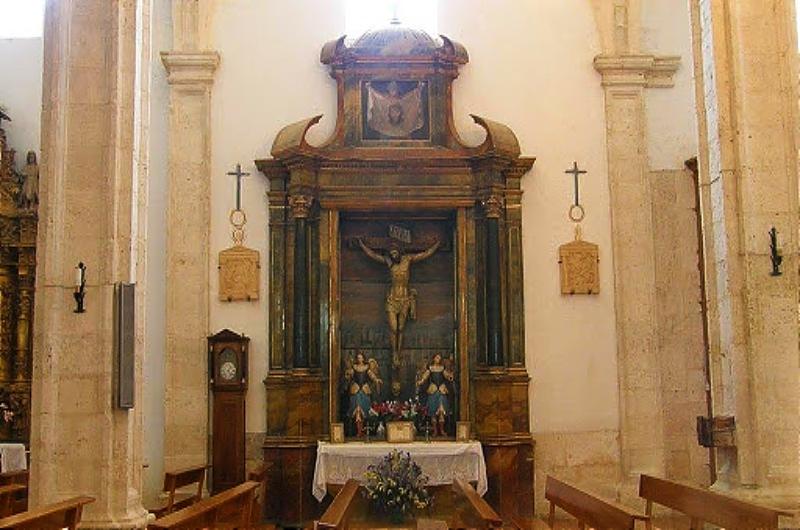 She remembers why this church feels different. Why something feels off. She’s been here before. When she was younger, her grandmother had taken her here. She had brought her to a service when they both had to leave due to Ramirez’s sneezing.

As she reminisced about her past, her eyes led her to a large crack on the backside of the statue. She looked closer. 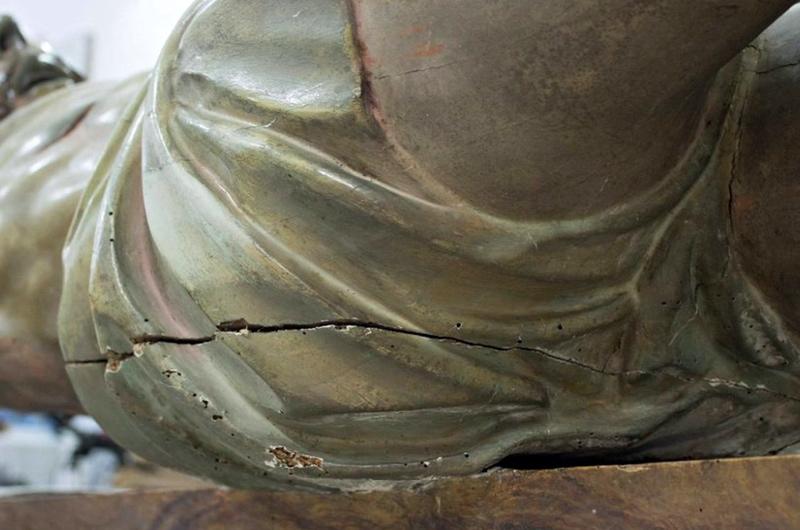 Her colleague looked too. “There’s something inside!” she squeaked. Ramirez recoiled at the thought of an insect infestation. It happens so often with wooden artifacts as they often feed on decaying wood.

But as they both braced themselves to peer inside, they saw something more, something they never expected nor imagined they’d see. 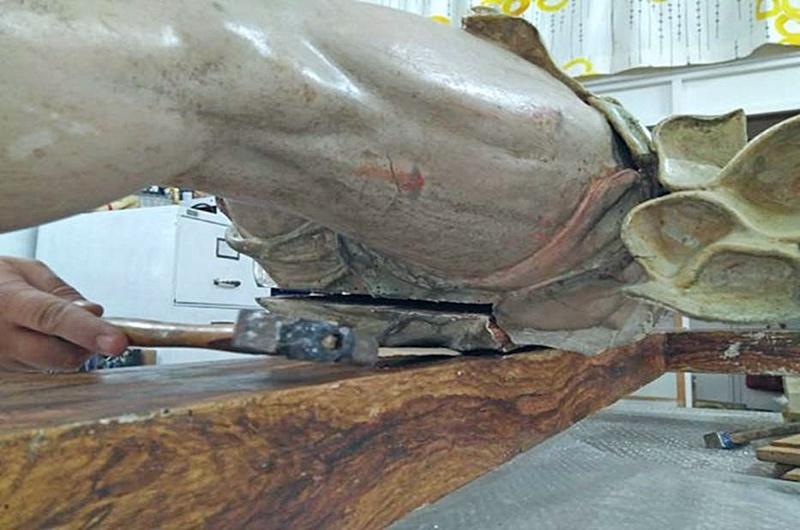 They have two choices: either they can leave it, seal it hidden within the statue, never to be found again, or they can open it. If they open it, they could reveal something that could rewrite history.

Should they shine light on something that was designed to stay hidden? If they leave it, are they ignoring something that needs to be known and discovered? The fate of history was in their hands. 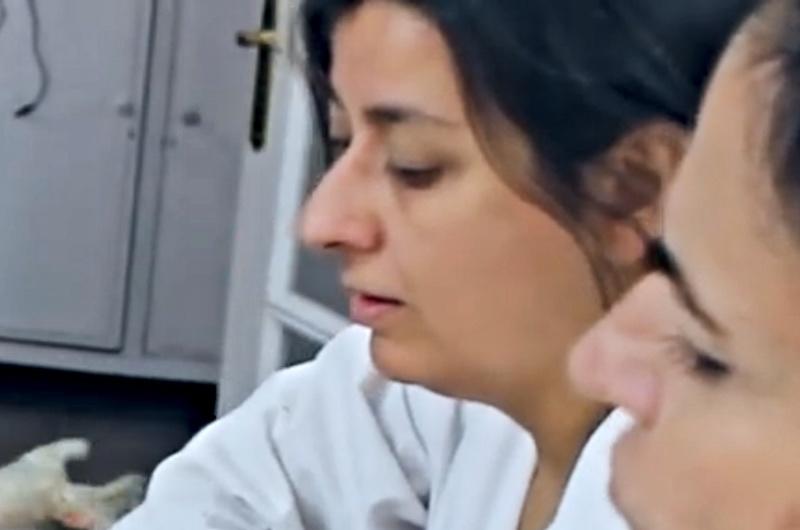 Ramirez’s heart raced as she lifted the last piece of wood from the Jesus Christ statue. Her colleague on her tippy toes by her side, eagerly peering over her shoulder to catch a glimpse of the big reveal.

They desperately wanted to know what they found. After all, this statue hadn’t been touched for hundreds of years, until now. 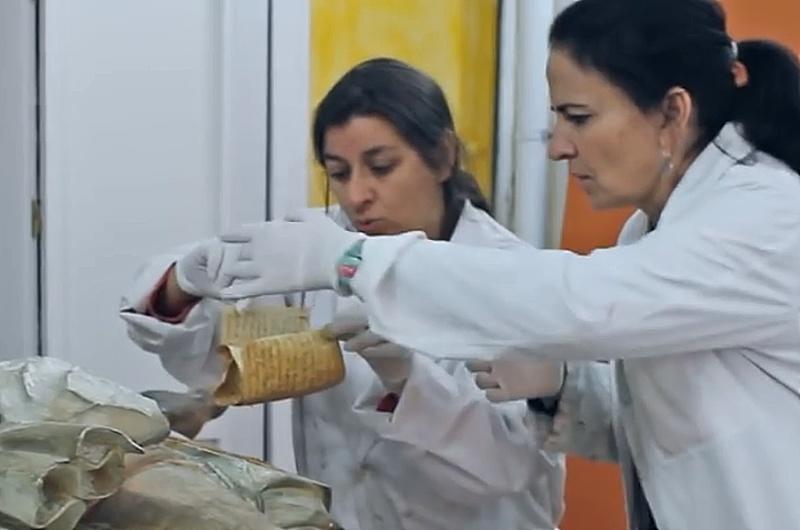 Ramirez finally lifted the wooden frame to reveal their hidden mystery. They both stood, wide-eyed and speechless, as two weathered, leather-like scrolls came into focus.

Carefully, Ramirez reached her hand in to take a closer look. What was it? Who could have possibly written these old scrolls and why? She was about to find out. 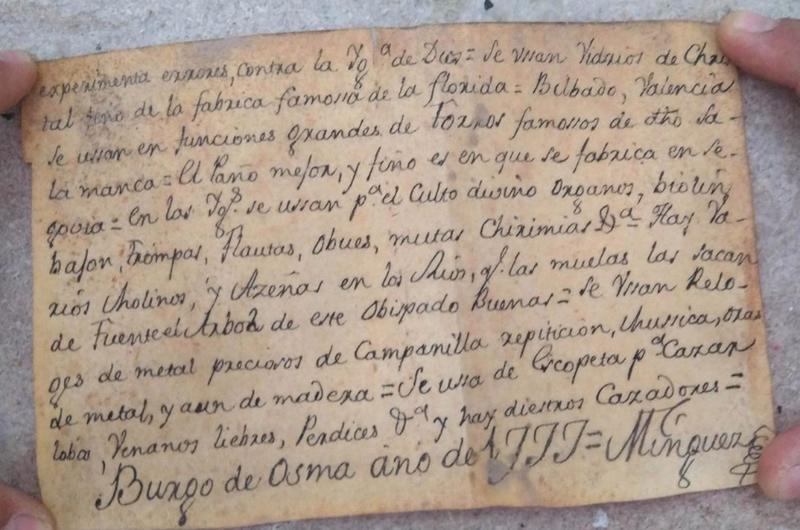 Whoever had secretly placed the scrolls inside the statue had obviously intended for them to withstand the ravages of time. Made from vellum — a thin sheet of leather known for its endurance — the scrolls were in readable condition.

If the secret message had, on the other hand, been written on paper, they wouldn’t have lasted for long. Ramirez knew that the scrolls were old, but just how long had they been hidden for?

How Old Were They The scrolls had a yellowish tinge that they had developed over many years, but when Ramirez and her team discovered just how old they were, their eyes widened in disbelief.

“The document of the 18th century appeared when we were dismantling the Christ of the cross. The wood is hollow inside, and the sculptor introduced the two [scrolls], which we have found,” Ramirez excitedly told the Daily Mail. Although Ramirez had seen many incredible things during her time as an art restorer, she had never seen anything quite like this. In fact, this discovery was absolutely unique.

After all, secret messages that have been secreted away in ancient statues don’t emerge every day. So, exactly what was the purpose of the secret message, and what did it say? The scrolls date as far back as 1777 and were written by Joaquin Mínguez, a past chaplain of the church. Mínguez writes about the culture of his time and place in which the statue was made.

He names Manuel Bal as the sculptor, and comments on the economy and politics of Spain at the time. He also mentions his daily life and the harrowing elements of what life was like during his time. The pair huddled around as more details unraveled. The scrolls detailed the Spanish economy at the time and offered some insight about the period, even describing what sort of food was being grown in the region.

Grains such as barley, oats, rye, and wheat were being produced, as well as wine. But then, Minguez’s long-hidden secret message took a much darker turn. The secret scrolls described the grim details of illnesses like typhoid fever which plagued his time and explains the state of the court, mentioning King Carlos III, who began his rule over Spain in 1759 and ruled for almost three decades.

He also offers information about the Spanish Inquisition which is now known for its brutality. But, as if to add some balance to the harrowing descriptions of illness and strife, Miguez also recounts other small details about the period, mentioning the leisure activities the people took part in, such as ball games and playing cards.

It’s precisely these details of Spanish history that make this discovery a significant historical find. But first, it needs to be verified. Ramirez found a time capsule that gave her a once-in-a-lifetime experience. She felt so taken aback by the discovery that she had a hard time transferring the scrolls to another location to be archived, without creating replicas to honor Mínguez’s intention. She placed them back into the statue with a note of her own.

“He wanted to leave a memory of their experience in their epoch”, Ramirez said. And she graciously did the same. How many years will it take for the next generation to rediscover this wonderful time capsule?