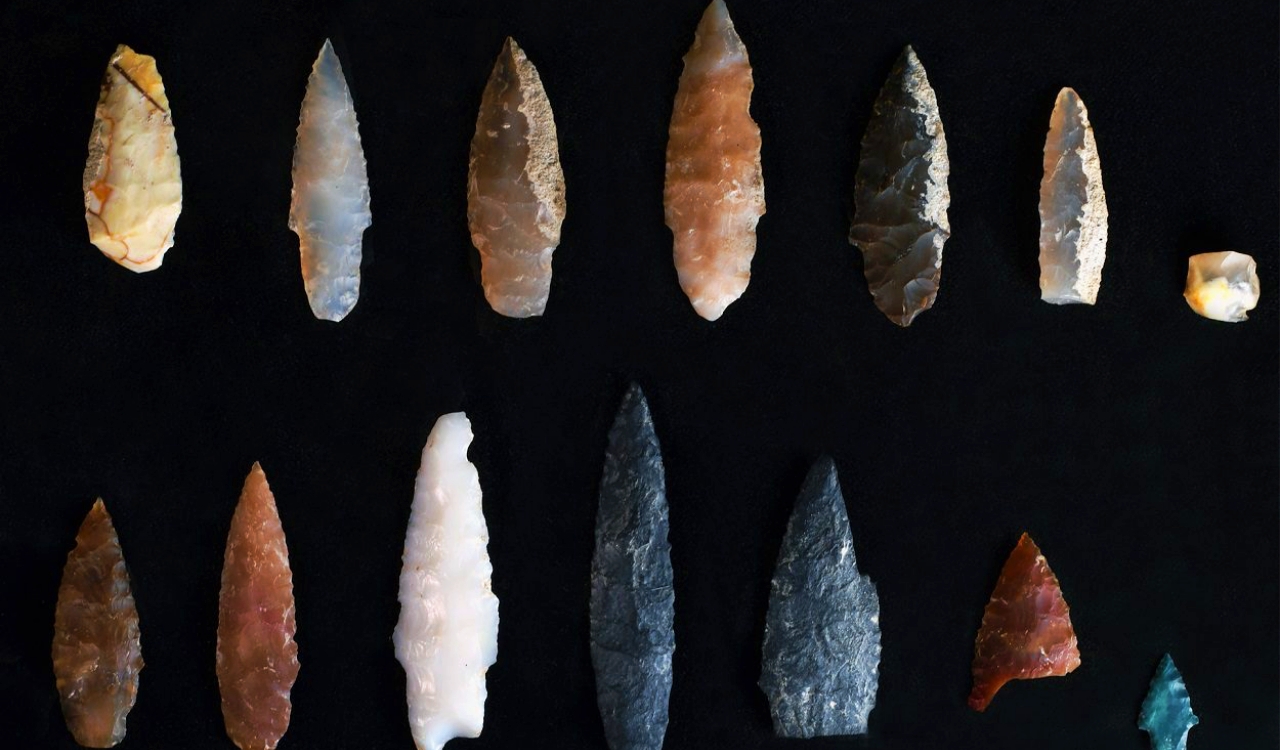 Archeologists from Oregon State University have done something incredible recently. They managed to uncover projectile points in Idaho that are thousands of years older than any previously known or found in the Americas. This is critical because it tells us how early humans crafted and used stone weapons.

The team found 13 full as well as fragmentary projectile points that were still razor-sharp. They range from about half an inch to as much as 2 inches long. The very fact that they could technically still be effective to use today is amazing enough, but the fact that some were found fully formed is incredible.

When they were examined using carbon-14 dating processes, the team found that the artifacts are 15,700 years old.

Loren Davis, an anthropology professor at OSU and head of the group that found the points, claimed:

“From a scientific point of view, these discoveries add very important details about what the archaeological record of the earliest peoples of the Americas looks like. It’s one thing to say, ‘We think that people were here in the Americas 16,000 years ago;’ it’s another thing to measure it by finding well-made artifacts they left behind.”

The points were found at Cooper’s Ferry, a site where many artifacts have been found in Idaho over the years. Previously, Davis and other researchers found flakes and pieces of bone that did indicate humans lived in this region around 16,000 years ago. Finding projectiles like this confirms that humans lived here, and were relatively advanced for their time.

These projectiles reveal new insights into the way some of the first people here expressed complex thoughts through their technology at the time. In fact, similar points have been found in Japan dating back 16,000 to 20,000 years ago.

The fact they were found in Idaho gives some credibility to the hypothesis that there are early genetic and cultural connections between the ice age peoples of Northeast Asia & North America.

It is quite interesting to consider how close early American and Asian people were. This is especially true when it comes to the tools we used for things like protection and hunting. Davis claimed that:

“The earliest peoples of North America possessed cultural knowledge that they used to survive and thrive over time. Some of this knowledge can be seen in the way people made stone tools, such as the projectile points found at the Cooper’s Ferry site. By comparing these points with other sites of the same age and older, we can infer the spatial extents of social networks where this technological knowledge was shared between peoples.”

This Salmon River site where the points were found is actually on traditional Nez Perce land. The area is known to the tribe as the ancient village of Nipéhe. Currently, the land is held in public ownership by the Federal Bureau of Land Management.

It is likely that early members of this tribe or previous tribe(s) passed down their knowledge of making tools. However, it does seem that they differ from some modern concepts.

The projectiles have two distinct ends to them. One side is sharpened while the other is stemmed. The projectiles are in a symmetrical beveled shape if you looked head-on at least. It’s likely they were attached to darts rather than arrows or spears.

While these might be pretty small, they were deadly weapons. This is not shocking to see as many South American tribes used darts against enemies for years. They eventually added poison to ensure an enemy did not survive a run-in with them. Regarding these projectiles, Davis said:

“There’s an assumption that early projectile points had to be big to kill large game; however, smaller projectile points mounted on darts will penetrate deeply and cause tremendous internal damage. You can hunt any animal we know about with weapons like these.”