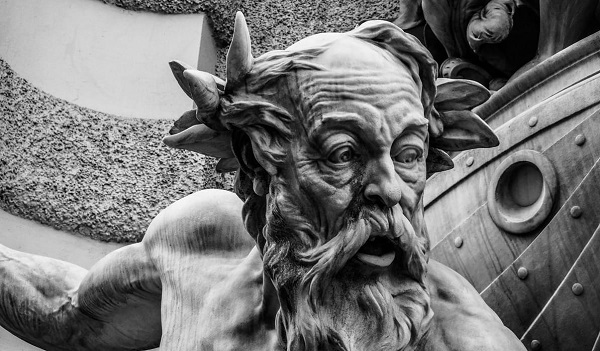 When gambling or casinos are mentioned, the image that springs to mind is one of bright lights, vibrant color, and easy thrills. However, gambling actually belongs to an ancient tradition, and has passed through many incarnations throughout history.

When one considers the fundamental premise of gambling, this is hardly surprising. Putting one’s fate into the hands of chance is something we all do every day in myriad forms, and it is something we have done since the beginning of civilization. Games of chance simply distill this act into a format with clear rules, and in ancient times, this idea of gambling as a symbolic ritual was even more pronounced.

In Scandinavian myth, the gods themselves sit at game tables and plot the course of mortal destiny using dice. This image is recognition of the unifying power of chance and suggests that even our creators are subject to its universal caprice. An aspect of modern gambling that directly follows from ancient symbolism is roulette, which resembles the wheel of fate: a cross cultural symbol variously depicting man, God, and nature as being subject to the rules of probability.

However, the essence of ancient attitudes to gambling was not nihilistic or hopeless. Images such as the wheel of fate and other ritualistic games were not intended to represent life as determined purely at random. Supposedly, many Greek and Roman practices – such as the festival of Saturnalia, in which the Romans played dice to honor the god of plenty – instead represented man’s struggle with fate (according to the theguardian.com), and specifically his ability to use intellect to tip the odds.

The benefits of this conceptualization were clearly not meager; take a look at a previous post from relativelyinteresting.com to see just how large the Greek and Roman empires were.

When considered in this way, the comparisons between casino games and the deeper, existential questions of life seem less foolish. After all, every investor is a gambler of sorts. In fact, nearly all areas of human endeavor involve some element of analyzing risk and then making a decision with the hopes that the outcome will offer some kind of benefit.

Surveying a range of gambling sites – which is easy to do with tools like casinobonusonline.ca (a comparison site which compiles the best bonus deals for Canadian gamblers) – reveals a host of games and rules which enact this essential story in much the same way as the games of old – Poker, for example, has its roots in Minoan civilization, which flourished in what is now Europe around 2000BC. One could even argue that the act of comparing casinos to find the best deal is itself a development of gambling’s mythic element, as it represents a more sophisticated approach to mastering fate with intelligence!

Just so, shopping around on sites like casinos-online.ca for a bonus that suits your individual playing style is a tactic the ancients would not have had at their disposal. But when we consider it alongside the rest of human progress, it is only natural that as well as mastering nature (to degree) we are working toward mastering fate also.

All of this goes some way to explaining why gambling is often described as such a rush. A case could be made that many chance based games are closer to religious experiences than sports or video games. Because on a deeper level, they represent a game we have been playing since the dawn of time.