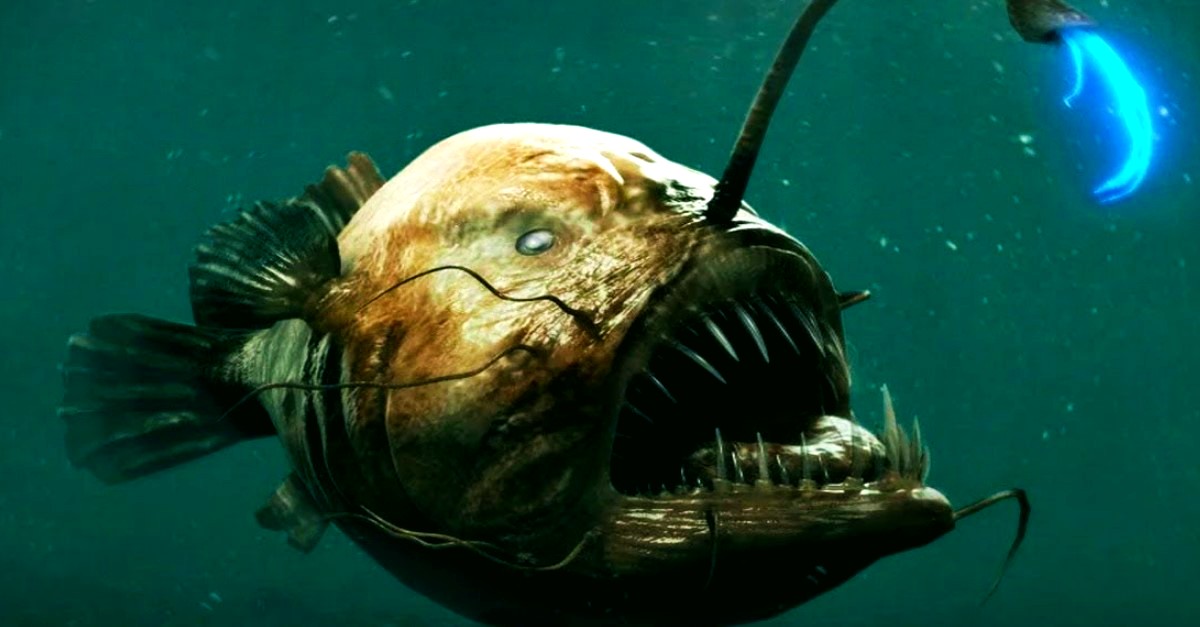 Aptly nicknamed ‘Devil Fish’, there are barely any photos of this fish because it lives at such extreme depths.
It has a special rod on its head that teams up with bacteria to produce light, drawing its prey close enough to grab. He can even turn the torch on and off. 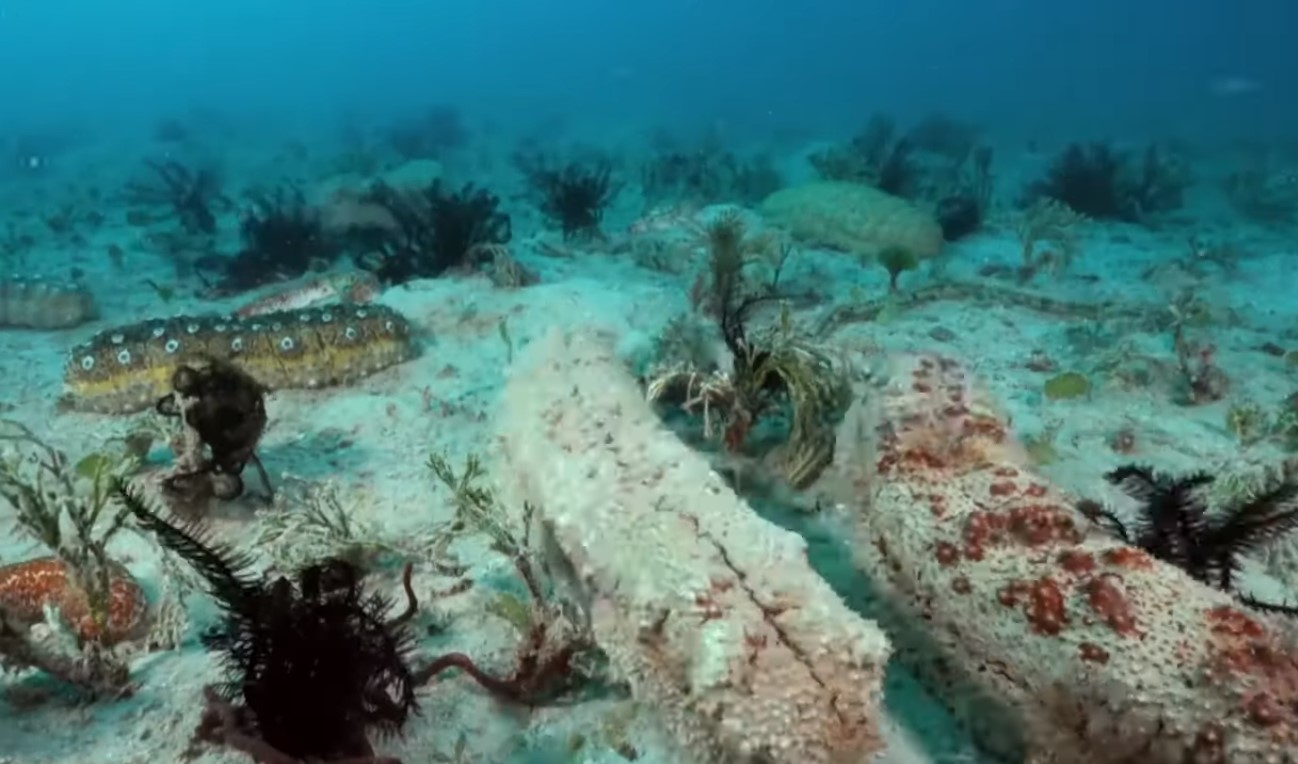 These animals are sometimes mistaken for jellyfish.
Particularly clumsy and sedentary creatures, they have to have a special defense in the form of a foul smell that’s released into the water when they feel threatened. 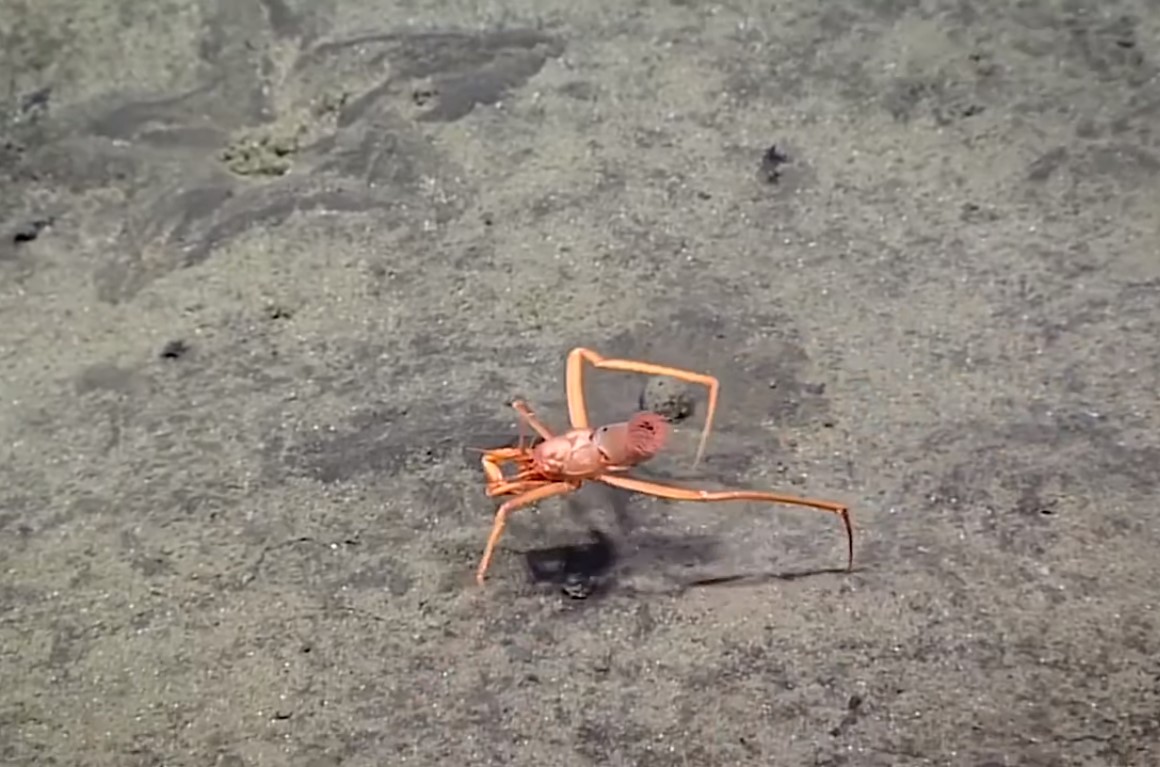 They don’t look much different from their cousins near the surface of the sea, but if you look closely you can see it is holding a sea anemone between two legs.
Normally hermit crabs occupy an empty shell, but this anemone serves as the crab’s protective shell. 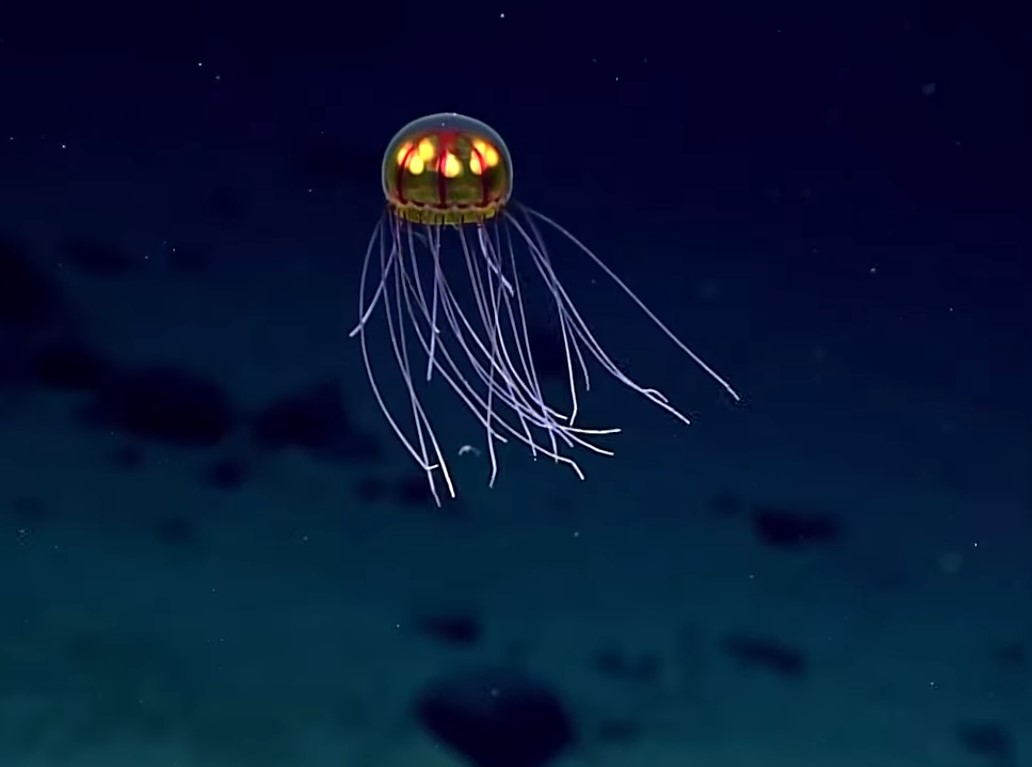 Scientists only learned about this particular species recently in 2016. It is most likely a predator, judging my its bioluminescent legs.
Its yellow organs in its head are for reproduction, while the red organs are for digestion. 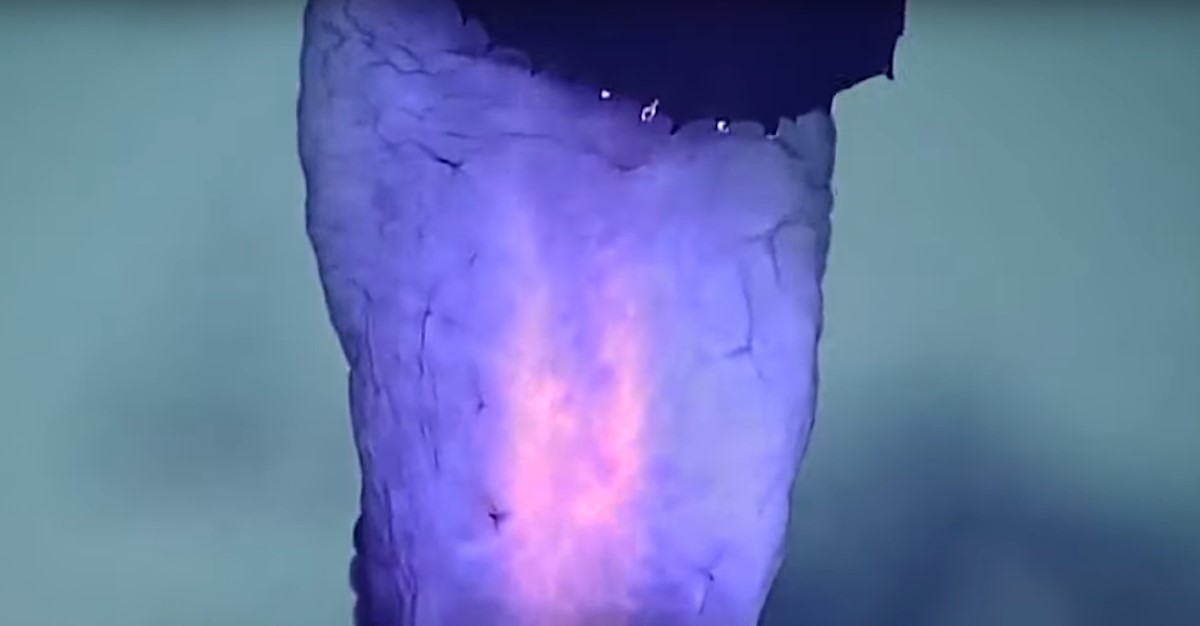 This deepwater creature is not as harmless as it first appears. While other members of its species are filter feeders, the predatory tunicate uses its large mouth to snag unsuspecting crustaceans.
They have both a backbone and a brain, which is unprecedented in the species. 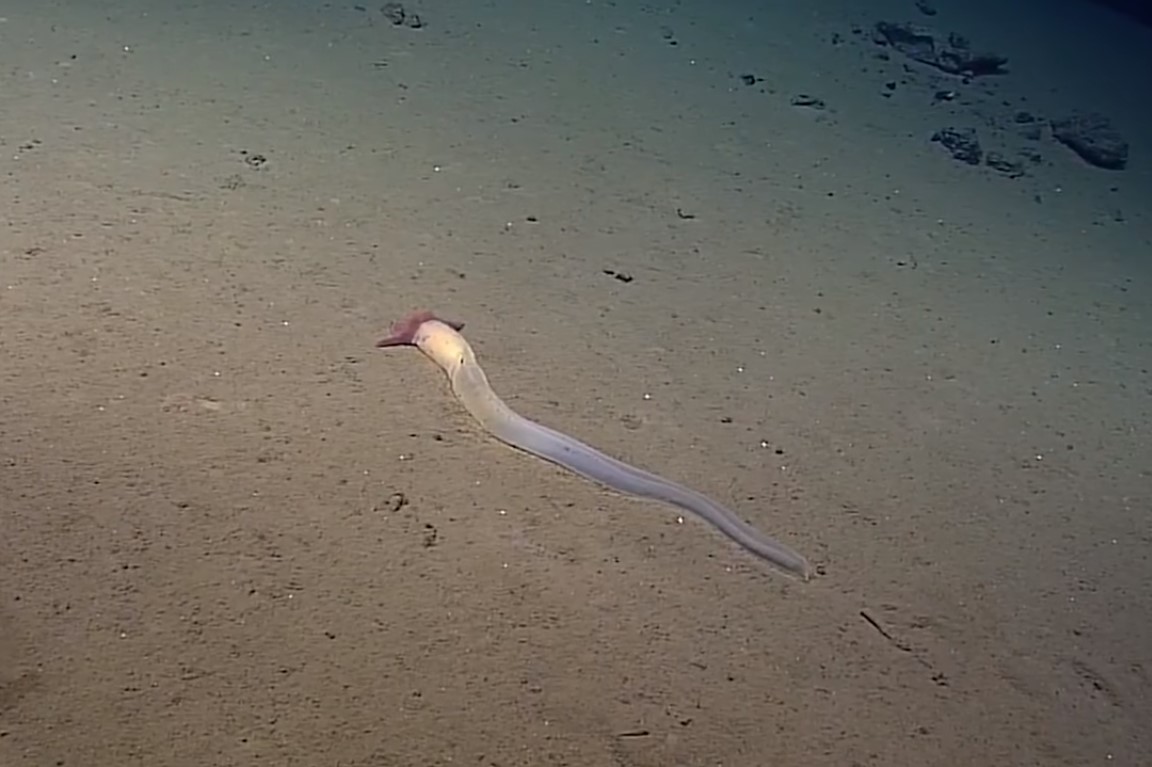 Only discovered as recently as 2012, these creatures, when found in deep water, can grow in excess of 2 meters long.
They also have striking bright colors. They have wing-type appendages that allow them to soar through the water for long distances. This bug-eyed fish which can be up to a meter long is usually found just above floor level, where it drifts along in search of living prey.
It uses a special chemical compound which produces a pungent smell to protect itself. 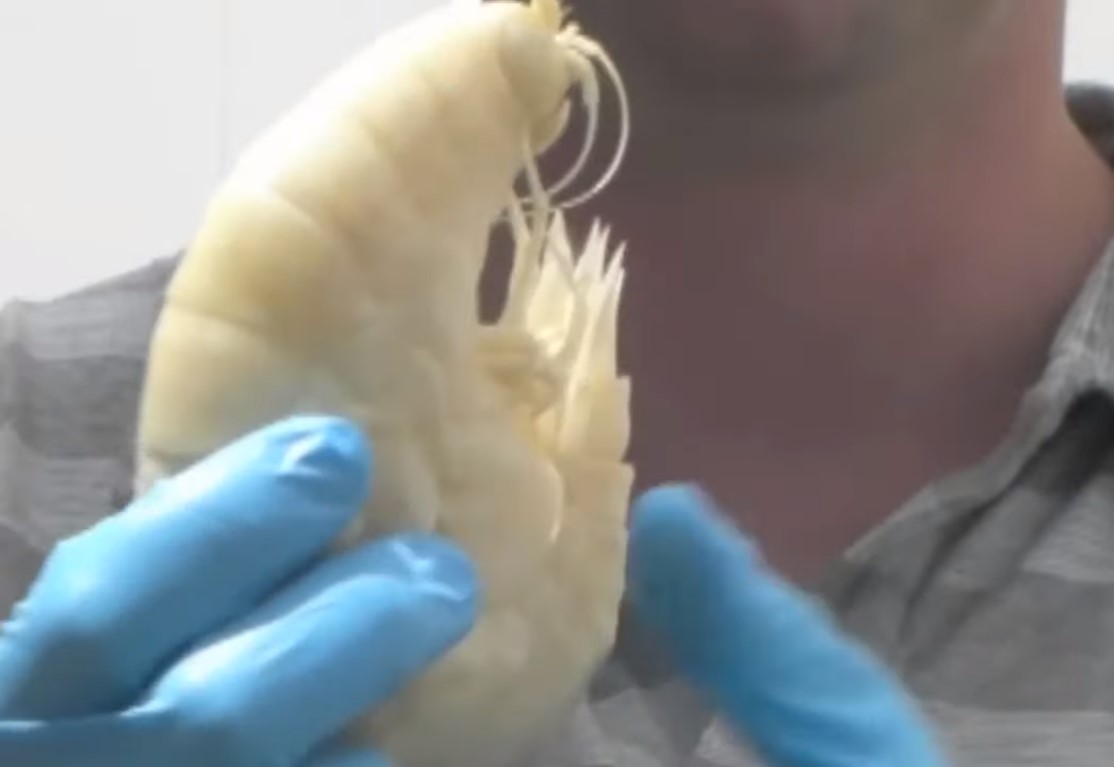 At first glance, you may think that this is just a giant shrimp. In fact, they are not even related to shrimps.
Their size is directly related to how deep they live. The deeper they live, the longer they grow. 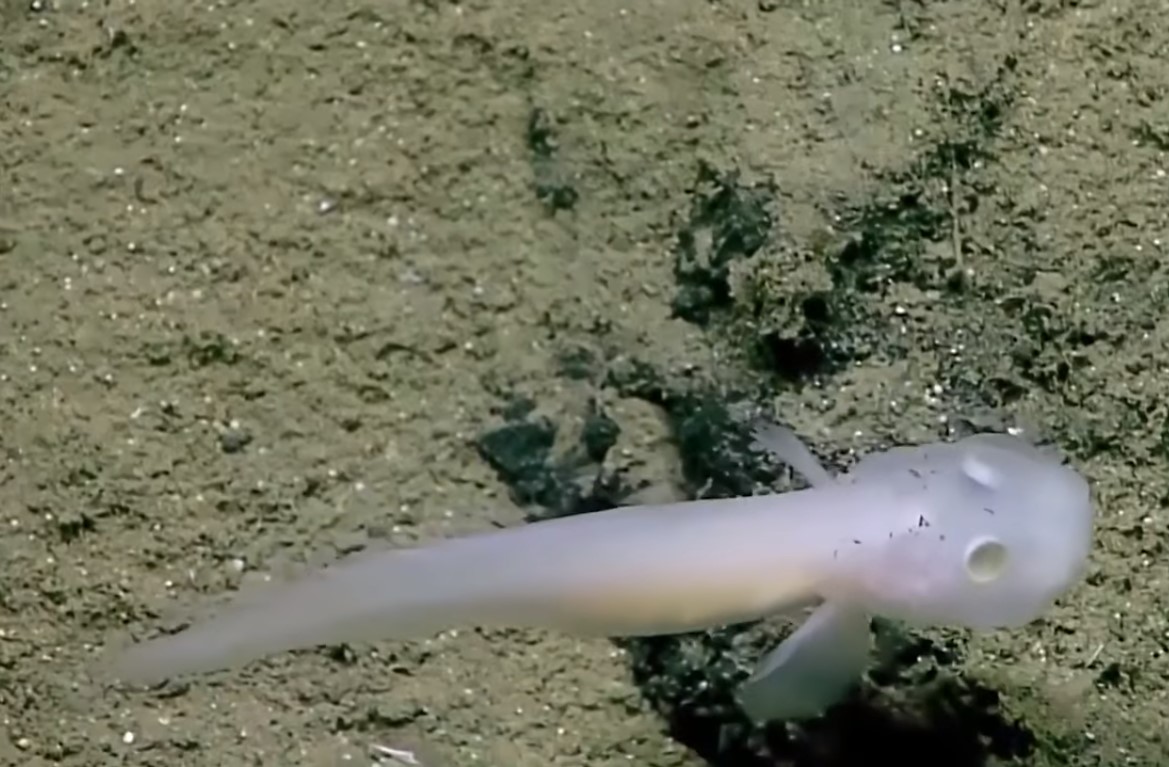 This fish is the deepest living fish ever found, found at a depth of 8000 meters. It has a translucent body, wing-like fins and the tail of an eel.
Some people have taken to calling it a ghost fish while others think it looks like Falcor, the dragon from ‘The NeverEnding Story’. This pretty fish has been living in the ocean for 400 million years, but it’s rarely found by people.
Not nearly as huge as it’s ancestor the megalodon, which reached a weight of a hundred tons. Meet one of the rarest and most terrifying inhabitants of the Mariana trench. During the day it dives as deep as it can to avoid any sunlight, but at night it can be found in shallower waters.
A distinctive feature of this creature is its sharp teeth, which are more like long fangs sticking out of its head.
Must Read
Genome Studies Manage To Find A New Branch Of Fungal Evolution
European Space Agency Budget Increases By 10 Billion For The Next 3 Years
Artemis 1 Finally Launches: What It Means For Space Travel And Exploration