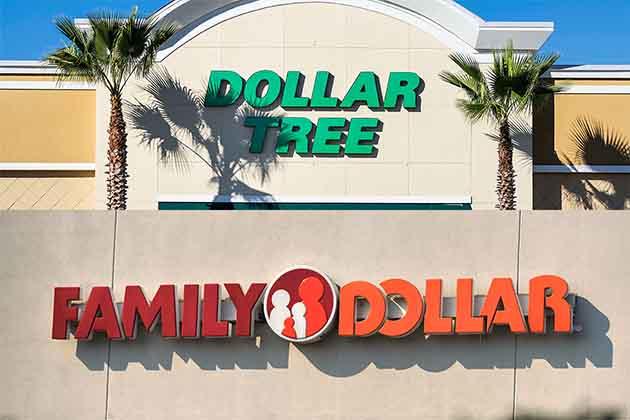 We’ve always marveled at dollar stores, through anything – depressions, inflation – they always seemed resistant to them. But in recent years, it seems that dollar stores are starting to become relics of an outdated era.

If you ever go into a dollar store and see that the prices are ironically high, it probably means that their business is struggling and could soon go under. Only time will tell if they recover from this or if they slowly fade into a bygone era. 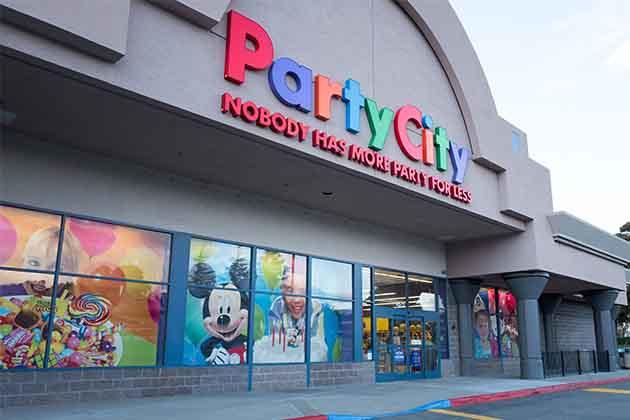 The first thing that goes when people need to save money is things they don’t need. Like party supplies. Party City Has been hit quite hard.

They’ve now had to close doors on more than 45 locations. With the cheaper source of helium, they’ve had to find they’ve stayed afloat so far, but they aren’t clear just yet.

GAP is yet another store that’s in retail trouble. They’ve had such hardship that they’ve split their business into two – Old Navy is now officially its own brand outside its affiliation with GAP.

This Move is no doubt to keep them in the game, but we aren’t sure how long that’ll hold for. They’ve even had to close over 230 stores in the last year.

Brands Of The World

Given that Overstock is an online retailer you’d think they’d be exempt from the trouble that stores have been having nationwide.    With Overstock being online only it would be a fair assumption to think that they wouldn’t be hit so hard. But it seems that they aren’t an exception after all.

Since last year December, they’ve been trying their best to sell off their stock but it seems no one is buying any of it. This is probably why the company is still doing so poorly.

Office Depot is also doing badly, this is because they’re being beaten by all the online competition. It’s just as affordable to get your office supplies online and way more convenient. Pretty ironic considering the previous business on the list.

A huge blow to Office Depot was when they tried to merge with Staples unsuccessfully. Their also in debt of around $1 billion and could vanish any day now.

Fred’s had to sell 185 of its stores to Walgreens. This was more than half of what they had open. Only 165 Fred’s are still open.

Their last-ditch effort to turn things around is a new financial advisor who can hopefully make some good decisions. If they don’t they may have to close their doors.

Claire’s may have been booming when the fashion of the ’90s was in. But now that the times have changed. they’ve had to file for bankruptcy in 2018.

Over 1,600 stores have had to close across the nation. The only ones still open are inside malls, which isn’t good for business.

Macy’s has been struggling for a long time now. They’ve had to close a lot of locations and it has affected their stock. It seems it’ll be difficult to get out of this mess.

People are under the impression that any day now Macy’s will just file for bankruptcy to avoid a slow and painful retail death.

The CEO of J.C Penny even moved on to other things right before their largest retailer went bankrupt. You know then that it’s a bad situation.

The retailer has tried its best to stay afloat by closing 240 stores over the next 3 years. That’s over a third of their stores.

Kohl’s sales have been decreasing ever since they started having problems with their stock. But then they got some beneficial news. Their competitor, Shopko, would be closing a lot of their stores.

This is really good news for Kohl’s, but it might just be temporary, so they need to put their best foot forward now while it counts. If they can’t then they may go the same way as their competitor.

Applebee’s has spent a lot of money revamping its restaurants and menus to get new people to roll in through its doors. But that strategy doesn’t seem to have worked the way they wanted.

For the past 4 years, they’ve been closing locations all around the U.S. which means that investors just aren’t interested in a declining business. This could be the end for them.

People have been predicting Sears’s fall from grace for a while now, and it’s finally here. It seems like Sears is edging closer and closer to bankruptcy with every passing month.

The company has been selling off brands in the hopes that it can survive a bit longer, but the reality of the situation is that it’s bleeding income.

Toms may have comfortable footwear, but people aren’t buying. The company has had a tough time trying to pay down five years of debt.

They achieved this after scoring a $313 million investment from a private-equity firm, Bain Capital.

Some investors saw Quiznos as a horrible business model, and those people may have been right.

The company has been struggling to compete against big names like Subway, Firehouse Subs, and Jimmy John’s. An investment company purchased Quiznos in 2018, but we’ll have to wait and see if there’s an impact.

One of the biggest hits recently was the bankruptcy of one of the largest Pizza Hut franchisees. NPC International filed for Chapter 11 bankruptcy following the prolonged shutdown of COVID-19.

Victoria’s Secret may have had great success in the late ’90s and early 2000s, but things have recently changed.

The CEO made controversial comments about transgender and plus-size models, and sales have taken a huge hit. On average, Victoria’s Secret has closed around 15 stores per year.

This year has been especially hard on movie theaters around the globe. Many of them shut down temporarily but opened once restrictions started to lax. Regal is still having a hard time, though. With most major films being postponed, parent company Cineworld has decided to shut down all theaters once again in the United States – all of them. While some closures are simply temporary, many are permanent.

This comes after a billion-dollar loss for the year. Admission dropped a whopping 65.1%, according to Hollywood Reporter. More theater closures are some to come as admission continues to decline and money is lost.

IHOP isn’t fairing very well in today’s market. It attempted a huge marketing scheme by saying it was going to change its name to “International House of Burgers” or IHOb.

Experts are guessing that Bed Bath & Beyond will be the next major retailer to go bankrupt. Over the last two years, the stock has dropped 61%.

Revenue has been steadily shrinking, and profits are looking even worse. Bed Bath & Beyond is iconic, but not iconic enough to save itself from bankruptcy.

Despite a bit of a turn-around, COVID-19 and existing debt hit Pier 1 pretty hard. The brand has been suffering from execution issues and problems from competition like Amazon and Wayfair.

In February of 2020, Pier 1 filed for bankruptcy. By May, the brand decided to shut down all of its stores. Many blame the Coronavirus, and while that had a huge hit, Pier 1 has been struggling for a while. All 540 stores will shut down.