There was no hope. He was seconds away from plunging beneath the ice into the freezing water. But just as he thought all was lost, something below him appeared to change his fate.

He didn’t know whether to be relieved or terrified. 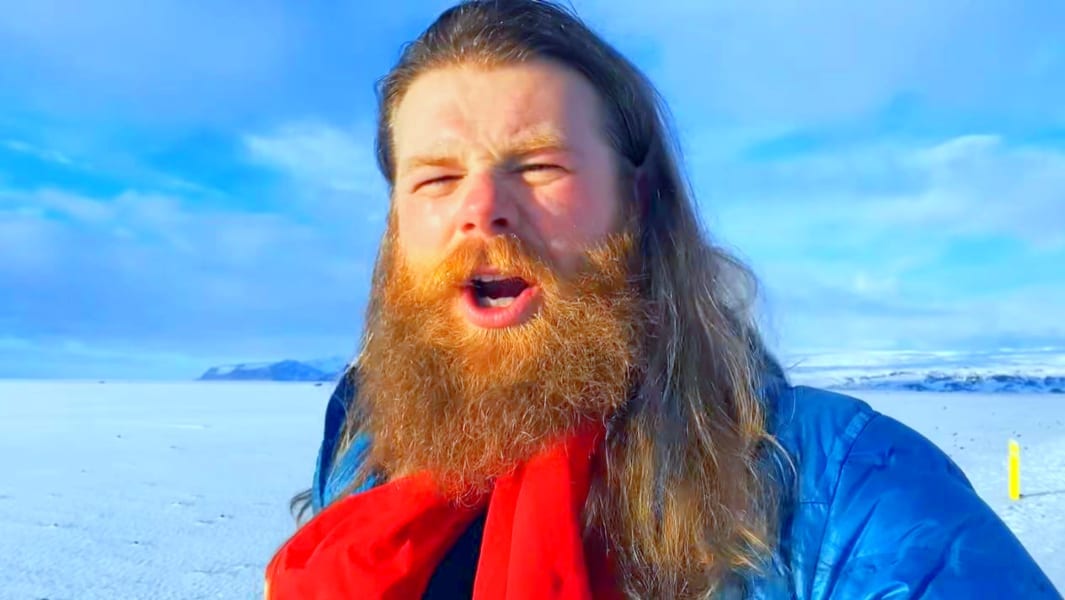 Archeologist Doctor Rick Knecht was beyond excited to be heading back to the Alaskan excavation site. They had only been able to access the isolated region after the long-frozen ground had thawed and he was desperate to find something before the rapidly warming Agaligmiut area disappeared into the Bering Sea.

If only Rick knew how much danger he was in of vanishing himself. When Rick and his team from Scotland’s University of Aberdeen arrived in Alaska, they were stunned by what they found. The area in which they had hoped to find some lost artifacts from the shamanistic tribe had melted even faster than they thought.

But there was one thing that had emerged by the cliff face that fascinated Rick. A short way down the walkway, an ice cave had presented itself. And he just had to go inside. 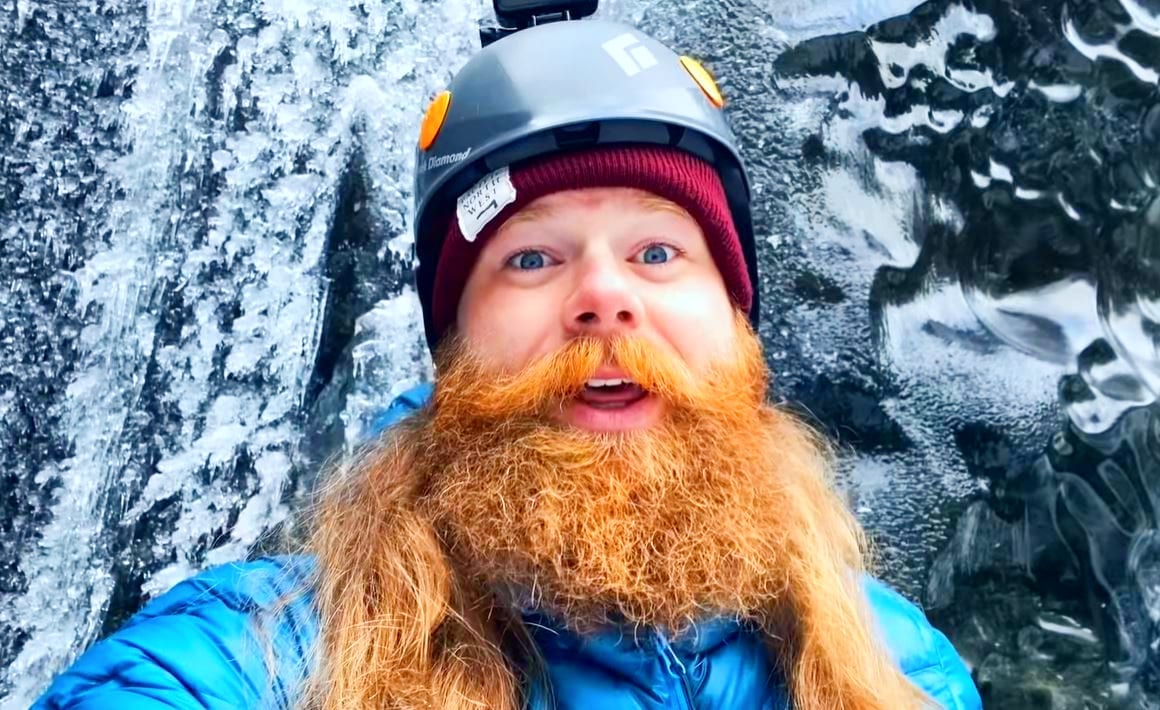 Rick was an archaeologist at heart, but he also had a strong sense of adventure, a spirit his more risk-averse colleagues didn’t share. Something told Rick that if he was going to find the shamans’ ritualistic artifacts, the cave was the best place to start.

But with the rest of his team nervous about the cave’s proximity to the sea and the eroding land, Rick had no choice but to enter the cold, dark cave alone. Something that particularly interested the daring historian was the shamans’ ritual slaughtering of animals and returning them to the sea so they might be born again. He’d really hoped to find something related to the ancient ceremonies in the cave.

He could see the water droplets cascading down the ice wall, but the excitement of finding something connecting the spiritual healers from the past to the present day forced him deeper inside. Then he heard the cracking sound. 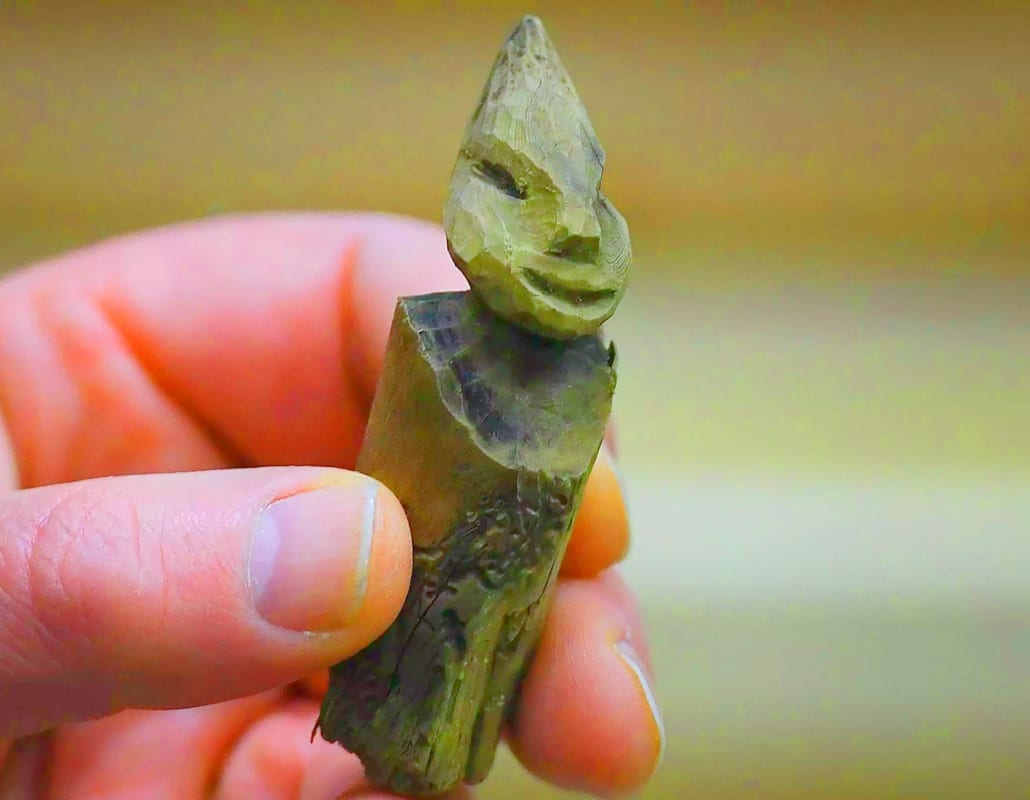 The shamans that lived on the land believed in both good and evil spirits, and as the floor started to shift beneath him, Rick felt like he’d angered one of the two.

When he heard the noise, Rick had been frozen to the spot. But things had calmed down now. Maybe it was one of the team on the surface firing up the digging equipment. Still, it was probably safer to turn back. Then he noticed something glimmering in the distance. 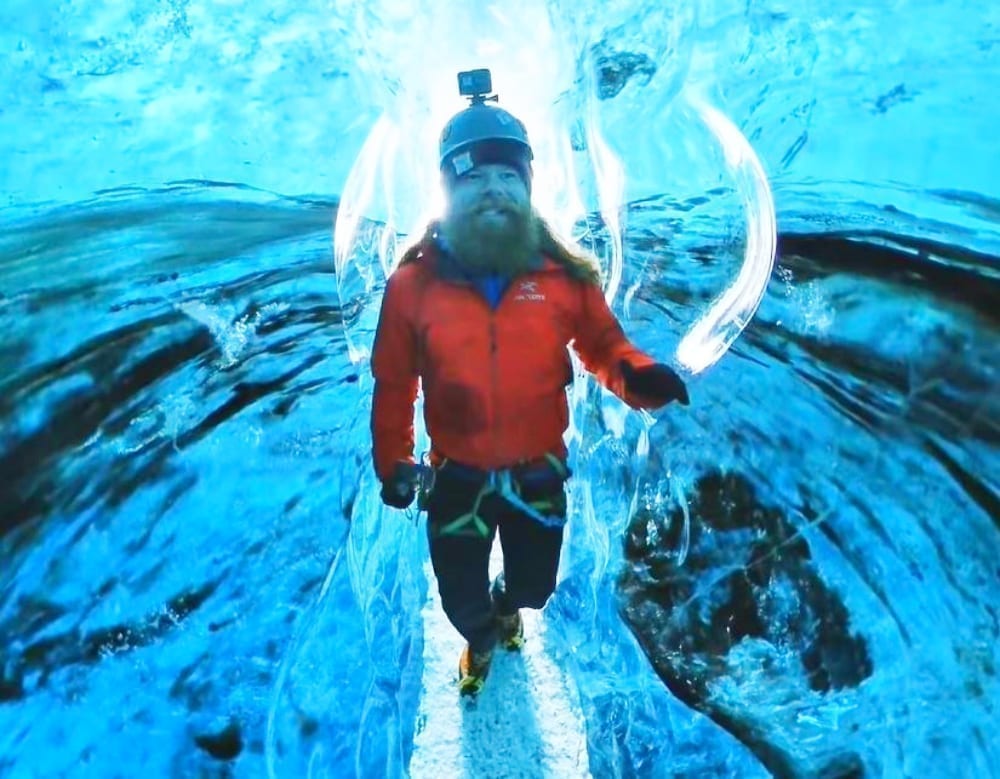 Suddenly, large cracks began to appear in the ice. Rick could feel it giving way under his feet, but he was only a few steps from what could be the treasure he’d been searching for his entire life.

As he took a step closer to see what it was, the ground before him abruptly caved in, dropping the object into a pool of freezing water. Rick raced to the exit, but there was some serious danger in store for him. When he reached the mouth of the cave, Rick found an icy expanse of water blocking his exit. He called out to his teammates, but the strong sea winds muffled his cries for help.

Rick wished he’d never been so stupid as to enter an ice cave alone, and now he felt like his number was truly up. He knew there were only two things he could do, and they were both equally as dangerous. 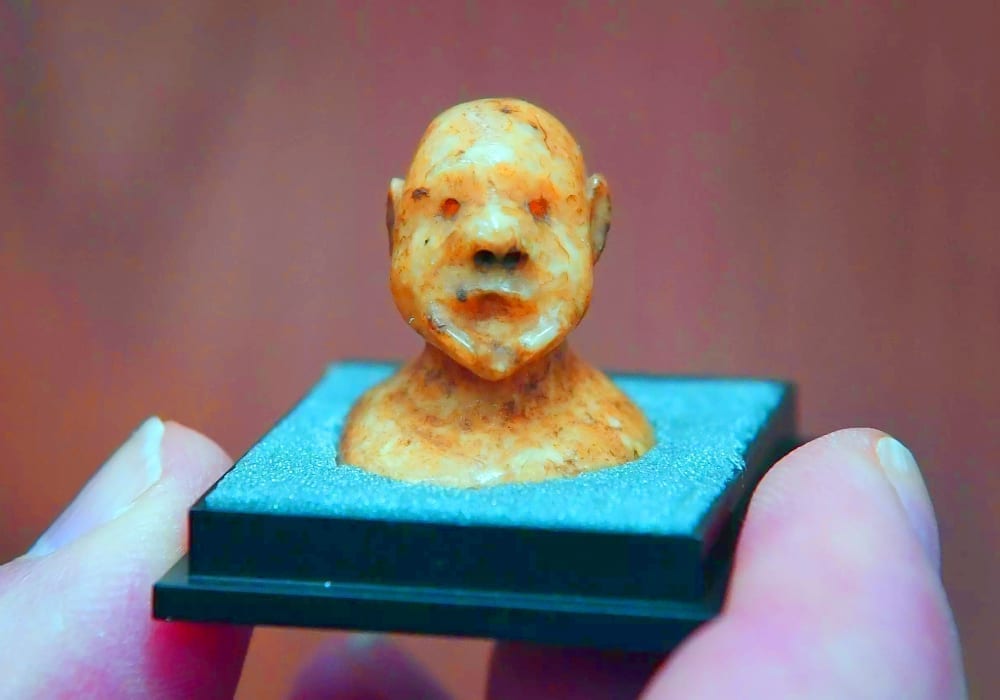 Rick had two choices, journey deeper into the cave and hope to find another way out, or dive into the freezing water and hope the shock wouldn’t prevent him paddling to safety.

But his mind was racing and he couldn’t think clearly. As he stared into the water, Rick was convinced he saw a pair of eyes staring right back at him. Rick reached into the icy water and pulled out a shaman mask. The intricate carvings suggested a belief in shapeshifting, confirming his theories. This was everything his career had been leading to, and it had been incredibly well preserved by the ice.

Without a second thought, Rich threw the mask out of the cave as hard as he could. “Rick!” shouted his assistant. His team had seen the mask he’d thrown from the cave and came to his rescue. Fortunately, the shaken explorer was able to crawl out over some planks and rejoin his colleagues.

Rick had stumbled upon a haul of more than 50,000 ancient treasures including ceremonial masks, sculptures, busts – even tattoo needles. And they told a dark tale. The University of Aberdeen uncovered the remains of the former village who had perished at the hands of some kind of regional battle.

One theory suggests an uprising of female tribe members who had disguised themselves as men to launch an attack. Another claims outsiders looking for gold brought disease into the village, wiping them out entirely. Did people ever just get along?