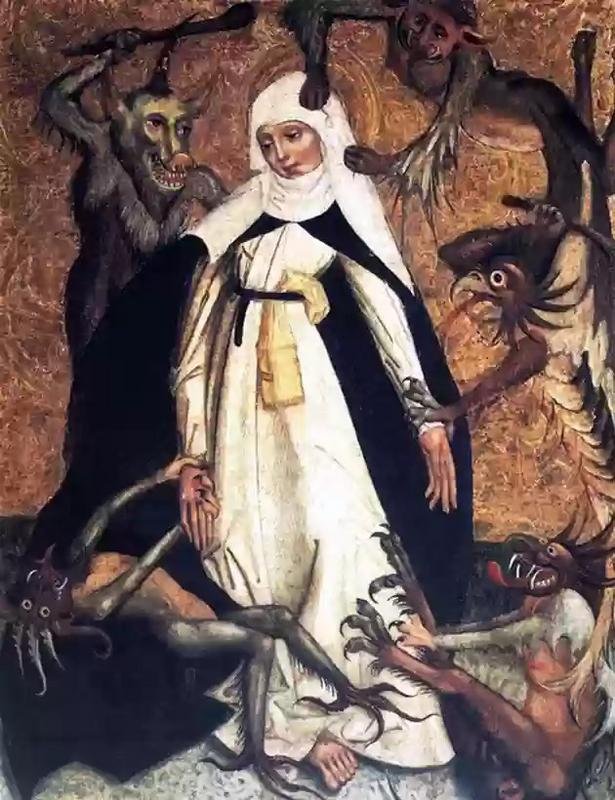 The nuns were frantic when they finally burst into the room of 31-year-old Sister Maria Crocifissa Della Concezione on that fateful night in August 1676. The nuns of the Palma di Montechiaro convent in Sicily didn’t know what to do when they found her on the floor of her cell, her face covered in ink, clutching the mysterious note. According to her, the 14 lines of archaic letters and symbols had been written by the devil himself in an attempt to turn her from her beliefs.

Devil Of A Puzzle

For centuries this note has remained an undecipherable mystery that has defied all attempts to understand the text. However, thanks to a dedicated team the mystery has finally been solved. Ludum Director Daniele Abate is part of the team who managed to decode this centuries-old mystery and the results were surprising. The key to deciphering the note was Sister Maria herself. “When working on historical decryption, you cannot ignore the psychological profile of the writer. We needed to know as much as possible about this nun,” Abate explained. “The letter appeared as if it was written in shorthand. We speculated that Sister Maria created a new vocabulary using ancient alphabets that she may have known.”

The team carefully examined all the characters and symbols on the note and found that it contained a mixture of symbols and words from various languages and alphabets including Greek, Latin, Runic and Arabic, as well as a number of graphisms. “We analyzed how the syllables and graphisms [or thoughts depicted as symbols] repeated in the letter in order to locate vowels, and we ended up with a refined decryption algorithm,” Abate explained. Even so, the team was not very optimistic that they would find anything more than a few words.

More Than They Expected

“We thought we could just come out with a few words making sense. But the nun had a good command of languages,” Abate said, adding “the message was more complete than expected.” While the note rambles on and isn’t entirely understandable, the team uncovered more than they thought. Among the lines they discovered were ones claiming that the Holy Trinity are no more than “dead weights.” Another passage states “God thinks he can free mortals … The system works for no one … Perhaps now, Styx is certain,” which is, of course, referring to the river Styx from Greek mythology which leads souls to the underworld. So who really wrote the letter? Satan himself? Or was it the nun and if so, why would she write such a thing?

The Mind Of A Writer

Based on the letter and accounts of Sister Maria’s life, Abate believes that it shows evidence of Sister Maria suffering from bipolar disorder or schizophrenia. “The image of the devil is often present in these disorders. We learned from historical records that every night she screamed and fought against the devil,” Abate explained. The 17th-century church, however, considered it proof of Sister Maria’s triumph over “innumerable evil spirits.”