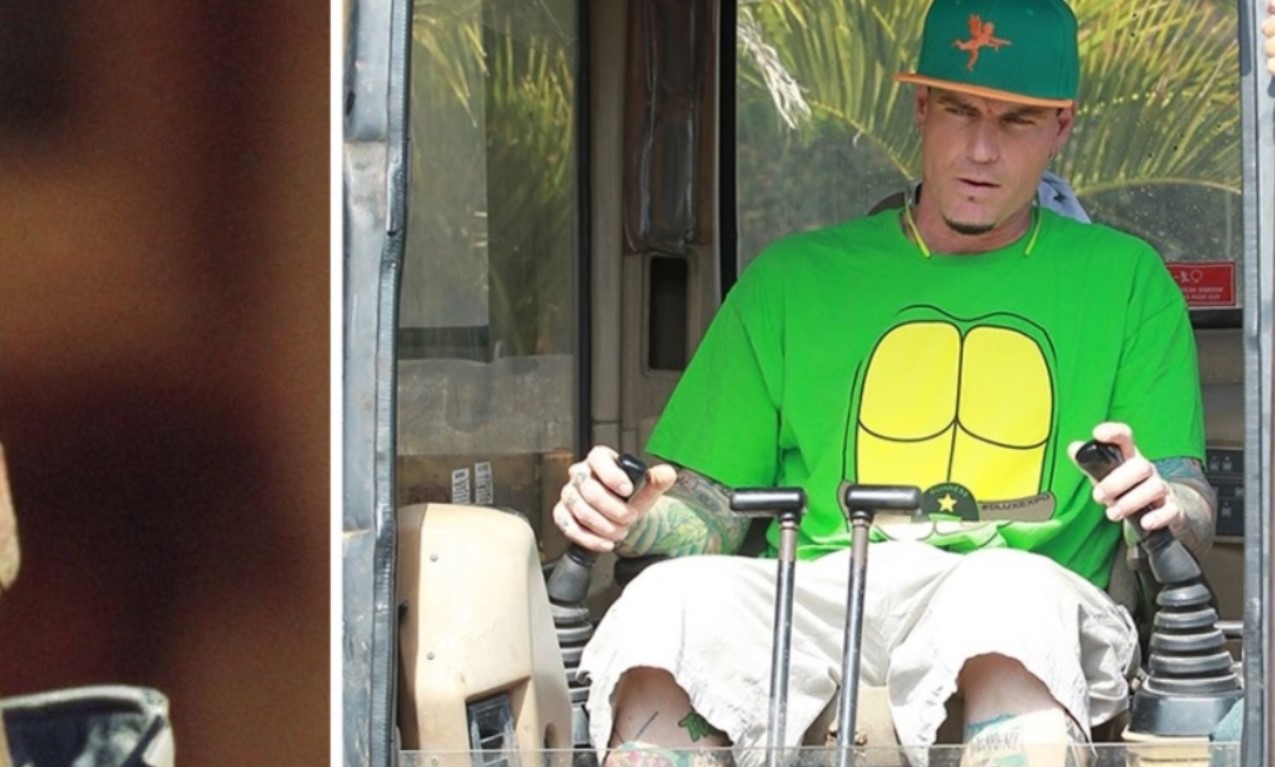 People disappear all the time, but when celebrities disappear from the spotlight. Hundreds of thousands of fans notice and wonder where they’ve gone.

Some celebrities disappeared from the big screen to take some time off and then reappeared without so much as a warning. 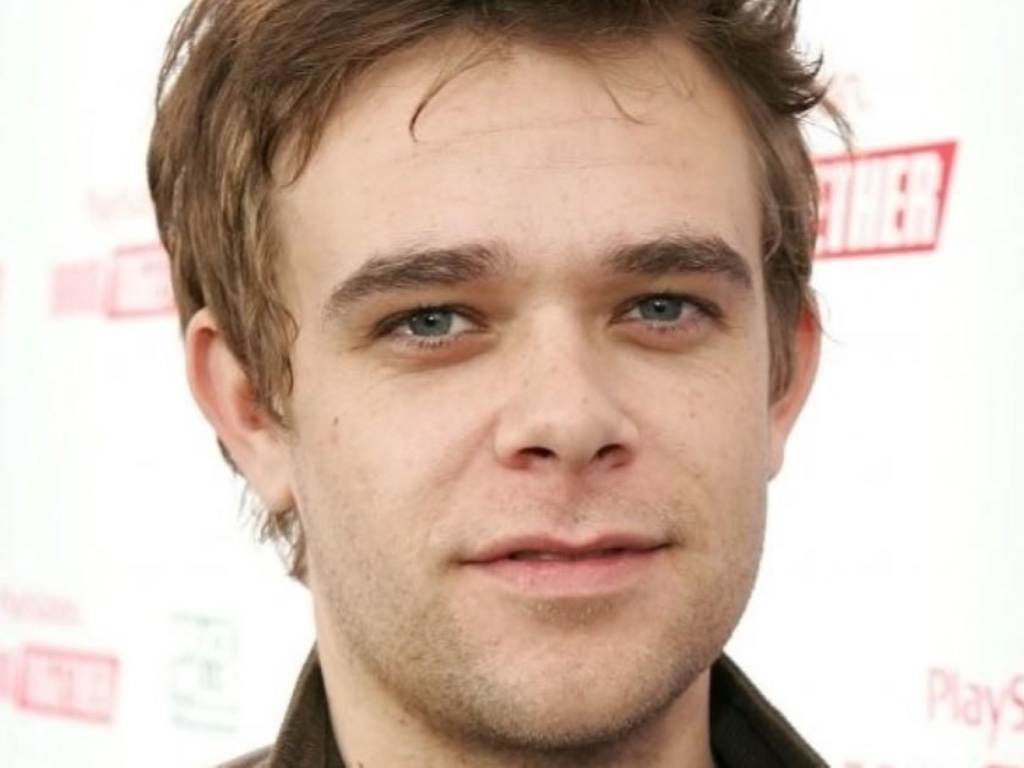 Jason Earles first popped onto our scene in Disney channel’s hit sitcom, Hannah Montana. After finishing the show however, he suddenly disappeared off our screens for a whole year.

We presume it had something to do with celebrating and taking some time off after a significant chapter of his life closing. 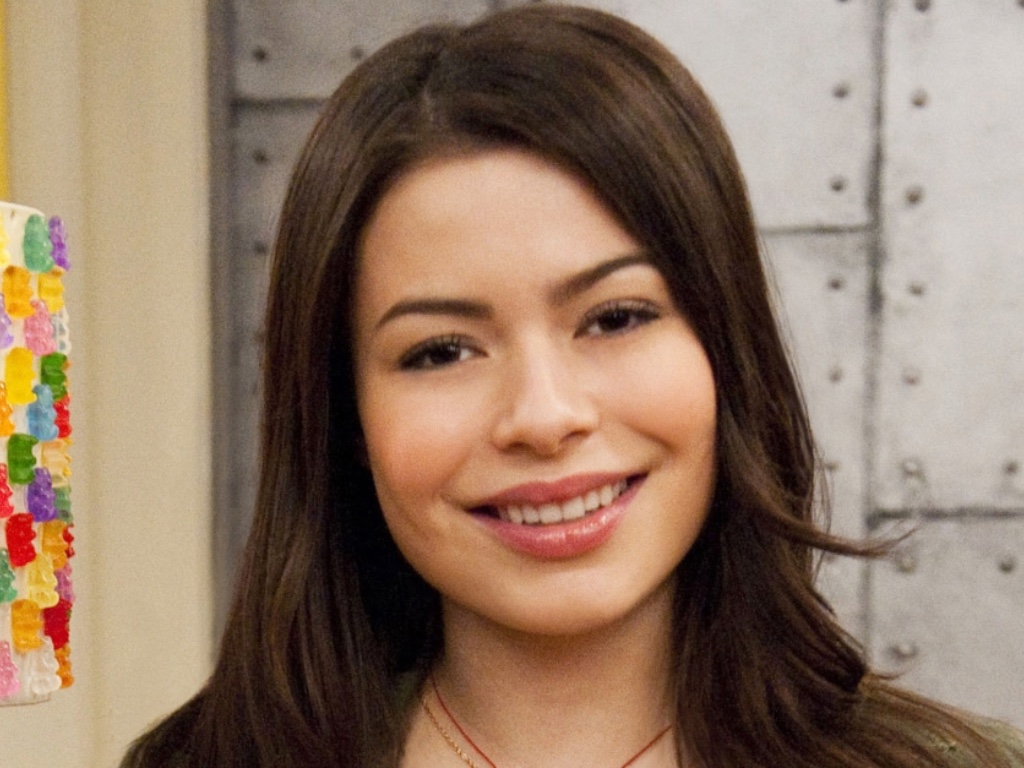 Perhaps you recognize Miranda Cosgrove as her character ‘Carly Shay’ from her hit tv show iCarly. Once iCarly ended filming in 2012, it seems as though Miranda has disappeared off our screens.

That may be because she took a 4-year hiatus where she focused on her personal life and growth. Now, she’s back with a vengeance with iCarly resuming in 2021! 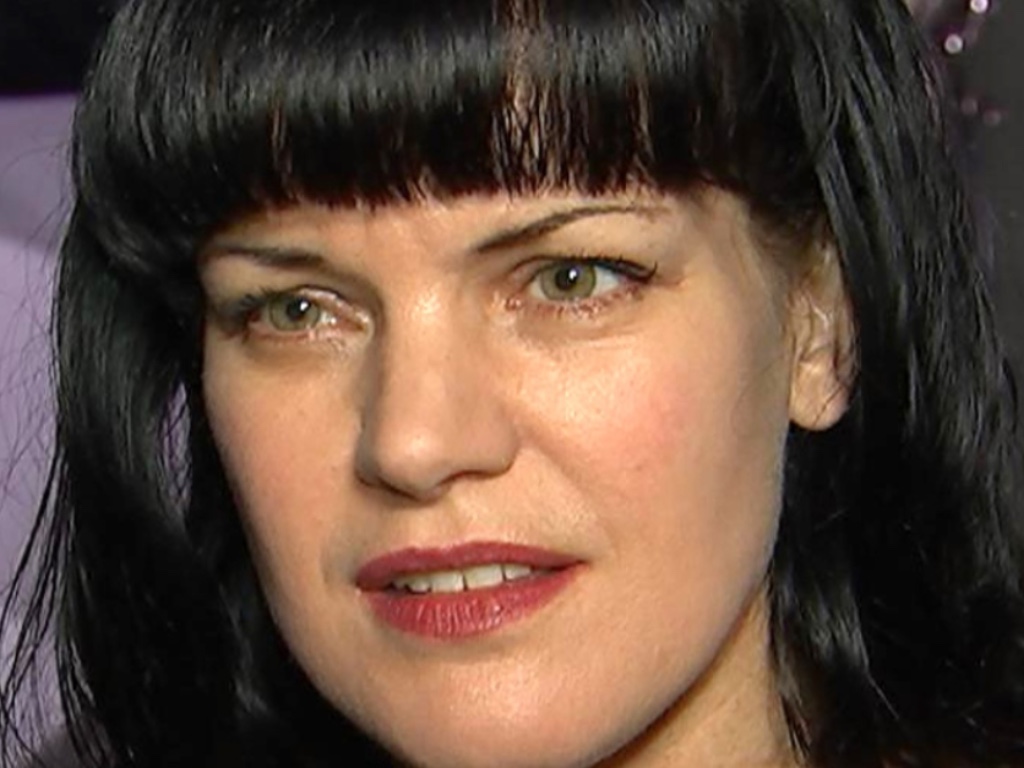 Since appearing on the big screen as Constance “Connie” Baker in Mona Lisa Smiles, Ginnifer Goodwin has starred in a number of wonderful films before suddenly going MIA in 2012.

However, little did we know, she was actually still working, doing voiceover’s for movies like Tinker Bell and Zootopia. Now, she prefers a quieter life acting on tv shows rather than big films. 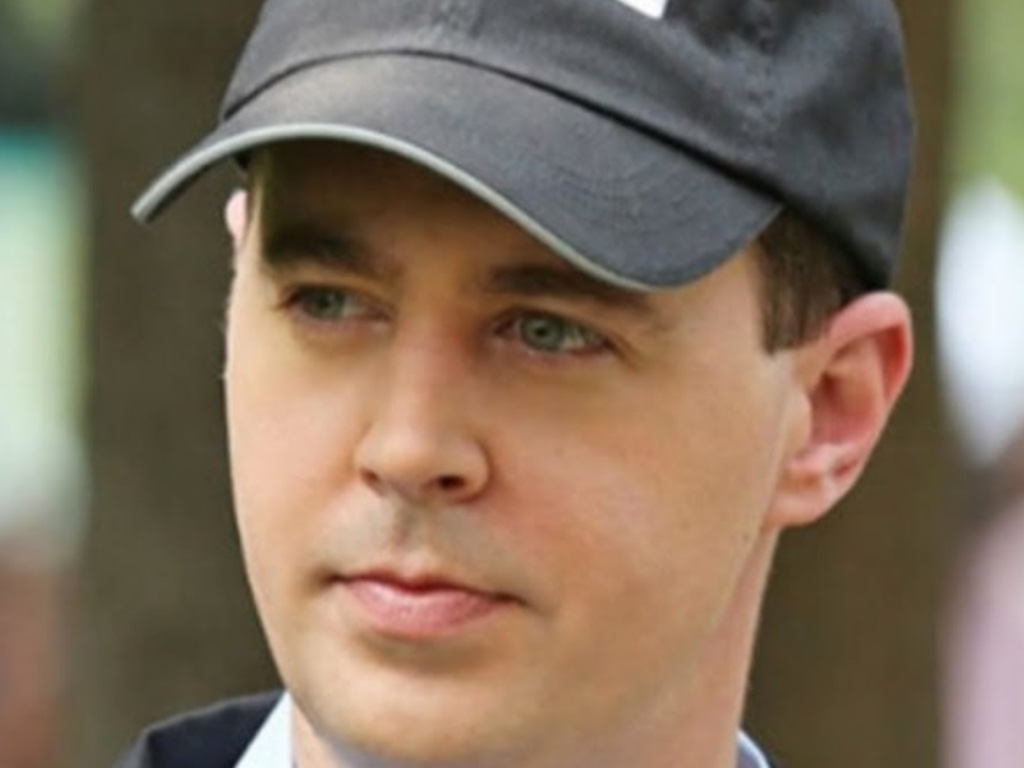 NCIS’s Sean Murray, who plays the role of Timothy McGee is a much-loved actor that’s become a very familiar face over the years.

However, before finding his destiny with Timothy McGee, Murray struggled to find good roles which left him taking a quick break to rethink in 2002 just before he was successfully cast on NCIS. 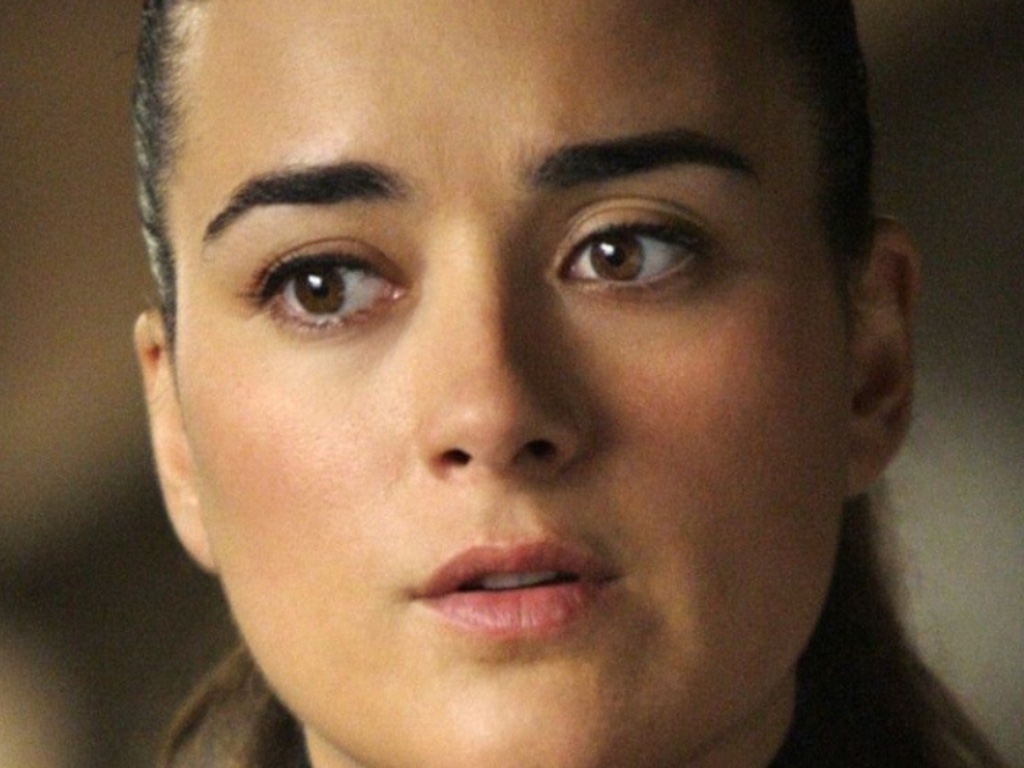 Cote de Pablo is best known for her role as Ziva David in NCIS. It was a show that gave her a lot of success. So, why did she abruptly leave the show in 2013?

Reports say she wasn’t satisfied with the script and refused to accept the pay increase the show offered her to stay. However, after a long hiatus, she’s making a reappearance on the show. 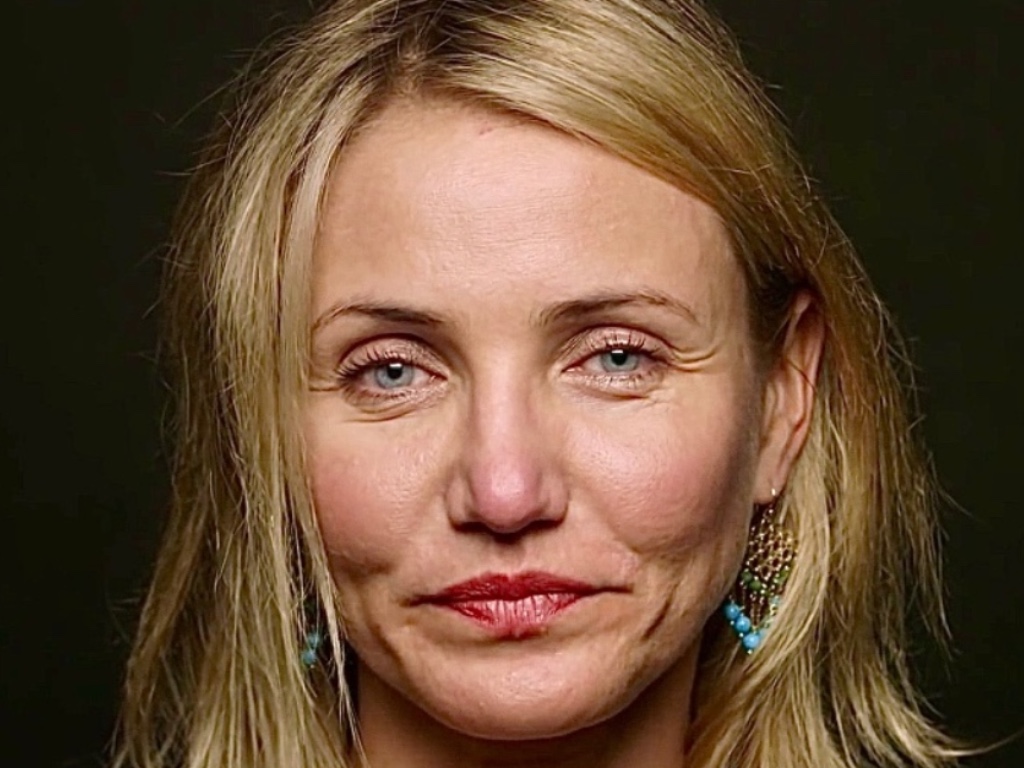 After exploding onto our screens in the 90s, Diaz cemented herself as one of Hollywood’s leading actresses for two decades.

However, she hasn’t appeared in a film since 2014. When questioned about her absence, she explained that after working full time for so long in the movie business, she no longer felt ‘whole’. Although she hasn’t stated that she has quit the movie industry, she did say that she needs time to herself to recharge. 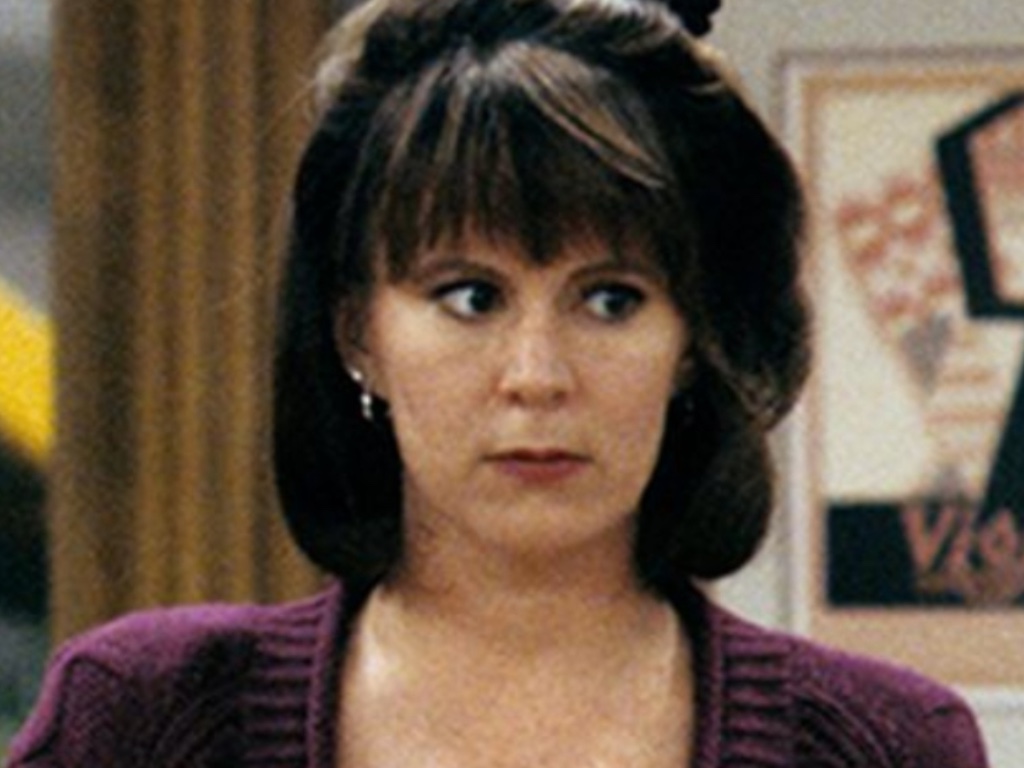 After her break through film, Miller’s Crossing in 1990, Marcia Gay Harden has had a long and prosperous career in acting that continues to this day.

However, Harden also stepped back for a year, only accepting voice roles as she spent time trying to focus on a marriage that soon landed in divorce. 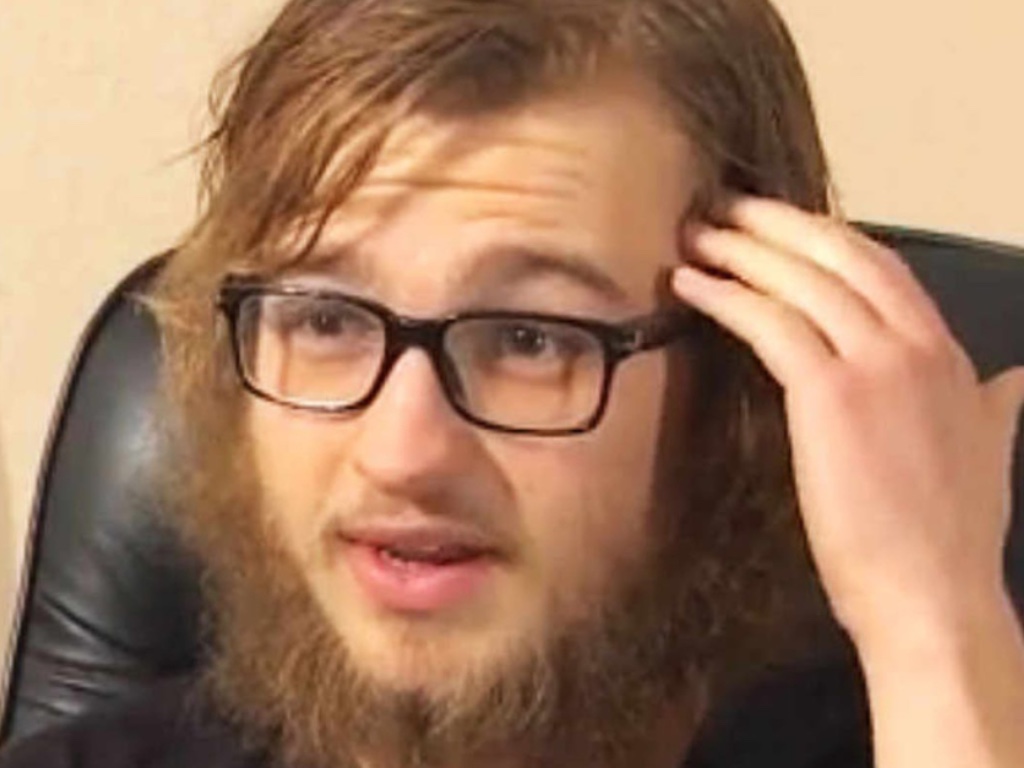 Jones is best known for his child role as Jake Harper in the popular sitcom, Two and a Half Men. The show aired for 10-years and made Jones the highest paid child actor.

However, after Jones was baptised in 2012, Jones declared that he no longer wanted to appear in the show, calling it “filth”. He was soon pulled from cameo appearances thereafter. 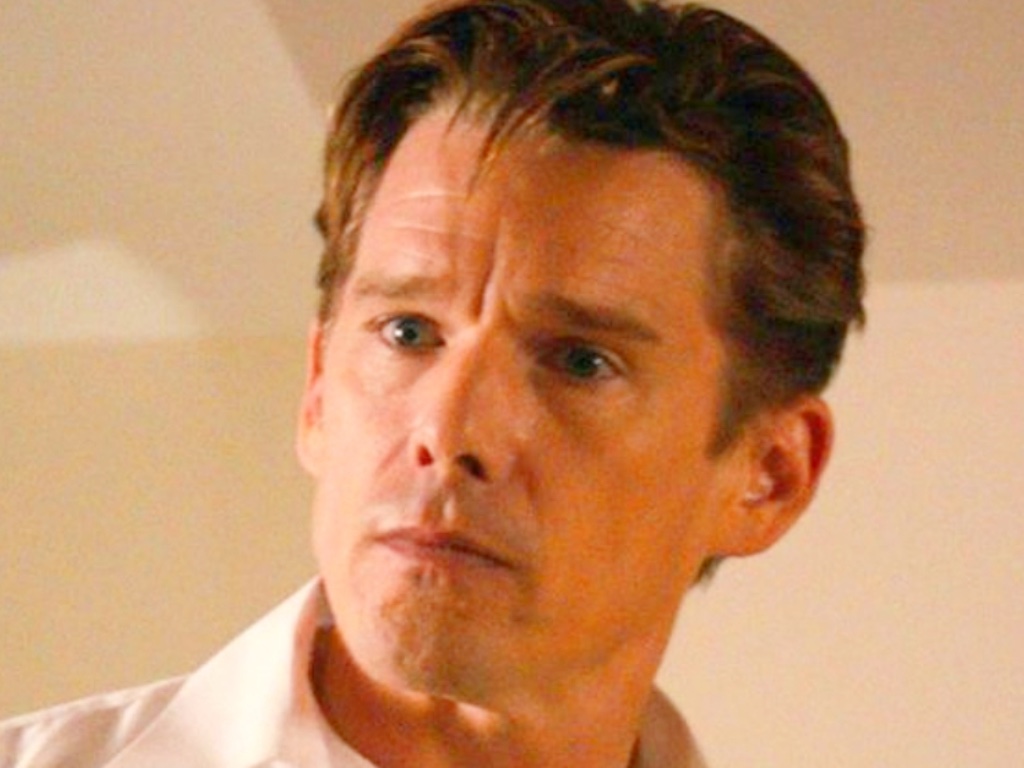 We don’t know why he did this but we presume he had made a decision to be pickier with his roles. Worked out for him, w 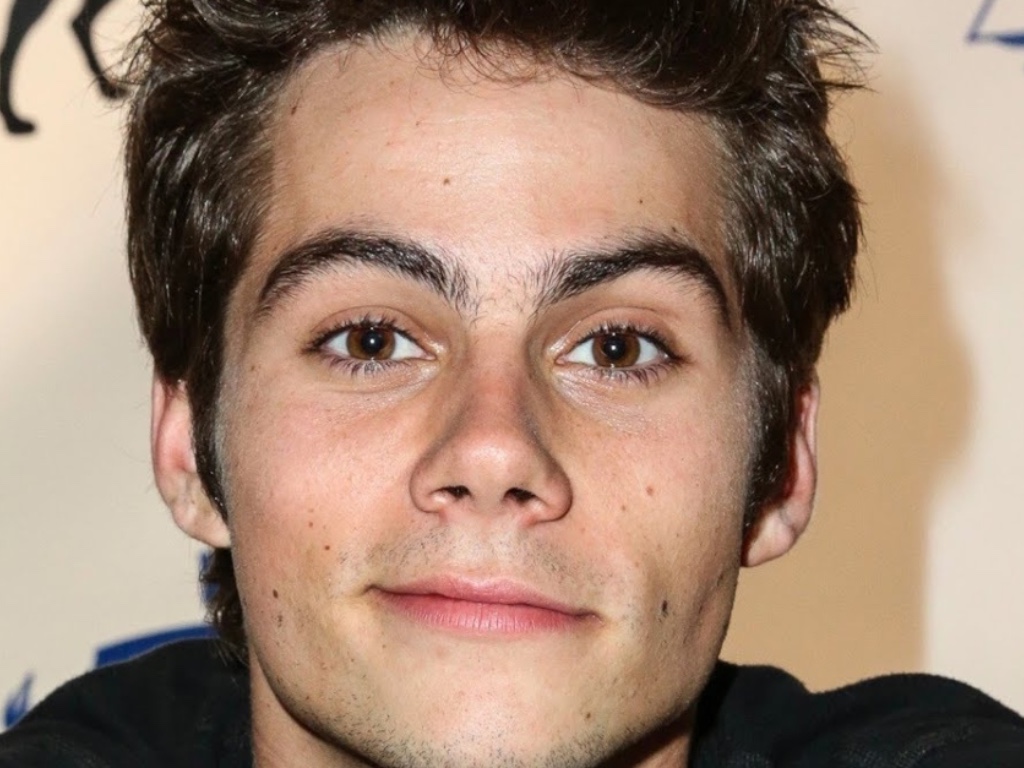 Perhaps you recognize O’Brien as Stiles from the tv show Teen Wolf or Thomas from the film The Maze Runner. Either way, we’re sure you’ve seen his face on screen. But not in 2019.

While filming Maze Runner: The Death Cure, O’Brien sustained serious injuries filming a stunt. In 2019, he took a year out, only to reappear on our screens once more. 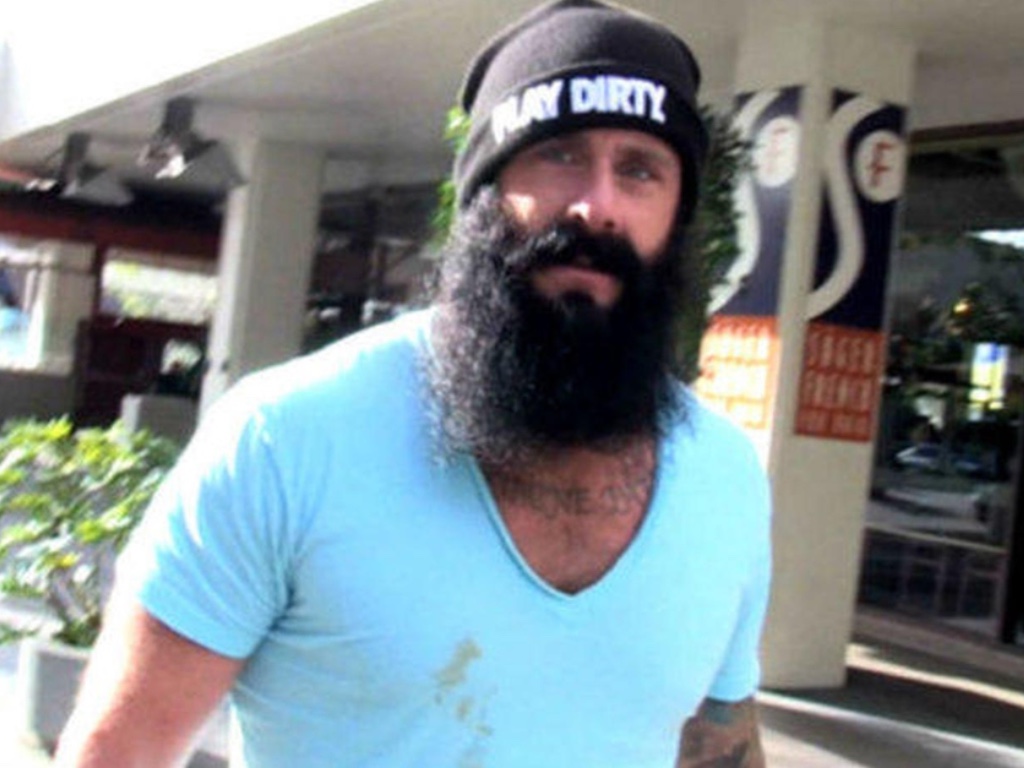 Tom Cullen has appeared on a number of hit tv shows like Black Mirror, and Downtown Abbey. But he made his true fame as the lead role in the historical drama series, Knightfall.

However, since it’s completion in 2019, Cullen has disappeared from our screens. 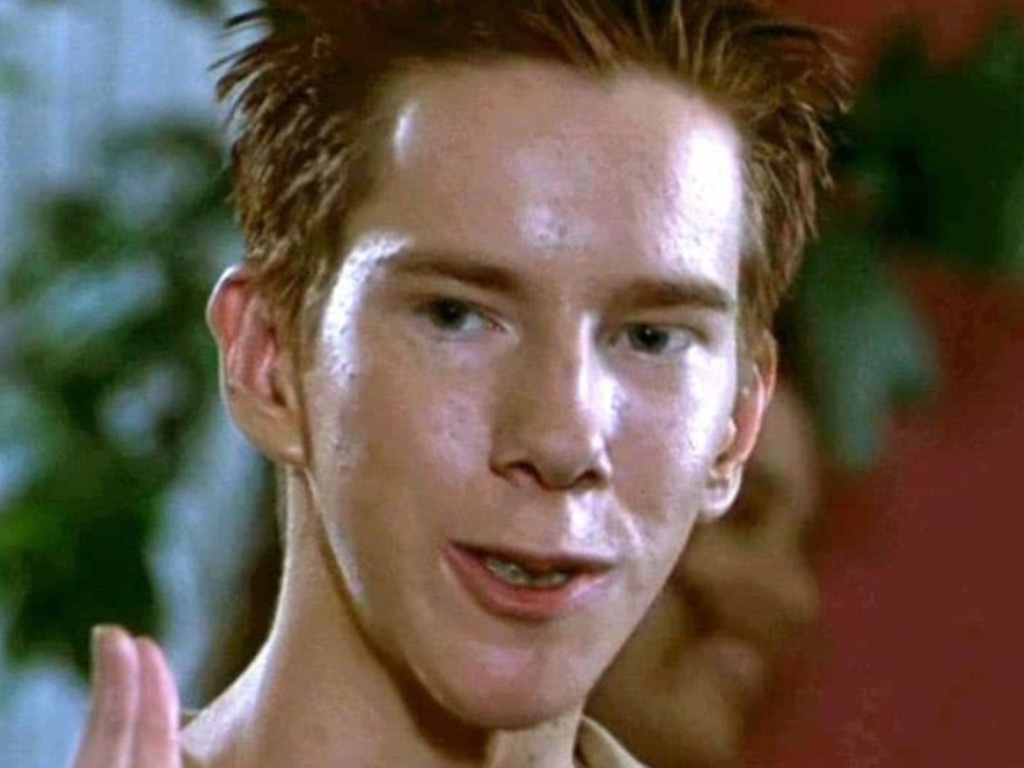 In 1999, Owen appeared in the hit comedy movie, American Pie. He played the role of Chuck Sherman, a teenager who boosts himself as a “ladies man” and goes by “The Sherminator”.

Owens continued to act but ran into difficulty attaining good roles. In 2014, he took a year off, working in a sushi restaurant to allow him to continue to persue acting. Best known for his performance on The X-files as Agent Pendrell, Beiser seems to have kept away from our screens for the past decade.

However, that might be due to his duties with his own production company, Duck, a Whale. Maybe one day he’ll return to acting but at the moment, it’s not looking likely!

America rapper and actor, Vanilla Ice enjoyed a busy musical and acting career for a number of years before taking a break after 2016.

This was also the time his first marriage come to an end. He has since remarried and appeared in a couple of cameo roles in 2017 and again in 2020. 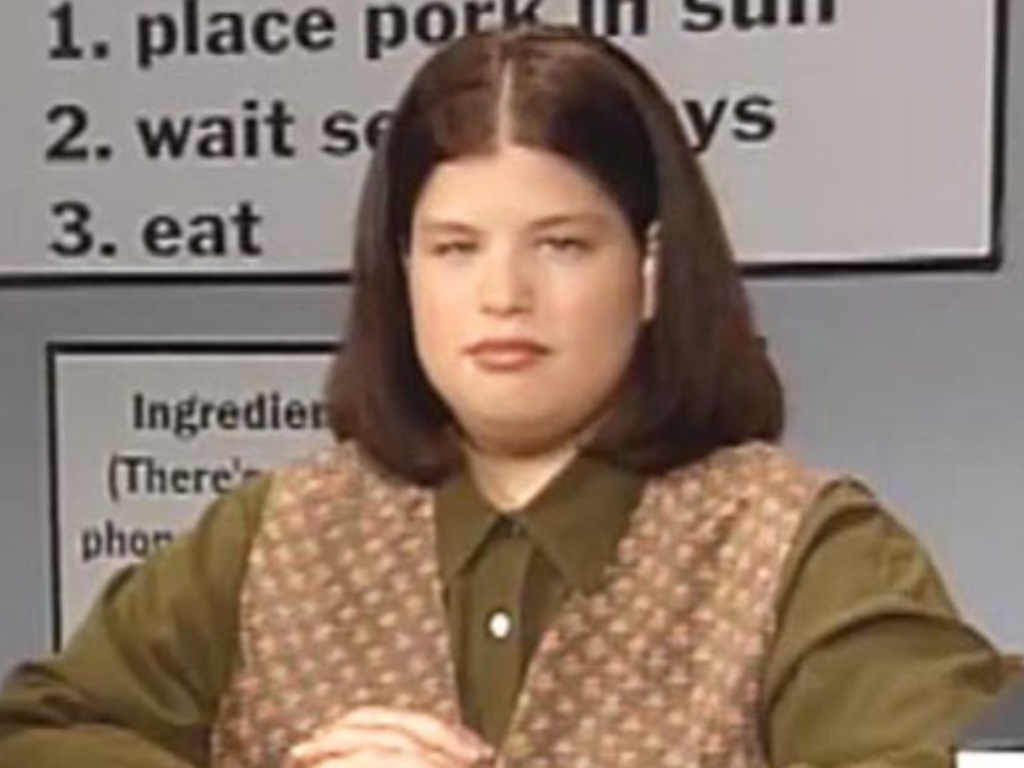 Denberg found her success when she first appeared in All That in 1994. However, after appearing in The Steve Harvey Show in 2002, she all but disappeared from any major roles before reappearing to All That in 2019.

We’re not sure why Denberg took a back seat for so long but we’re sure she was attending to her personal life!

Taylor Lautner is undoubtedly best known for his role as Jacob Black in the Twilight film series that ended in 2012. He continued to act in smaller roles until 2016 but hasn’t been seen on-screen since!

Lautner resides at his family home and was quoted in the past saying he wanted to get back into education. Perhaps he’s doing just that? Amanda Bynes is another actor that found fame and success very young. But it turned out to be to her detriment.

In 2010, she declared she was taking an indefinite hiatus from the limelight to get her personal life in order. In 2018, Bynes stated that she planned to return to acting however she hasn’t done so yet. 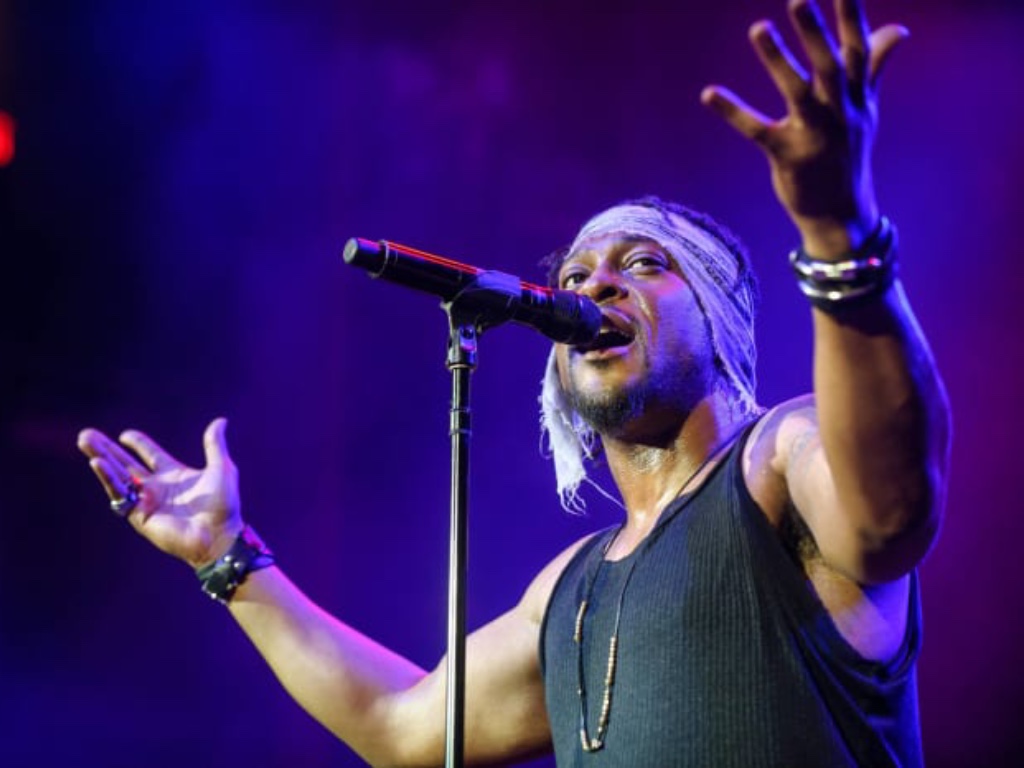 D’Angelo catapulted into fame with his video for “Untitled (How Does It Feel)” from his 2000 album “Voodoo.” However, the video made him a sex symbol which he was extremely uncomfortable with.

This made him take a hiatus that ended up lasting 14 years! In 2014, he released a surprise album, “Black Messiah”, that reminded people of what they were missing. 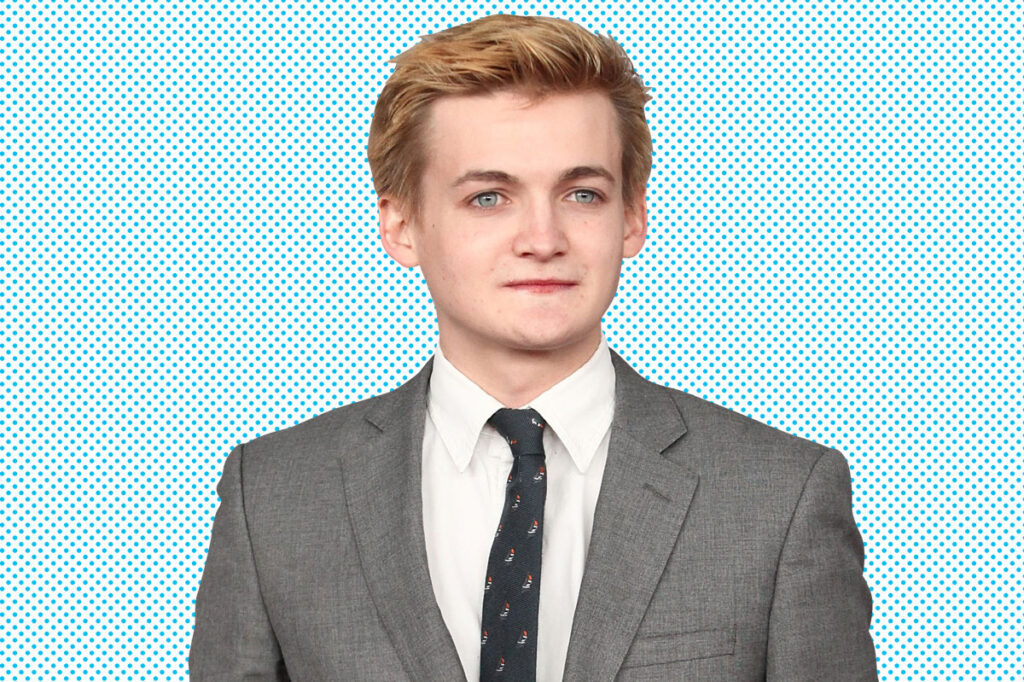 He starred as the character everyone loved to hate in Game of Thrones; Joffrey Baratheon. And he played him very well.

Being such a fine actor, it was a shock to hear that Gleeson had turned his back on acting so that he could pursue a degree in Philosophy in his native country, Ireland. It’s not a surprise to many that Chappelle walked away from his titular sketch show on Comedy Central, and a big cheque, to remain hard to find for several years.

He even went as far as South Africa to debrief. But anybody who walks away from a $50 million contract definitely deserves peace!