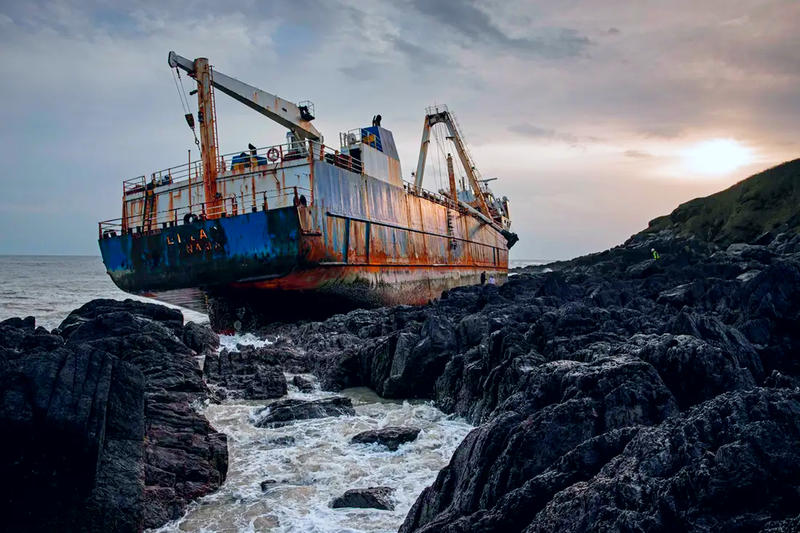 Boots hit the rusty deck as the naval officers boarded it, they quickly broke into groups and started searching it. Their commanding officer told them to look out for anything since the ship had appeared under such strange circumstances. They had to figure out what was going on.

After the Navy had conducted a thorough search on the ship, they couldn’t find a soul on board. The ship itself had gone missing over a decade ago, and there was something hanging off of the front. 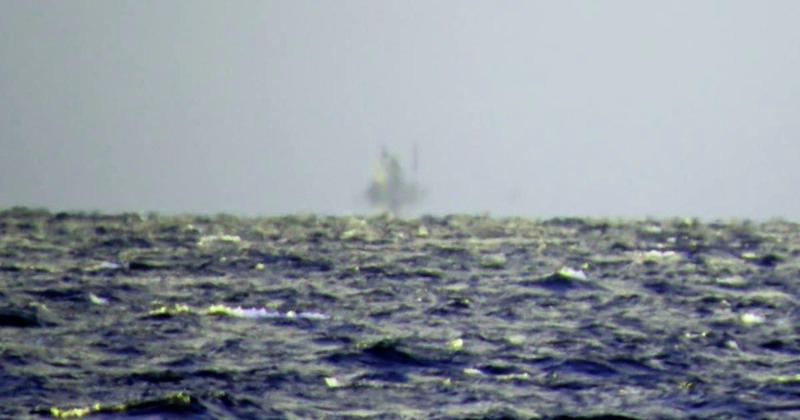 Two fishermen were going about their normal lives when they saw something in the distance off the coast of the Yangon Region in Myanmar. It was the morning of August 30, 2018, and they had expected to have a normal day on the water.

The men jumped to their feet as they saw a ghostly figure emerge on the horizon. Ships never sailed through there, it was no shipping lane. Maybe not one that had been used in over a century.

On Course To Crash 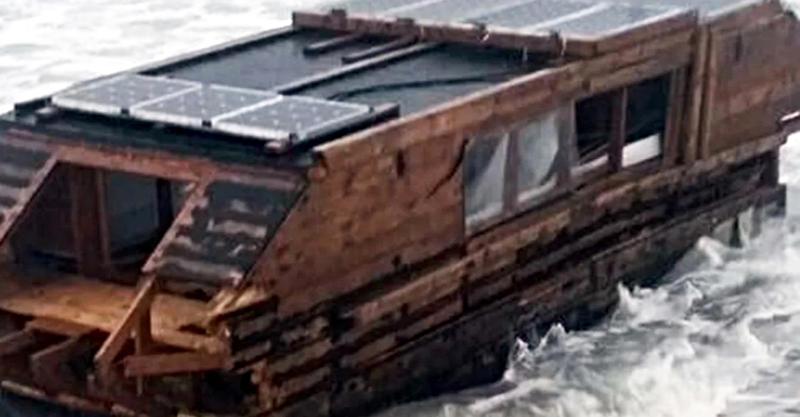 Their surprise turned to concern when the realized that whatever it was, it was headed straight for them. They had to act quickly.

They scrambled on the deck of their small boat and tried desperately to maneuver it out of the path of the huge ship. They called the Coast Guard, but they couldn’t help when they arrived. The Coast Guard decided to call the police, who called the Navy. The departments all come onto the beach and stared in wonder at the sight before them.

This was no Burmese ship. The Sam Ratulangi wasn’t a familiar name and no one had ever reported it missing. The ship itself seemed to be in good shape but that just made the fact that no crewmen were on board even stranger. 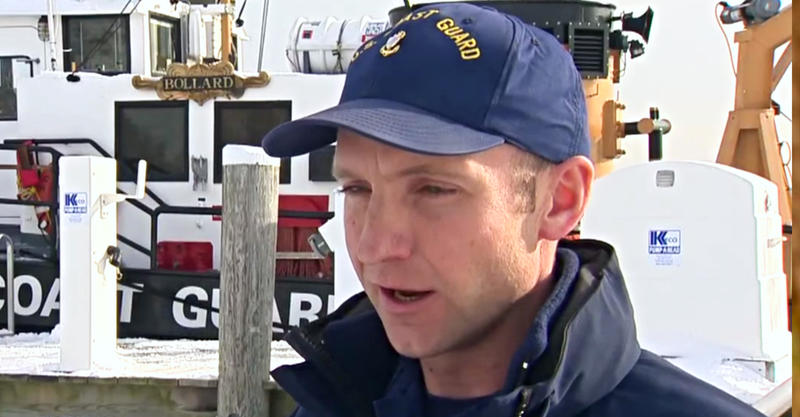 The regional parliament MP named U Ne Win from Thongwa told reporters at The Myanmar Times, “No crew or cargo was found on the ship. It was quite puzzling how such a big ship turned up in our waters.”

They had conveniently left out a crucial detail that they had found on the ship. The clue they had found pointed them in the direction of what happened to the ship and it was hanging right off of the side. 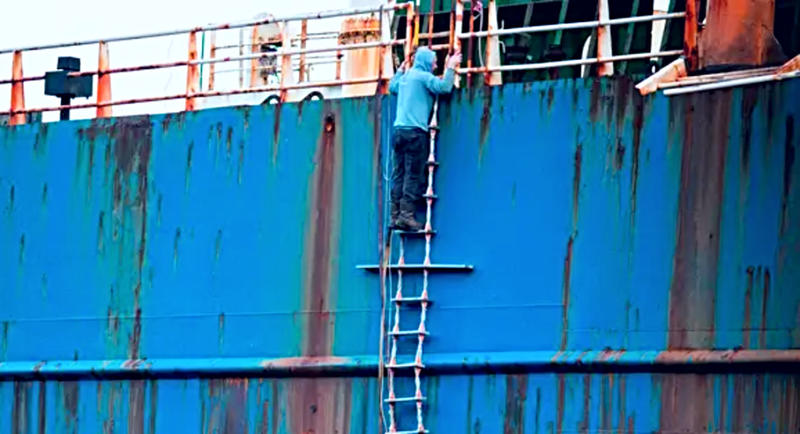 The Sam Ratulangi was constructed in 2001 and was 580-foot long. It was a large container ship that was originally sailing under Indonesia’s colors. The same year it started its maiden voyage.

For eight years it traveled the ocean, doing its job transporting cargo to anywhere that needed it. How did it get lost at sea then? And how did it make its way all the way to Myanmar after ten years without a caption? 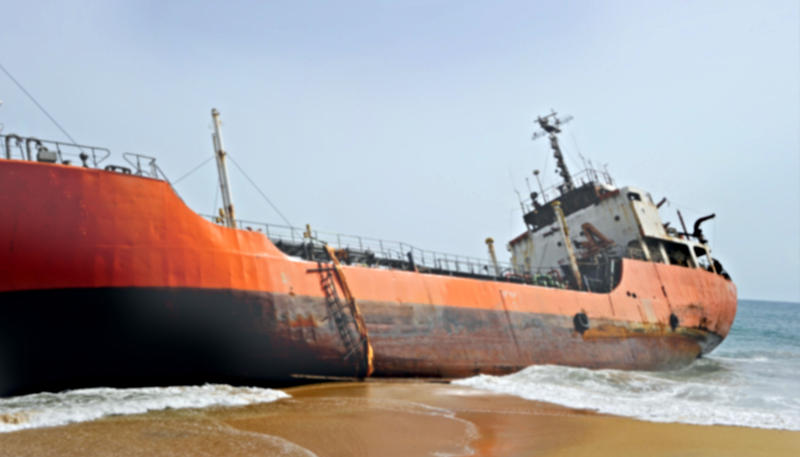 The manifesto that was found on the ship indicates that its last voyage was in 2009. The officer read it again, he couldn’t believe that it had been more than a decade. He could feel a knot twisting inside his gut.

What helped the investigators understand more of what happened between 2009 and when it almost smashed straight into the fishermen a decade later were the two cables had hung uselessly off the ship. The cables indicated something was missing, so investigators searched around where the vessel was found and sure enough, a tugboat called Independence was found almost 100 kilometers from the ship.

When the Navy decided to board the tugboat it was a far cry from when they boarded the “ghost ship”. Onboard the Independence were 13 crewmates. What made things even more confusing though was the fact that the tugboat ran a Singaporean flag when the crewmembers were Indonesian. Still though, maybe they had information about the Sam Ratulangi? 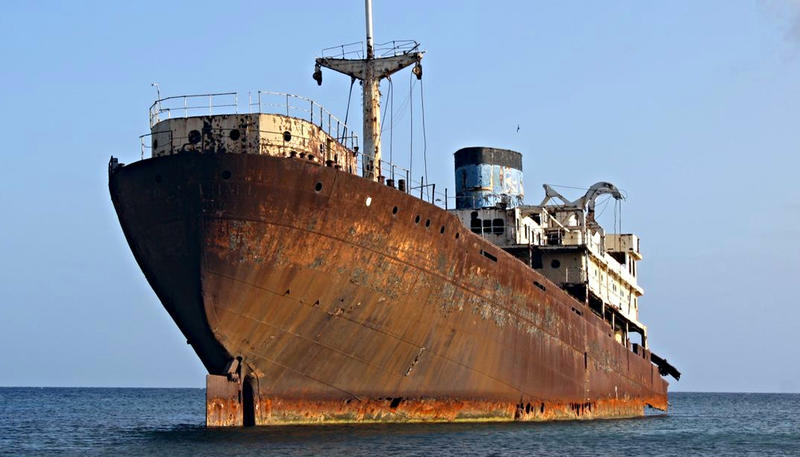 Even though the crew had its own people on board the Indonesian government told the Navy that it was a commercial vessel. Muhammad Iqbal, the director in the Department of Citizen’s Protection insisted that the vessel had nothing to do with the government.

Still, the Navy was curious about the men in the tugboat, what were they doing? But soon enough they got answers. They brought the men in and interrogated them. The men spilled everything and told the Navy that the tugboat was towing the Sam Ratulangi. Its destination? A factory in Bangladesh.

The tugboat had met its share of trouble along the way and extremely bad weather had caused their tow cables to break in the storm and cause the “ghost ship” to head for the beach. The owner of the Independence tugboat is thought to be from Malaysia, although exactly how he came across the Sam Ratulangi and what happened to its original crew remains a mystery.

Bangladesh is well-known for its ship-breaking industry. Hundreds of old commercial vessels are dismantled in Chittagong every year, despite the controversy surrounding its poor regulations and dangerous labor practices. The investigation continues. The Sam Ratulangi isn’t the first “ghost ship” to appear in recent times. Several boats have been swept off to the coast of Japan, believed to be North Korean boats that headed too far out in search of fish.

Surely it shouldn’t be so easy to lose something as big as a boat. But perhaps it’s simply a testament to the sheer scale and perilous nature of the oceans they roam.