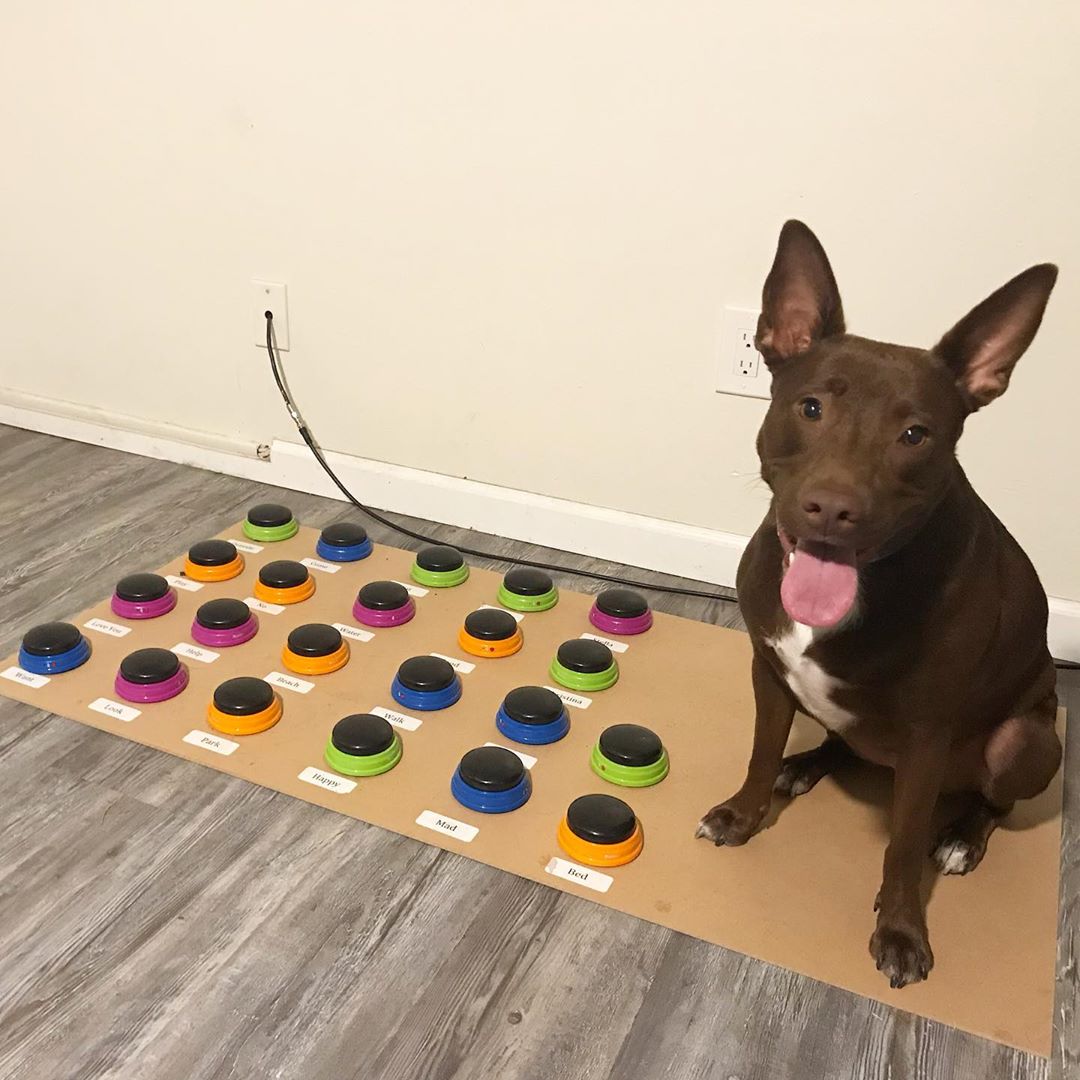 When you hear the words ‘talking dog’ you mind most likely jumps to famous cartoon dogs like Scooby-Doo, Courage, or even Blue from Blue’s Clues. Believe it or not, talking dogs don’t only exist on TV anymore.

You might be picturing a crazy-haired mad scientist cackling in some dingy lair somewhere when you try to picture the person who created this modern marvel. The fact of the matter is that Christina Hunger is as far from being a mad scientist as can be. She is, however, a speech therapist who works with children who struggle to talk. These children communicate using Augmentative and Alternative Communication (AAC) devices, also known as soundboards. By pushing a button a word is spoken and by stringing these together the child can make itself understood. Hunger found herself wondering if she would be able to teach her puppy, Stella, to do the same.

Hunger thought that seeing as dogs can understand words and phrases said to them, wouldn’t it be wonderful if dogs could do the same. Starting with a single word, “outside”, Hunger started the process. Every time that Hunger or her fiance either wet outside or even just said the word “outside” they would push the button. It wasn’t long before Stella started to look toward the button each time she heard them use the word. Stella also quickly began to push the button herself whenever she wanted to go out.

Over time Hunger started adding more words such as “eat,” “water,” “play,” “walk,” “no,” “come,” “help,” “bye,” and “love you” and continued to teach Stella the same way she would her human patients. Stella currently communicates at roughly the same level as the average two-year-old child. She can use almost 30 words and make ‘sentences’ up to five words long, allowing her to ask for what she wants or even scold her owners. When Stella had asked for food and was ignored by the couple she gave them a piece of her mind by saying “love you no” before walking out of the room.

Below you can see a video of this smart pup in action.