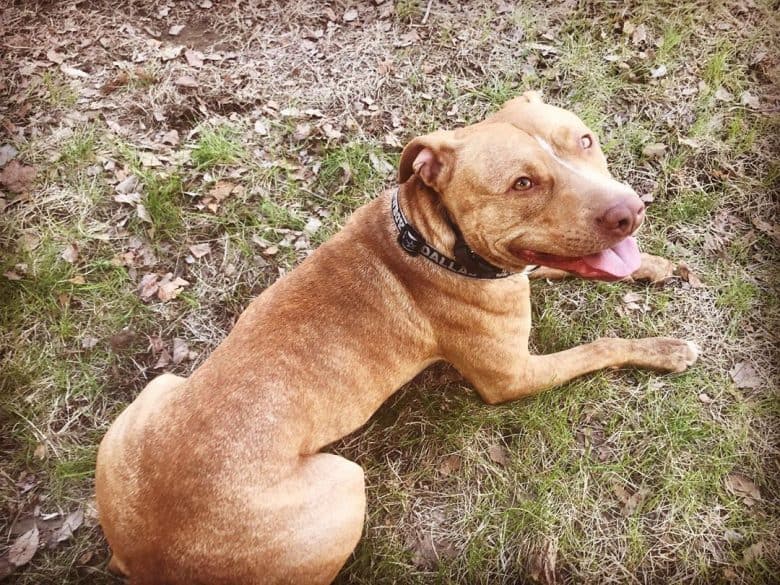 It was meant to be fun, cute, but most of all … educational.

It was meant to shine a new light on a harsh stereotype. But as the 2-and-a-half-minute clip flew across the internet, viewers had their own opinions – most of which condemned the mom and her parenting methods. 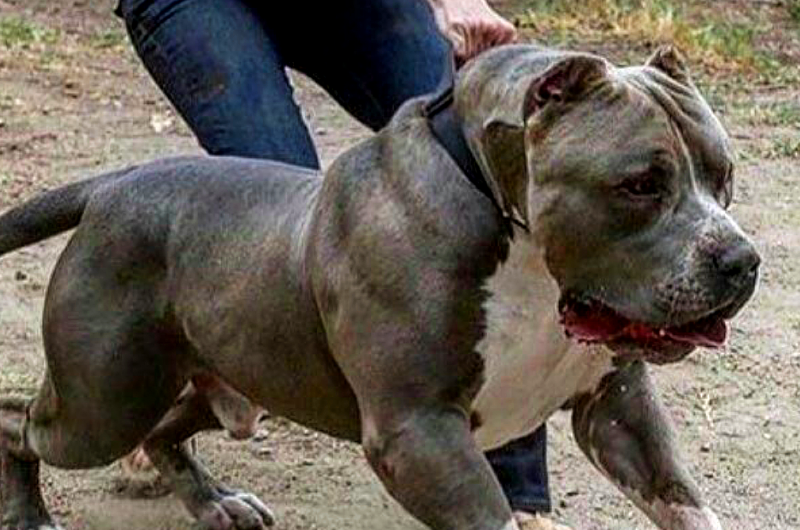 Bob Wahl and his wife, Nina, were uncompromising dog lovers.

A house just wasn’t a home unless there was a pooch to share it with. But it wasn’t the fact they had 6 dogs as part of their family unit that worried visitors. It was the breed they preferred – the Pitbull. 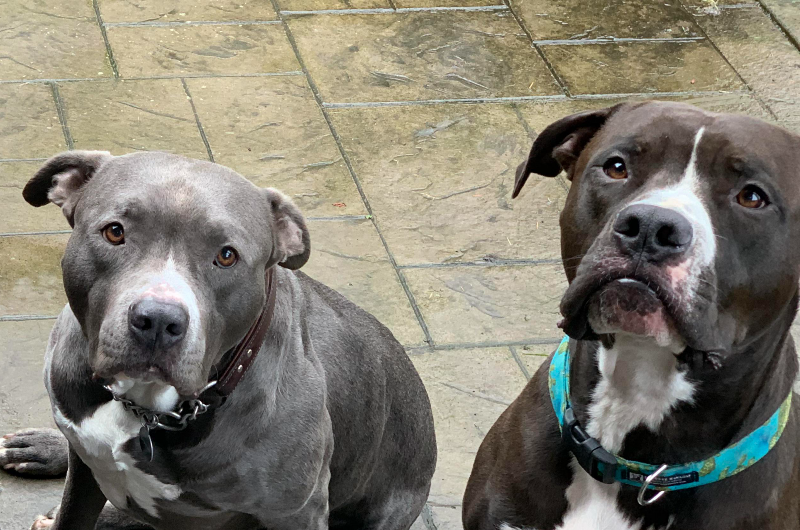 The 6 sleek canines were part of a pack and trained since puppyhood.

Aside from playing and snoring, one of their favorite activities was following their 4-year-old daughter around the house and vast backyard. One day, Bob and his wife had a brilliant idea for a video. 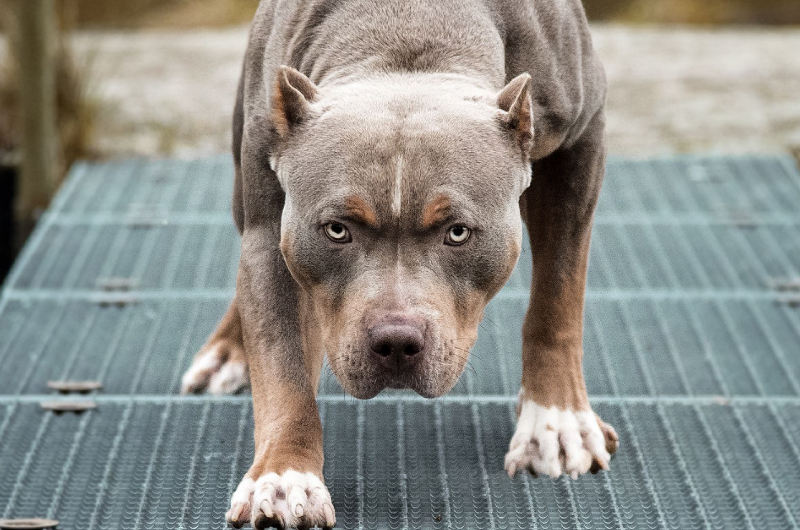 It would be simple, but hopefully powerful.

The idea was to show off an evening feeding. The couple loathed the stereotype that these dogs were inherently “bad.” The world needed to see that they were really just gentle giants. But he had no idea how quickly the plan would backfire. 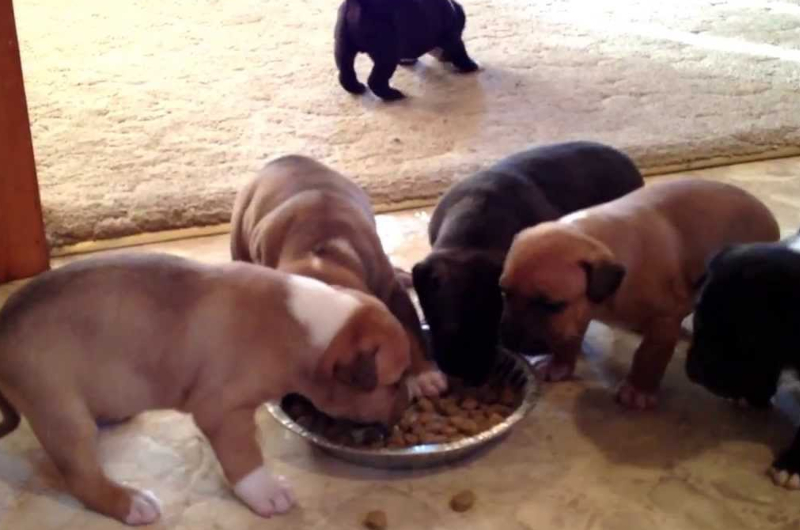 Nina set up Bob’s phone on stand and hit record.

His tiny angel stood in front of the hungry pack and clapped her hands. It was a long-time ritual – and one the dogs knew very well. Less than a second after her little hands came together, they reacted in unison. 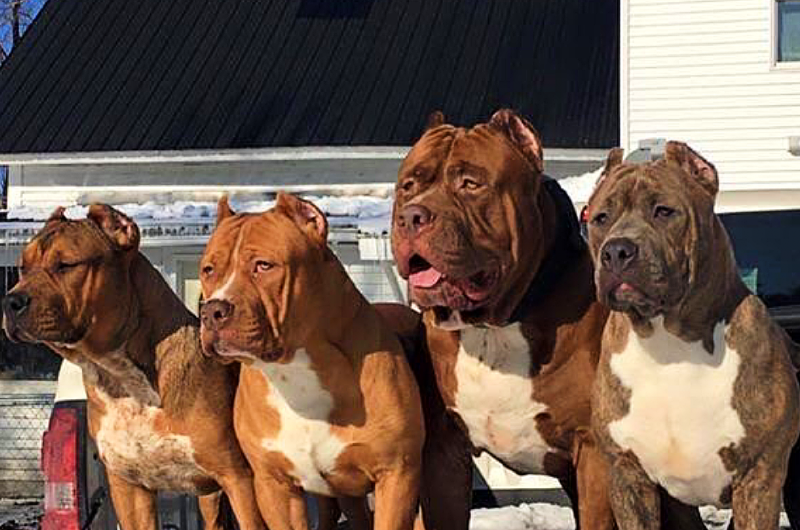 Their bums immediately went to the floor, and they sat at calm attention.

It was food time, and they were ready to feast. Two, however, were distracted. But with a firm command, from the girl, they quickly fell in line. Bob couldn’t help but grin and feel a rush of pride at the authority her daughter naturally commanded. 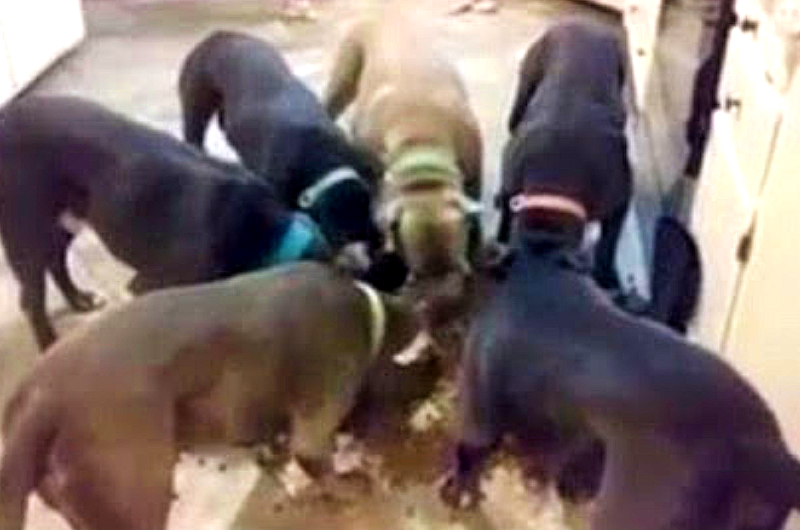 Next, the blonde cherub picked up an enormous tub of kibble and spread it across the floor.

All the while, her delicate voice saying, “Staaay. Staaay.” The dog’s eyes fixated on the nearby meal as little strings of drool slipped from their mouths. The next step left viewers speechless. 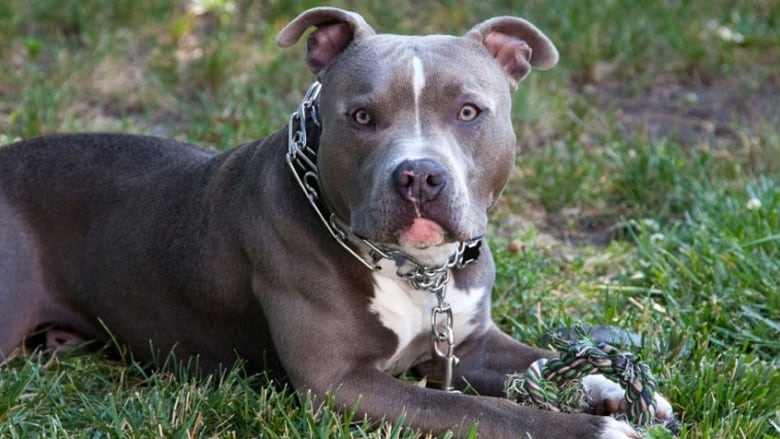 “Time to count down,” Nina said.

However, the girl wasn’t done her own personal step of the routine. She smoothed out the pile into a flat circle to make sure the feeding was “fair.” All the while, the dogs barely moved a muscle. But what would be the reaction when they were finally allowed to eat? 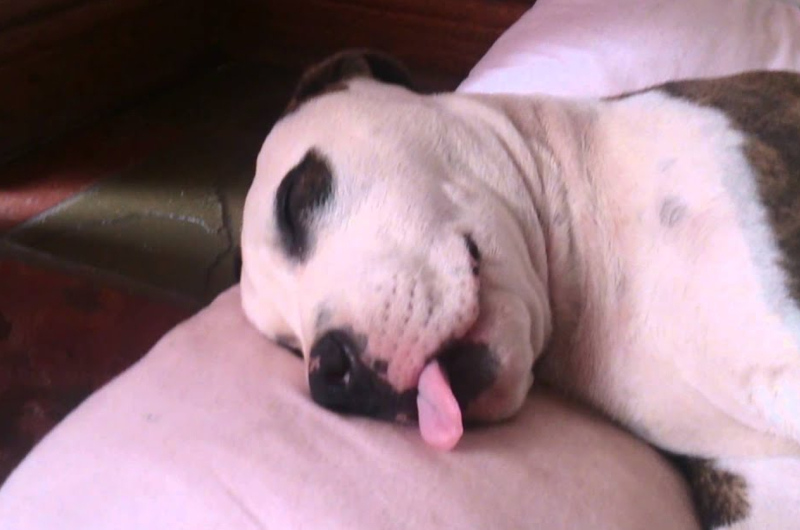 “Threeeee. Twoooooo,” their daughter said, drawing out the waiting period like only a 4-year-old could.

By the time she got to “one”, even Bob was feeling like he wanted to rush the pile. But there was no leaping forward or knocking the girl over. It was unlike any reaction people would have imagined. 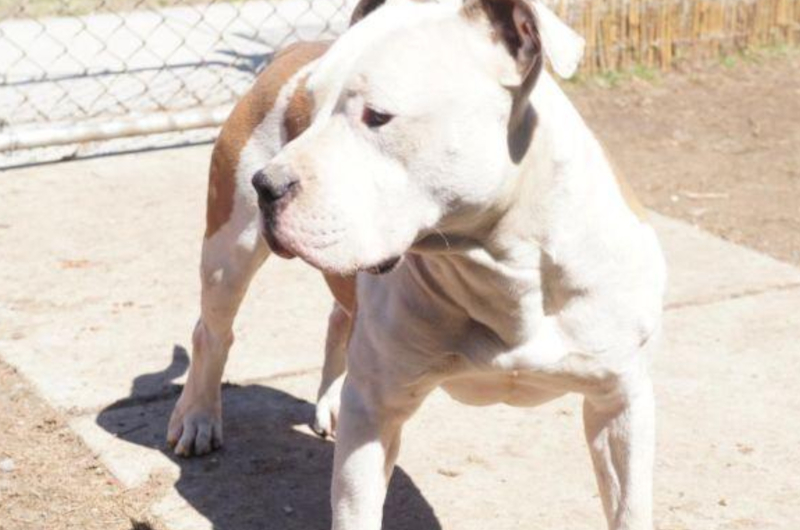 They moved respectfully around the little alpha girl, barely nudging her. This was exactly what Bob and his wife wanted the world to see. They eagerly uploaded the video. The result, however, was devastating. 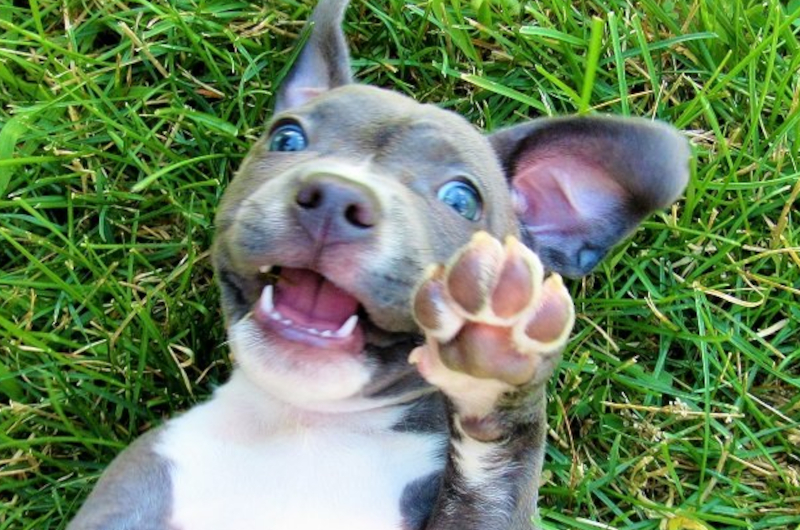 It wasn’t the fact that the video went viral – racking up over 15 million views in only a couple weeks.

It was the comment section that brought Bob’s joy crashing down around his head. He had been prepared for resistance, but not this much. The worst were the threats. 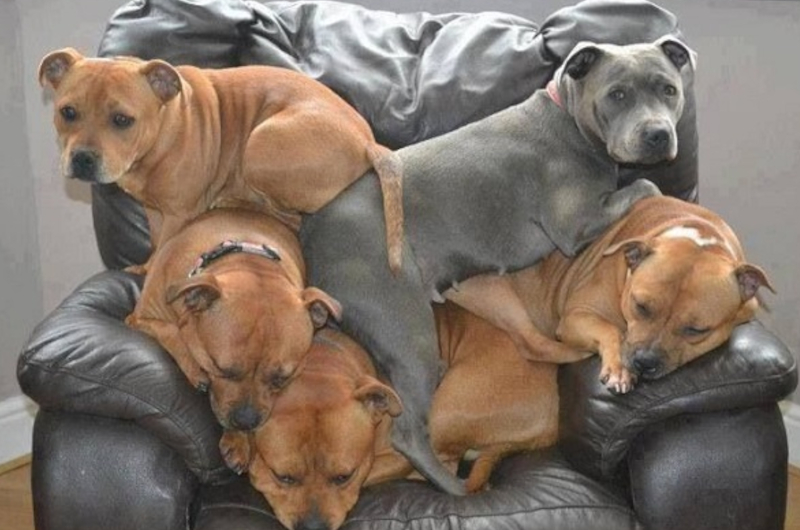 Words like irresponsible, dangerous, and neglectful laced a majority of the responses from viewers.

A few even went as far as calling them potential murders, and the police should be called in and their daughter taken away. Bob sighed and slammed his laptop closed. Were people blind? 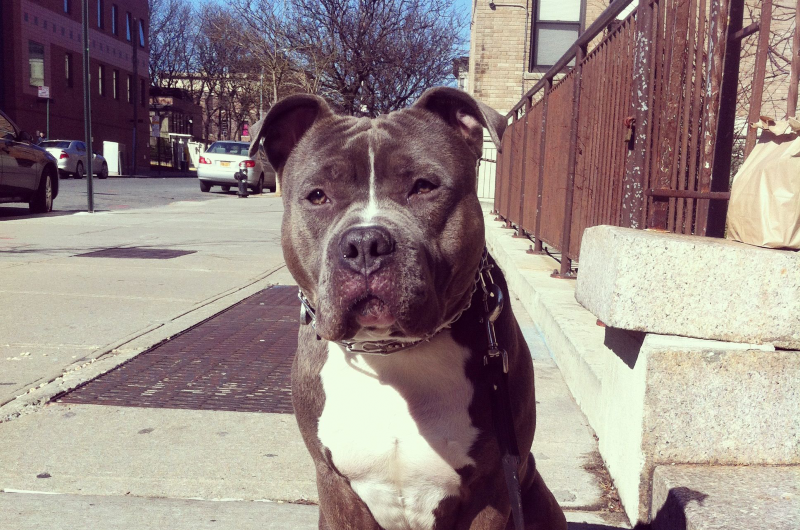 It wasn’t the breed that was the problem.

It was humans! It was irresponsible breeders and horrible training that was to blame. You could take any breed and turn it into a nightmare. The proof was right there in front of them, but no one wanted to really see it. So, what were Bob and his wife going to do? 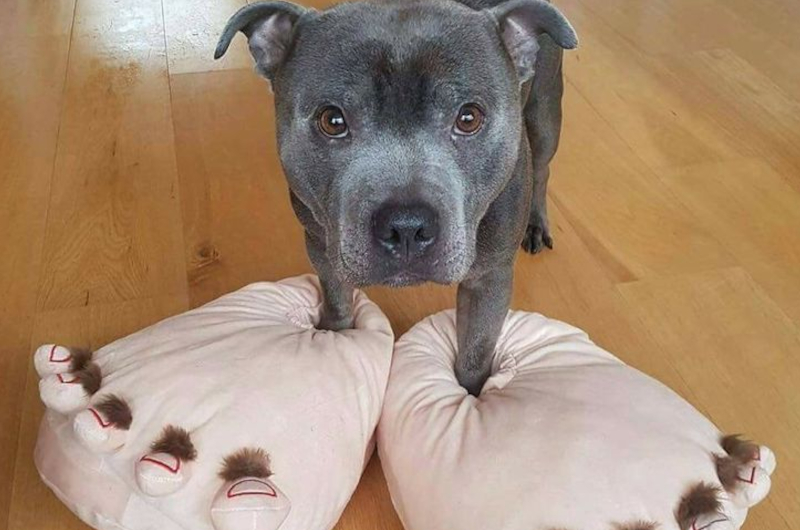 It was a hard pill to swallow.

All they could do was let the video exist and hope it made a difference in some way. However, that didn’t mean they were going to crawl under a rock and change their ways. Aside from still being Pitbull enthusiasts, they were sure of one thing. 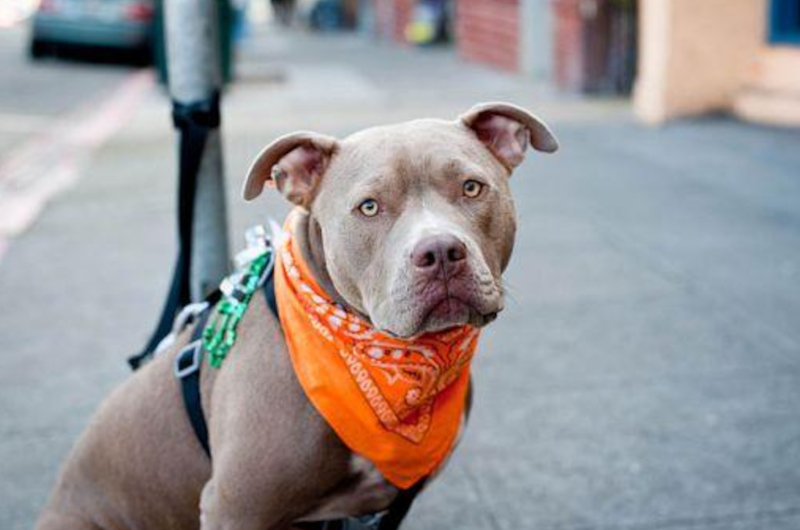 They would continue to show the world that, with the right methods, Pitbulls could be some of the best canine companions in the world.

Their little girl would continue to command dinner time and play with them in the backyard. It would be a long battle. But they had taken the first step forward.