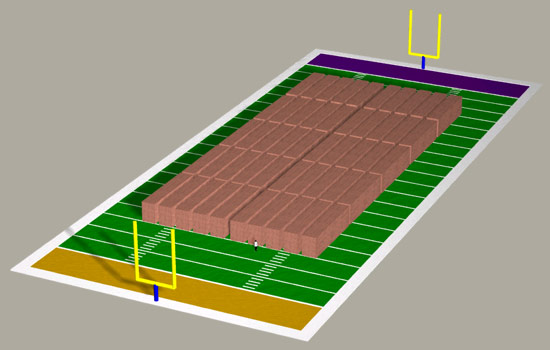 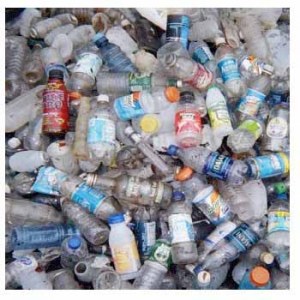 According to the Earth Policy Institute, in 1976, Americans drank an average of 1.6 gallons of bottled water per year.

That number has risen to 30 gallons per year today. This massive increase of portable water comes with a hefty price tag – both economically and environmentally.

2) The production of bottled water containers requires millions of barrels of oil per year.

3) The transportation of those bottles releases thousands of tonnes of CO2 into the atmosphere. This is what only one tonne looks like: 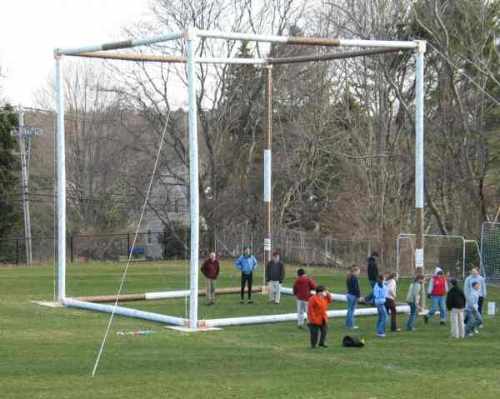 4) American purchase 29 billion bottles of water every year, which requires 17 million barrels of oil to produce them (the equivalent amount of oil used to run 1 million cars for a year). To get some perspective on how huge a number that is, look at the diagram below. If each bottle were a penny, this is what only 10 billion pennies would look like:

5) In 2006, the equivalent of 2 billion half-liter bottles arrived in U.S. ports, according to the NRDC.

7) The Earth Policy Institute estimates that the energy used to pump, process, transport and refrigerate bottled water is over 50 million barrels of oil annually

8 ) According to a 2001 report of the World Wide Fund for Nature, roughly 1.5 million tons of plastic are expended in the bottling of 89 billion liters of water each year.

9) Bottled water isn’t always as safe as tap water. The NRDC conducted a four-year study of the bottled water industry and that roughly 22 percent of the water tested contained contaminant levels that exceeded strict state health limits. One study found that hormone-disrupting phthalates had leached into bottled water that had been stored for 10 weeks.

10) Bottled water, because it is defined as a “food” under federal regulations, is under the authority of the Food and Drug Administration while the Environmental Protection Agency —under much stricter standards—regulates tap water. Also, while municipal water systems must test for harmful microbiological content in water several times a day, bottled water companies are required to test for these microbes only once a week.

11) Spring water is not even necessarily from a spring: According to the NRDC, “An estimated 25 percent or more of bottled water is really just tap water in a bottle—sometimes further treated, sometimes not.” Sometimes, it’s basically just municipal water that’s been filtered and bottled, then sold to the consumer with a huge margin.

13) Think recycling is the solution? Think again. According to the NRDC, the recycling rate for those 29 billion bottles of water mentioned early is very low; only about 13 percent end up in the recycling bin. In 2005, roughly 2 million tons of water bottles ended up in U.S. landfills

14) Plastic bottles take centuries to decompose and if they are incinerated, toxic byproducts, such as chlorine gas and ash containing heavy metals, are released into the atmosphere.

15) The bottles are not really considered safe for reuse. According to Health Canada, Health Canada does not recommend the reuse of single-use bottles because the reuse poses a potential microbiological risk if not cleaned properly. Studies on reusing single-use bottles have found that depending on the source of the water used and the general hygiene of the user, the growth of bacteria in the bottle can vary from negligible to potentially hazardous. Health Canada suggests that people use wide-necked bottles that can be thoroughly washed with hot soapy water between uses.

So there you have it – 15 reasons why bottled water is ridiculous, nonsensical, and one of the greatest marketing ploys ever to be conceived. Drink the water from your tap: it’s cheap, it’s safe, and there’s much less of an impact on our environment.