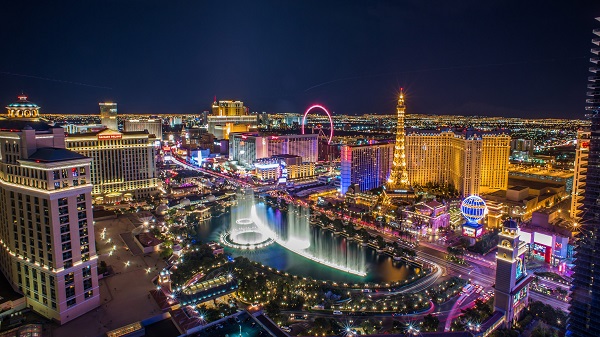 Did you know that 2016 marks 75 years since the first casino was opened on the Las Vegas strip? Known as El Rancho, the 63 room complex served as a launching pad for a full scale transformation of the Vegas landscape which has gone to become as synonymous with casino gambling as Washington D.C is with US politics.

Not too surprisingly, this isn’t the only interesting fact about one of America’s best loved pastimes. To celebrate 75 years of roulette wheeling, slot spinning, card hustling fun on the Vegas strip, here’s ten things you never knew about casinos. 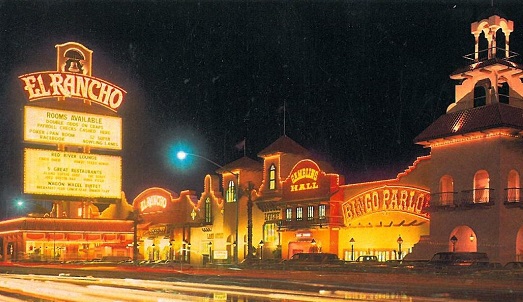 Such is the popularity and fame of the Las Vegas strip that it’s no wonder the El Rancho is perhaps widely known as one of the first casinos in town. Yet the fact is that the club was beaten to the punch a full decade earlier with the opening of the Pair-o-Dice Club on Highyway 91.

Sadly, neither venue still operates today. The Pair-O-Dice club underwent numerous name changes before finally closing its doors in 2007 as The New Frontier, whilst El Rancho was destroyed in a fire back in the 1960s.

2: The Hiltons Own the Location of that First Vegas Strip Casino

After the El Rancho fire, the land that once housed America’s inaugural gaming complex stood vacant for the better part of half a decade until famous hotel billionaires The Hiltons took over some of the land for one of their luxury timeshare buildings.

3: China Boasts the Biggest Casino Market in the World

Thought Las Vegas was the only place where you could try your luck at slot machines and casino games? Not at all. In fact, the famous Nevada resort isn’t even the most popular gambling mecca that exists.

That honor goes to Macau, a former Portuguese colony located about 64km from Hong Kong. Nicknamed ‘”Monte Carlo of the Orient,’ Macau’s gambling revenues surpassed those of Las Vegas for the first time in 2007, and have remained consistently higher ever since.

4: The World’s Largest Casino is Bigger than a Country

That casino can also be found in Macau. It’s known as the The Venetian Macao and stands at an enormous 10.5 million square feet, or just under half a square mile.   That’s roughly 2.5 times the size of Vatican City (we never said it was a big country!)

The Venetian itself boasts 3,400 slot machines, 800 gambling tables, a hotel, and even it’s own sporting arena.

5: The Smallest Fits inside a Supermarket

By comparison, the world’s smallest casino measures just 15ft x 40ft and can be found inside a mini-mart in Palomar Mountain. It’s called ‘Slots-A-Fun Casino,” in case you wondering.

6: Casinos as we know them today can be traced back to 17th Century Venice

Several hundred years before high-tech slot machines and casino games became the norm, the art of gathering in a building to indulge in games of chance enjoyed a much more humble beginning.

Despite just about every generation in known history having some form of gambling, it wasn’t until the Ridotto opened in Venice, Italy back in 1638 that casinos as we know them today began to take form.

7: Many of our Favourite Casino Games Came From Venice, Too

Two of the most popular games at The Ridotto were Biribi, from which we derive our modern-day lotteries, and Basetta. The latter is still played today, and is a cross between Gin Rummy, BlackJack and Poker.

In 1992, a Californian man named Archie Karas went to Las Vegas with $50 in his pocket. Over an incredible three year period known as ‘The Run,’ Karas turned that $50 into over $40 million. Sadly, Archie’s luck ran out and he lost the whole lot later that year.

Need evidence that online casinos are big business these days? The single payout from a virtual casino was to a man in Norway identified only as “Peter”, netted 11 million euros playing the Arabian Knights slot game. That works out at just under $12 million dollars for those keeping score.

At least a third of those are in Las Vegas alone, and if the famous strip lives to celebrate another 75th birthday, what’s to say there won’t be many more yet to come?