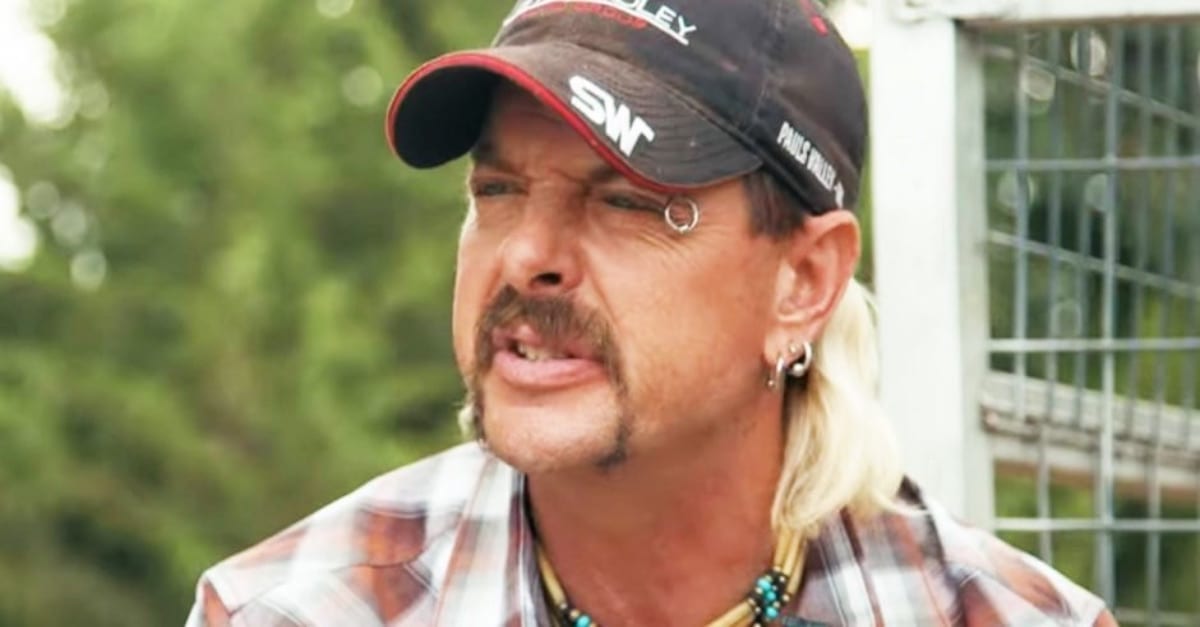 Since Tiger King: Murder, Mayhem, and Madness aired on Netflix in March, audiences and the internet haven’t been able to stop talking about the docu-series. The series focuses on Oklahoma based zoo owner, Joe exotic.

Joe had become embroiled in several scandals before finally ending up in jail. 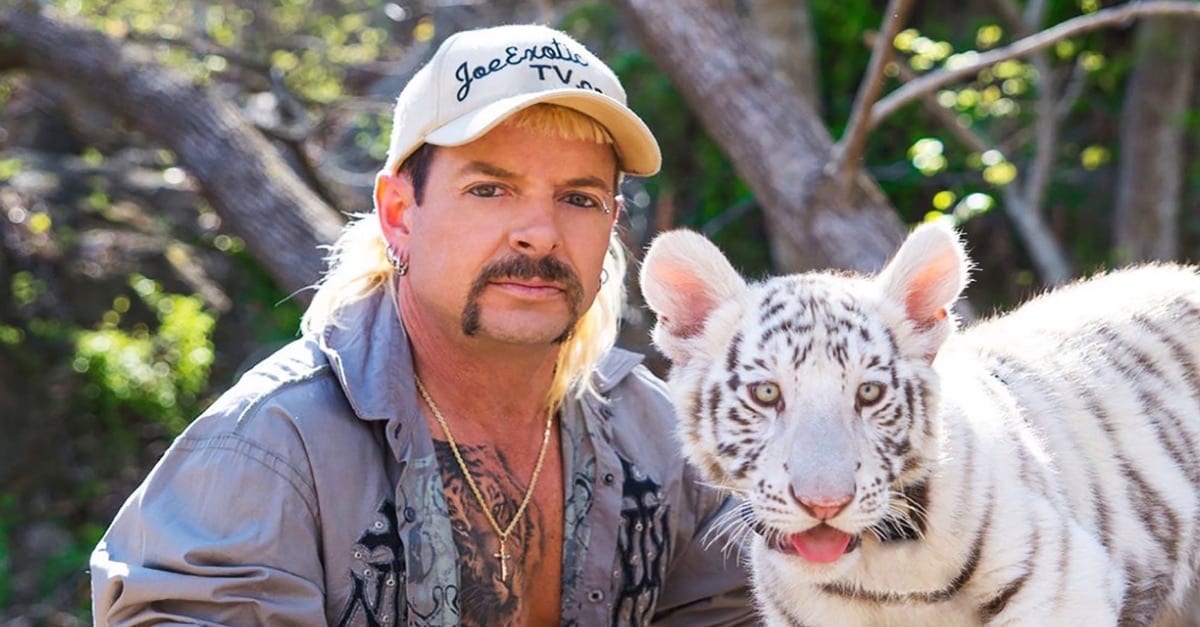 The series itself consists of seven episodes that feature on Joe and the controversy surrounding him. However, there is a lot more to the story than the audiences see in the documentary. Some of these things are even more shocking than what the series shows.

This list covers ten things that Netflix hasn’t shared with the audience. As much as Joe was embroiled in everything from making music videos, internet shows, and even running for both president of the United States and governor of Oklahoma, one of the most shocking things is the shooting of five sick tigers.

What people don’t know is that Joe sold the bones to a museum in Oklahoma City where they are still on display. 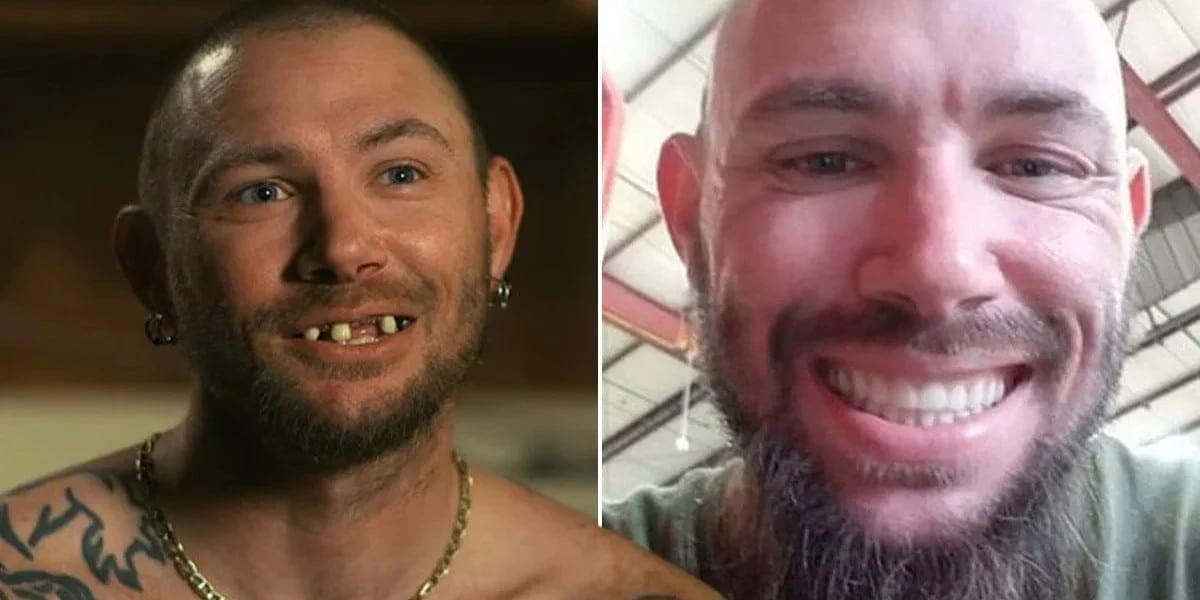 Anyone who has watched the show will be familiar with Joe’s ex-husband John Finlay. Finlay has generally been seen shirtless, covered in tattoos, and missing several teeth. However, not only did he get new teeth, but they weren’t damaged by meth as most people think.

According to Finlay, his teeth were bad due to a genetic condition even before he got involved with meth. Most of all, Finlay has been clean for 11 years. Well done! 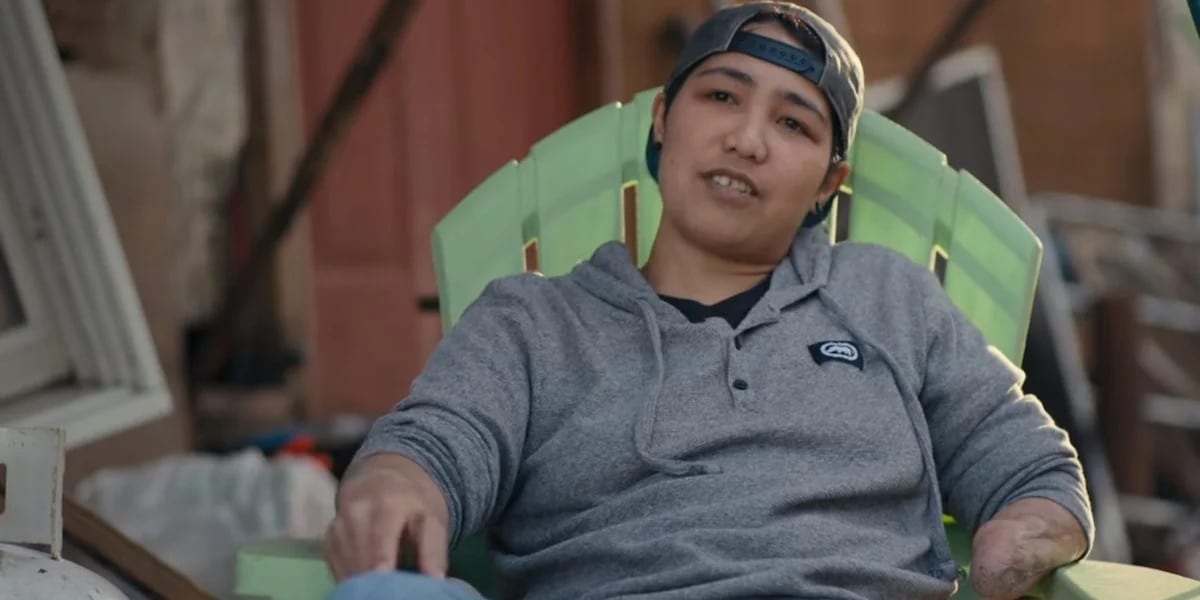 Viewers will remember Saff, Joe’s zookeeper that was bitten by a tiger. However, while the show refers to Saff as a woman and uses “she/her” pronouns when talking about Saff, this has been proven to be wrong. Saff uses “he/him” pronouns and identifies as a man.

He also prefers to be called Saff, and not by his birthname of Kelci. Joe was known for his magic shows early on in his career which involved various animals. From rabbits to baby tiger were used in his acts. However, one of his biggest tricks involved a tiger appearing in a cage while sounds and other effects were used to distract the viewers.

However, these effects scared the tiger, and audiences noticed this. Joe came up with a solution that didn’t last long. Joe would take sheep and paint them with black and orange stripes. 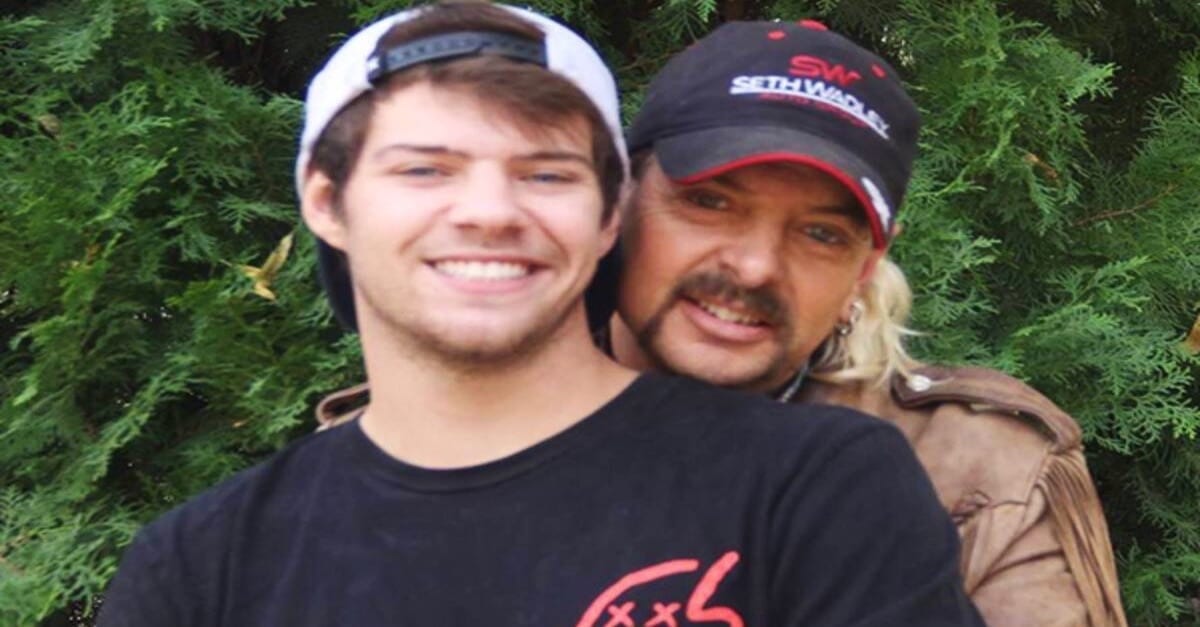 Filming the show took several years. During that time, audiences got to see many different things including the start of Joe’s relationship with Dillon, as well as their first date. The series shows the couple going to a parade Joe was in. However, Dillon admitted that he wasn’t prepared for the cameras.

Joe brushed it off saying “This is just something I’m filming.” Fortunately, Dillon played along. Viewers are also familiar with John Reinke, Joe’s longtime zoo manager who also has prosthetic legs due to an accident. However, it’s never clear just how bad the accident was. The accident was due to a pulley malfunction when helping a friend test out a bungee jump.

Despite what he stated, he landed on a six-inch metal stake which proceeded to puncture John’s colon and stomach. He endured more than 20 surgeries before having his legs amputated 15 years after the accident. 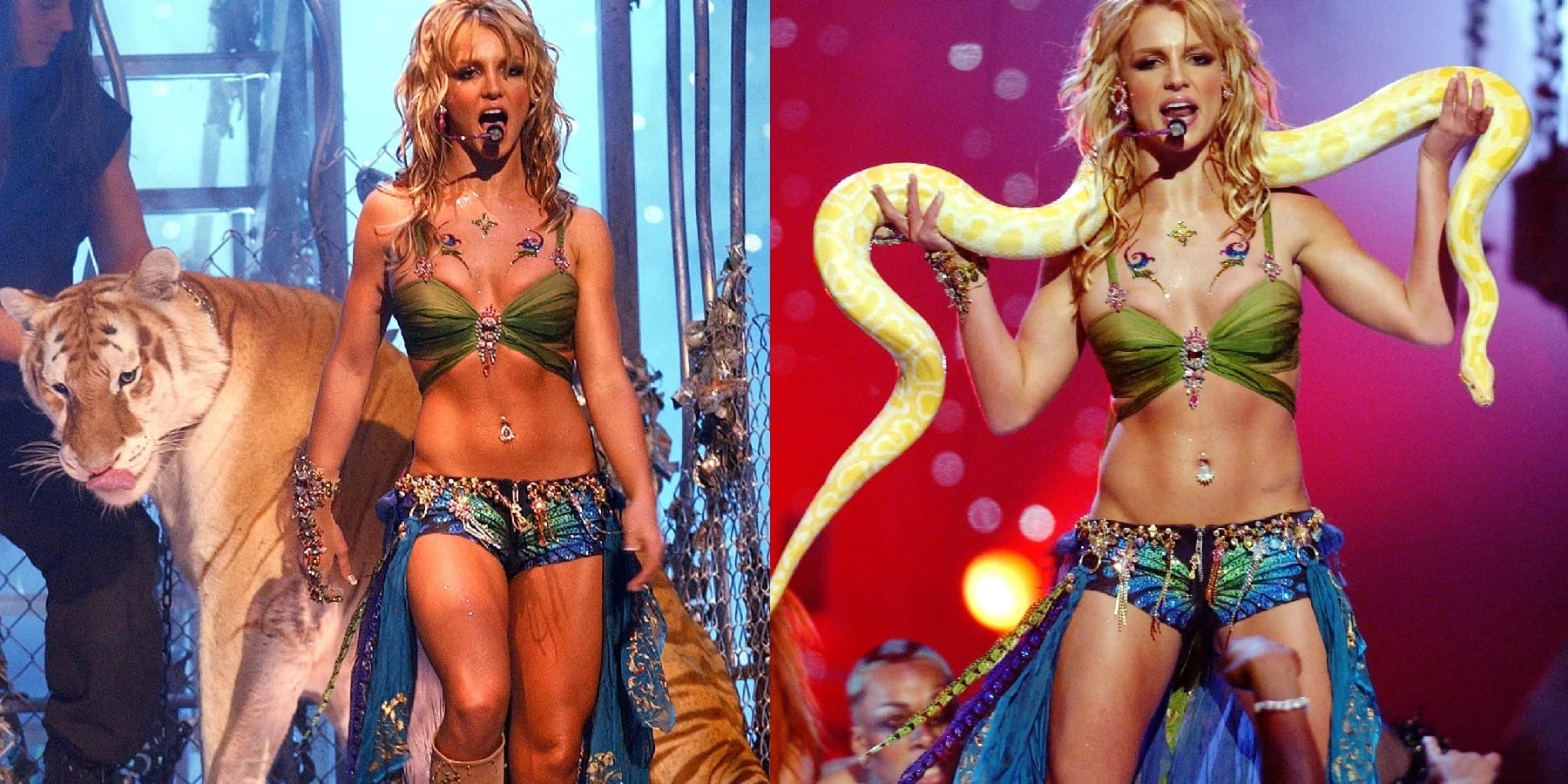 Doc Antle’s South Carolina wildlife preserve was featured in Tiger King. Doc has been involved in several animal movies, and as a result, he has several connections to celebrities. That’s because his animals have appeared on stage too.

Most notably is the yellow python that Britney Spears had draped around her neck during her iconic 2001 performance. 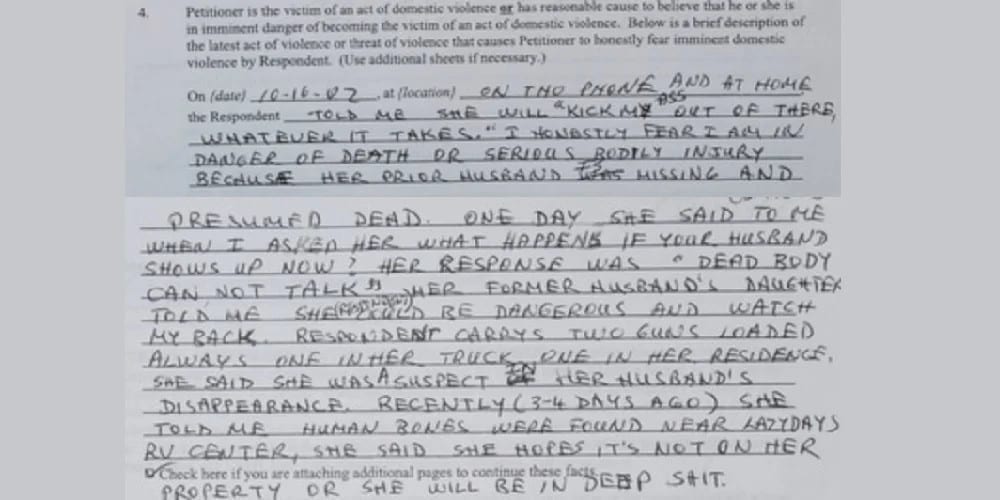 We all know that Joe and several other people think that Carol had something to do with her husband Don’s disappearance, and there were some strange circumstances surrounding it. Don had previously tried to file for a restraining order, saying that Carole threatened him, but it turns out that something similar happened again before she married Howard.

She dated a man named Jay who also filed a restraining order, fearing for his life. Another detail is that when he asked her what she would do if her husband came back, supposedly, she said, “Dead bodies can’t talk.”

The Tiger That Bit Saff Was Not Put Down We mentioned earlier that Saff got bit by a tiger in the second episode of Tiger King. He stuck his hand in the cage against protocol and ended up suffering a bite to the arm. Saff chose to have the damaged part amputated, and he was back to work five days later.

While oftentimes large animals who bite humans get put down shortly after, this did not happen to the tiger that bit Saff. Saff said the tiger did not act aggressively, and Joe agreed that it was not the tiger’s fault. Instead, the animal was just moved off of display at the zoo.

Joe’s Animals Were Involved In Some Risque Photoshoots 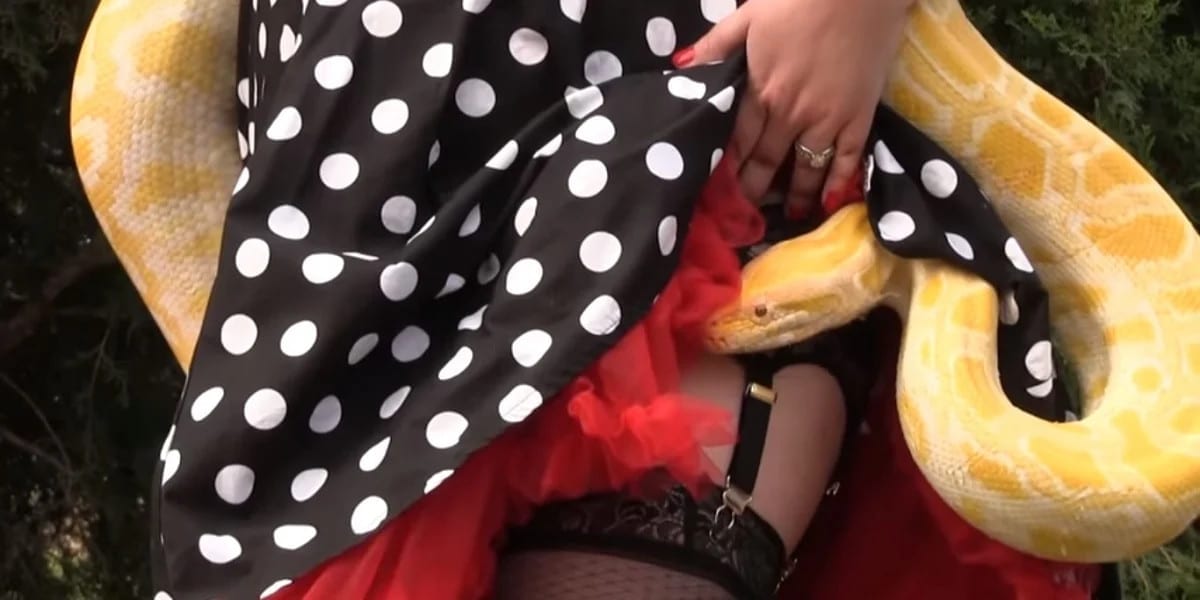 Joe is known for having people come to his zoo for cub pettings where people can meet a baby tiger and get their picture taken with it. One dirty detail is that some of the animals were also involved in some shoots that weren’t so family-friendly.

Adult entertainer Rachel Starr visited the zoo to pose with some tigers while she modeled a couple of bikinis. She even “highly recommended” Joe’s condoms that he sold in his gift shop and online. A different day, a couple of bombshells from Pin Up Dames came to hang out with some snakes, and one of them even posed nude with a tiger!