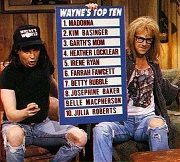 10 Facts You Thought Were True… But Are Not… 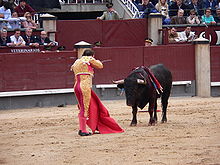 Bulls are actually colorblind, and it doesn’t make a difference what color is used for a matador’s cape. Bulls are naturally aggressive, and they might charge anything that irritates them… and they are very irritated when they are in the ring. You would be too, if a matador was waving a cape in your face, and thousands of people were cheering and yelling after you got poked and prodded by sharp objects while in your pen.

We’ve all heard the expression “blind as a bat”, however, bats aren’t entirely blind. All species of bats have some degree of vision. True, they use echolocation to spot their prey in the darkness of caves and night time, but given some amount of light, they will be able to see.

“Fact 3” The Caesar Salad Was Named after Julius Caesar

Not only was it not named after the famous ruler, it wasn’t even invented in Rome. The Caesar Salad was actually named after a chef named Caesar Cardini in 1924, at his restaurant in Tijuana.

“Fact 4” The Lion Is King of the Jungle

Lions don’t even live in the jungle… they live on the African plains. Females do most of the hunting, not males, who are often associated as the hunter killers.

This is a very common misconception about birds, however, birds do not have a sense great sense of smell and they aren’t really bothered by it. If you find a nestling (baby birds who are fuzzy and featherless), gently place the nestling back in the nest (if you can find it). If you find a fledgling, then it is best to leave it alone, as it is part of a fledgling’s natural development to spend some time on the ground as it learns to fly.

“Fact 6” The “Immaculate Conception” Refers to the Birth of Jesus

Seems reasonable, and it’s what most people believe, but the Immaculate Conception actually refers to the conception of Mary, who was conceived biologically. According to tradition, at the time of her conception, Mary was protected by God from the stain of original sin, hence, “immaculate”.

In today’s modern era, a large portion of the population are adept at typing, but the keys were not arranged for the typist’s convenience. Instead, they were arranged in such a way as to slow down typists on old typewriters! Originally, the inventor of the typewriter laid out the keys in alphabetical order, but he realized the keys would jam if typing occurred at a high speed because too many frequently used letters were placed too close together. So the QWERTY system was developed to place the most frequently used letters as far apart on the keyboard as possible. It was publicly and falsely claimed that the QWERTY system was scientifically devised to promote efficient typing. Others have since invented more efficient systems, but the QWERTY system is so widely accepted that it’s nearly impossible to change.

Firstly, there isn’t a single mosquito that bites – they sting. Secondly, only the females sting and suck up animal blood. The males lack a proboscis which is used to penetrate the skin, and they feed on the juices of plants.

Not quite… he was not Irish, and hated and feared them. Born in Great Britain, he was abducted at age 16 by Irish marauders (or pirates). He was taken to Ireland and sold into slavery where he spent 6 years. Eventually, he escaped, but returned later as a Christian missionary, aiming to convert all Irish. He succeeded, more or less, becoming the patron saint of his accidentally adopted homeland. He died on March 17th…

“Fact 10” Top Ten Lists are Unpopular on the Internet

Not at all true. Top Ten Lists are incredibly popular, overused, and clichéd… however… they are easy to digest; encourage debate; are inherently linkable; have a good chance of being spread or shared; are easy to write; are often insightful and interesting; aid in discovering new content; people love statistics; everybody does them; and they fare particularly well on social news sites where they have the opportunity to go viral. So, top 10 lists will probably stick around for a while

Facts 1-9:
Amazing… but false!  Hundreds of facts you thought were true, but aren’t.

By David Diefendorf with a foreword by James Randi.
Copyright 2007 The Reference Works