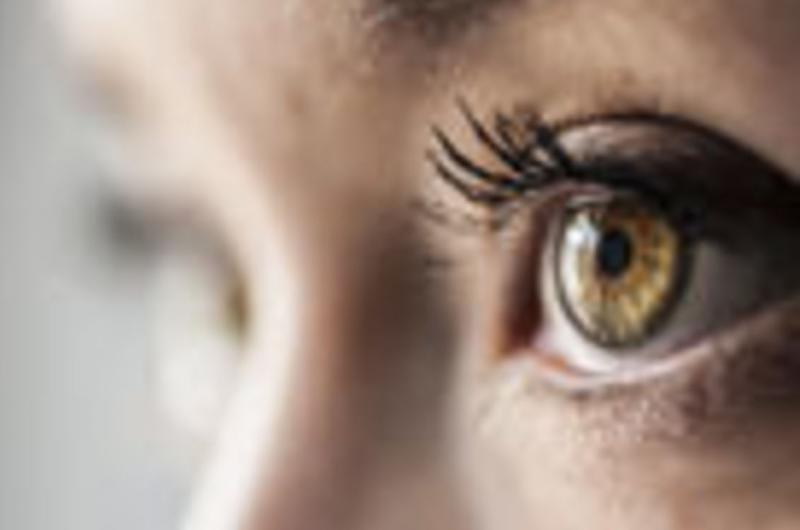 After noticing that their neighbors were starting to get nosy, they decided to set up a fence around the perimeter of their property. Now that they were away from prying eyes, they thought that they could breathe a sigh of relief.

Isolated from the world, they kept working on their project while blasting music to hide what they were doing. But they were unaware of one flaw in their fence, a small gap that anyone could look through. 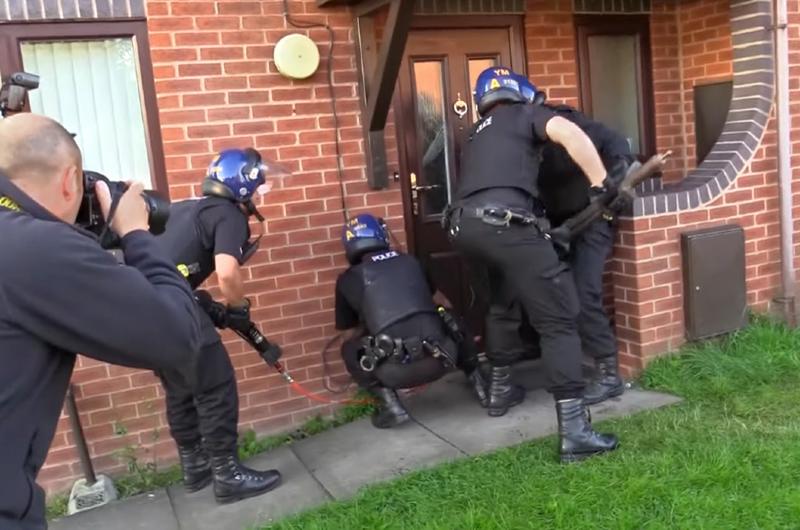 Reeta Herzallah and Hamdi Almasri had built something that they felt was special, but everything came crashing down when a nosy neighbor decided to report them to the authorities.

Almasri, 39, and his wife Herzallah, 37, enjoyed their life in Enderby, United Kingdom. It was a small quaint town where there wasn’t much going on. So when everyone found out what drama the couple had stirred up, they were surprised. Their house was made of brick and was close to a big highway. Facing the road was a garage that could fit one car. Little did people know what was hiding behind its doors.

The couple always had kept a low profile. They both worked as doctors and had spent their fair share of time in hospitals. When they got home from their irregular work hours they never came out of their house.

Something In The Air Even though their neighbors never made a ruckus they were rather nosy. They all wanted to know what the couple did with their free time since they seldom came outdoors, even on weekends.

What could they be doing? They grew more curious once they noticed something strange coming out from inside their garage. It poured high up into the air and then disappeared as abruptly as it came out. The neighbors started talking amongst themselves as to what it could be. It was some kind of smoke or vapor. Maybe dust from cleaning? Perhaps they were constructing something, but why keep it a secret?

Theories after theories were made. Some said that the couple BBQ’d inside their garage so nobody could see them. Others said that they were conducting weird experiments behind the doors. The couple knew that the neighbors were onto them, they began to grow suspicious so they had to take measures to keep their business a secret from prying eyes.

They bought some timber from a local company and once delivered they started working. They built a wooden fence that surrounded their property. Nobody could find out what they were doing, but the neighbors weren’t going to give up so easily. Even though the neighbors were just engaging in harmless gossip, now they felt that the couple actually had something to hide. Warning bells sounded in their heads as they wondered what they had to hide.

They were worried about what their neighbors could be doing and how it could be impacting their community. It was fair to assume it could be harmful since there was smoke dispersing into the air. The neighbors kept talking, and soon they grew worried. 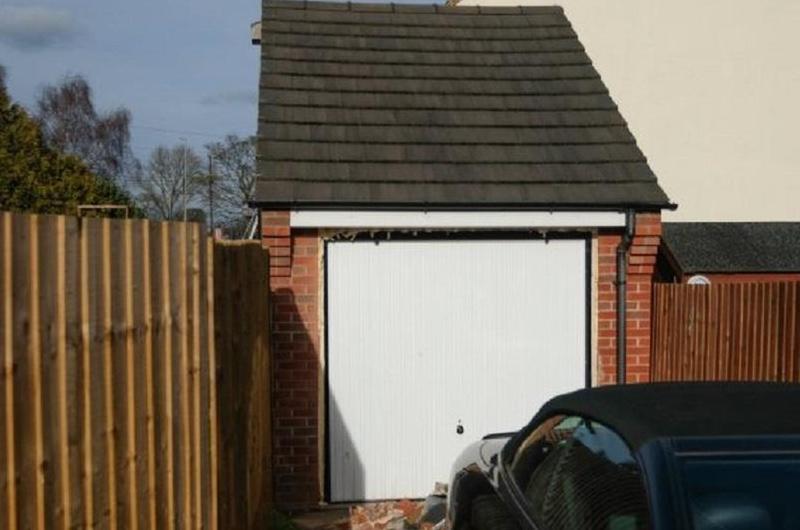 Once their fence was constructed they thought they could breathe a sigh of relief. So they kept hard at work and listened to music whilst tending to their project. They thought no one was the wiser.

Their fence did the opposite of what they had intended though. Now, the neighbors were more curious than ever and they were going to try to learn the truth. The couple was oblivious to what would come next. 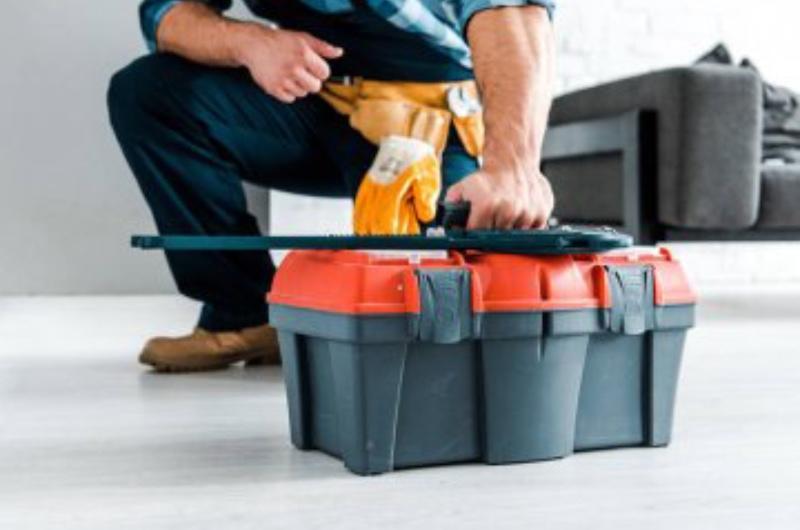 Reet and Hamdi arrived home from their jobs at the hospital and before doing anything else, they headed to the garage and continued work on their project. This hidden lifestyle had become something of a habit.

He opened the toolbox on the garage floor and pulled out the relevant tools, there wasn’t a speck of dust on them with how frequently they were used. With how early it was, they knew they wouldn’t be breaking any “disturbing the peace” rules. They long figured out how to keep things subtle. But while the couple worked away in their garage they were unaware of how motivated their neighbors were to find out what their secret was. They were in their daily groove with their music blasting while more than one pair of eyes were watching them through the small gap in their fence.

Still unaware, the eyes grew two by two and soon people were looking for their phones and an emergency number to call to put a stop to their hobby. 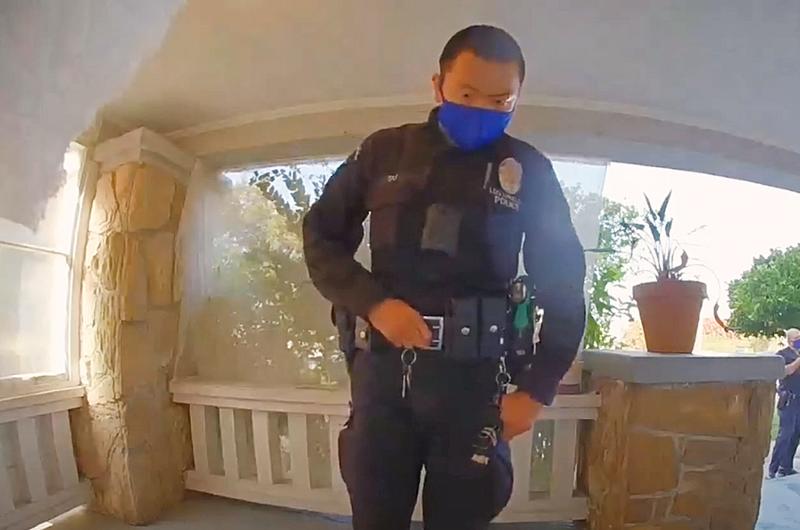 Reeta and Hamdi were none the wiser when a scene was unfolding right outside their home. Neighbors gathered around as police showed up in their dozens.

Things were about to go down and the neighbors were glad to see they finally solved the mystery. No one acts that strange if they have nothing to hide. And this couple definitely did! 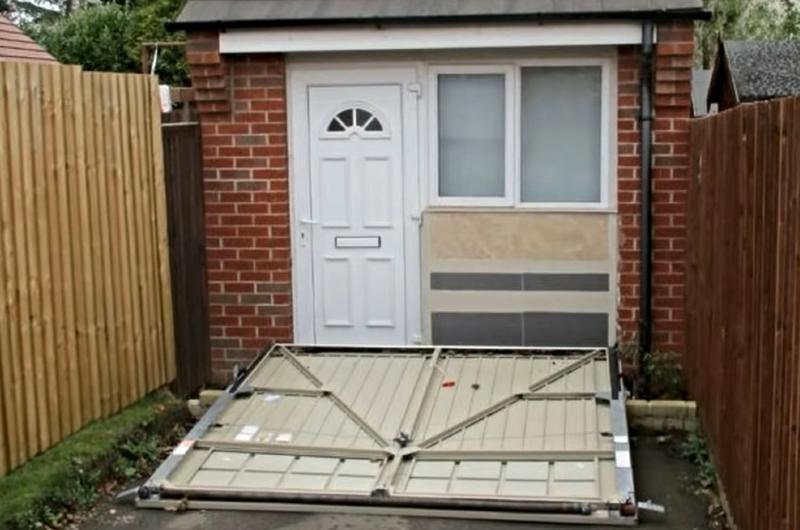 On closer inspection of the garage door, authorities found that it wasn’t attached. It was merely a facade — propped up to conceal what the couple had been busy with for the last few months. They had surrounded the garage with fencing to hide it from authorities.

“The development included the conversion of their garage to habitable accommodation and the erection of fencing, preventing off-street parking at the property,” said planning authorities. And when the media got hold of the story, things took a strange turn. 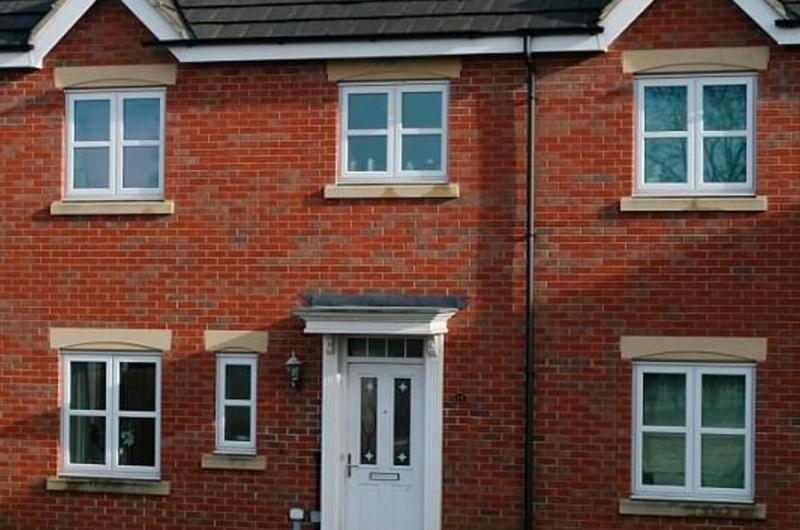 Planning permission in the U.K is taken very seriously. The couple had built another dwelling on their property by converting their garage into a tiny home — even though this “garage” was supposed to be a parking area to prevent on-street parking. None of these alterations had been legally approved.

The couple could appeal, but if unsuccessful, they would have to comply or face prosecution. But the false garage wasn’t the only alteration they had made… 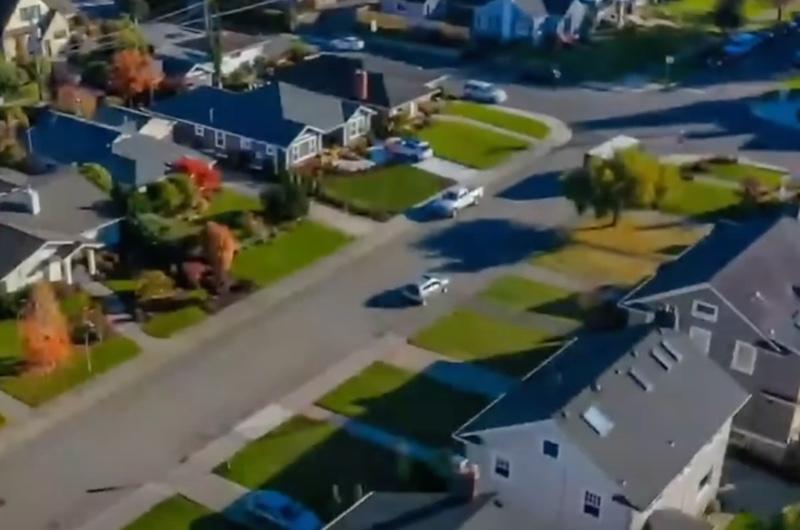 Building developments that could be potentially damaging to the neighborhood or an inconvenience to the public are strictly forbidden in U.K. property development laws. If it is decided that a property is in breach of permissions, the local council will enforce changes. 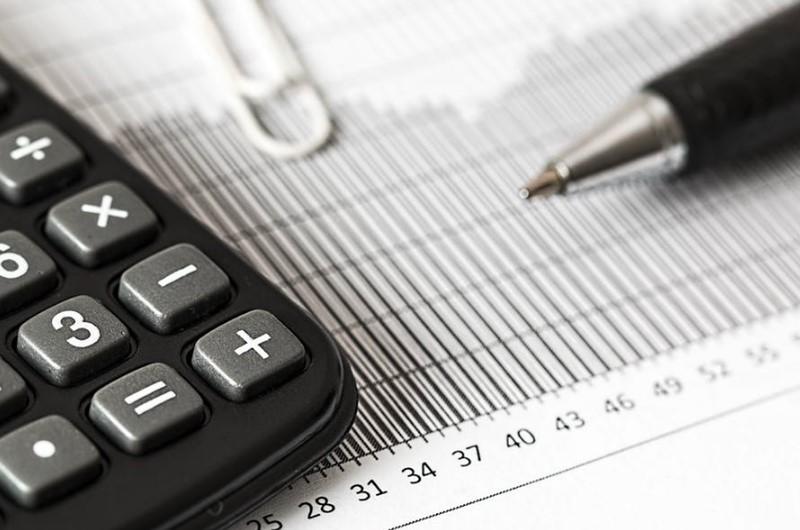 The couple had also built an extra driveway that was positioned to give them direct access to a busy highway! “The couple also undertook illegal works within the highway and created unauthorized vehicle access onto the busy B4114 dual carriageway,” authorities stated.

“The message from this case is clear. If you breach planning regulations and ignore us, we will not just go away. Creating an access onto [a] busy [highway] and blocking off valuable off-road parking space was completely unacceptable,” Councilor Sheila Scott said. 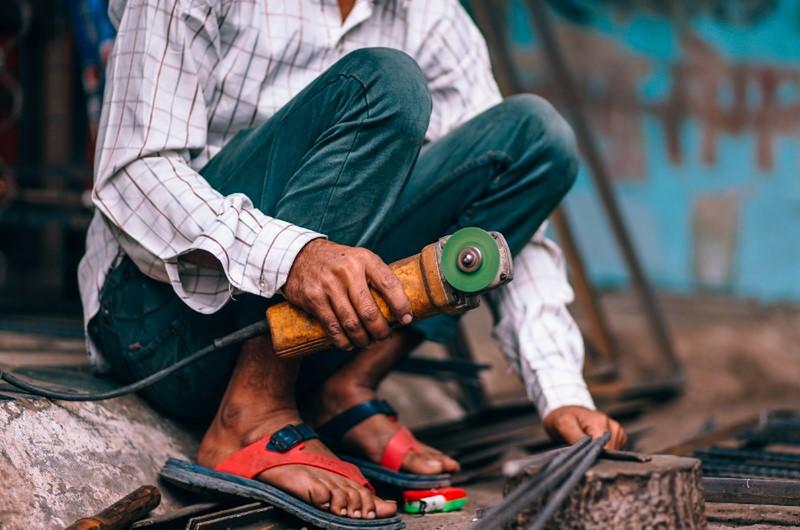 Reeta and Hamdi had made an after-the-fact planning proposal to the district council in a bid to retain the changes to their Enderby property. But the couple’s application was refused.

They tried again, this time appealing to a higher body, the national Planning Inspectorate for England and Wales. But again, their application was refused. Months later, Reeta and Hamdi took down the illegal fencing. It looked like they were about to finally comply with the law. However, when authorities traveled to their home for the follow-up inspection, they found a large garage door propped up across the front of the garage. The tiny structure was still being used as a tiny home.

Neighbors had told officials that an employee of the couple lived in the converted garage, and they had no choice but to initiate legal procedures against the couple. Indeed, a hearing on the matter was held at the nearby Leicester Magistrates’ Court, but Reeta and Hamdi did not attend the proceedings. And, since the report about the couple secretly converting their garage into a tiny dwelling was released, the story has gone viral online.

But Reeta had her own version of the story, which she offered up to Facebook. And soon, netizens were in a frenzy. Reeta says the story contains false information that has been twisted into a more negative light by the media, and is highly discriminatory toward her and her husband.

Reeta felt that she sadly detected prejudice behind a lot of the press reporting. Furthermore, she denied the allegations that she and her husband had converted the garage into a dwelling for the purpose of renting it out by an employee, or anyone else. 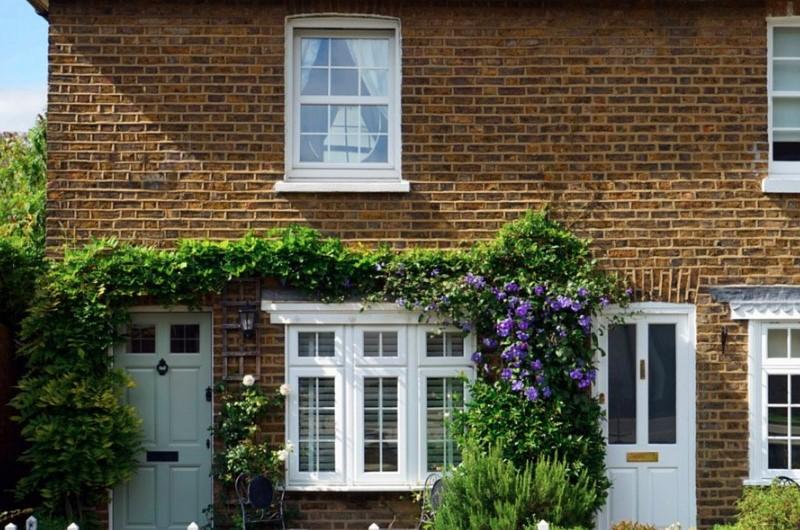 “This was a simple single garage conversion into a small garden annex in the house that we own on the land that we own, and it cannot be called a separate house in any stretch of the imagination!” Reeta wrote. “We had no intention in breaking any laws.”

Reeta then went on to explain that the contractor that the couple had hired to complete the conversion had told them that their modifications were compliant with the law. They are currently embroiled in a dispute with this service provider over converting the structure back to its original condition. Reeta posted, “A simple council dispute over a tiny garage within our property that we converted for personal use was made into a prejudice and defamatory story.”

“It doesn’t feel random that this was given particular attention when there are thousands of other council disputes”, she wrote, nodding to their ethnicity. Reeta also added that the “fake” garage door had only been propped up against the front of the structure temporarily while they were preparing for installation. She claims that it was not put there to try to hide their tiny second home.

“What person would hide an annex with a propped-up garage door?” She angrily asked in her post.

Two Sides Of A Story “I suggest some respect to the readers’ intelligence at least would have been nice!” She added. She concluded her post by addressing the haters directly.

“I also suggest that before you try to attack a law-abiding, hard-working couple who have been misled by the council and builders, get both sides of the story.” Looking through the comments that users have left on Reeta’s post, as well as on articles about the dispute, the issue is clearly a divisive one. But around half of the readers have decided to side with Herzallah and her husband.

“Seriously why can’t people’s homes be their own to [do] with as they please?” asked one commenter, “Such a shame, I say boo to the neighbors that reported it and boo to the planning.” Reeta’s Facebook post caused a divided reaction online but the authorities were determined to carry out a successful prosecution. They were each ordered to pay a $1,000 fine, including a legal cost of $1,600, and a $100 victim surcharge, and ordered to restore the garage to its original use.

The authorities used this as a stark warning to others, “The message from this case is clear. If you breach planning regulations and ignore us, we will not just go away.”