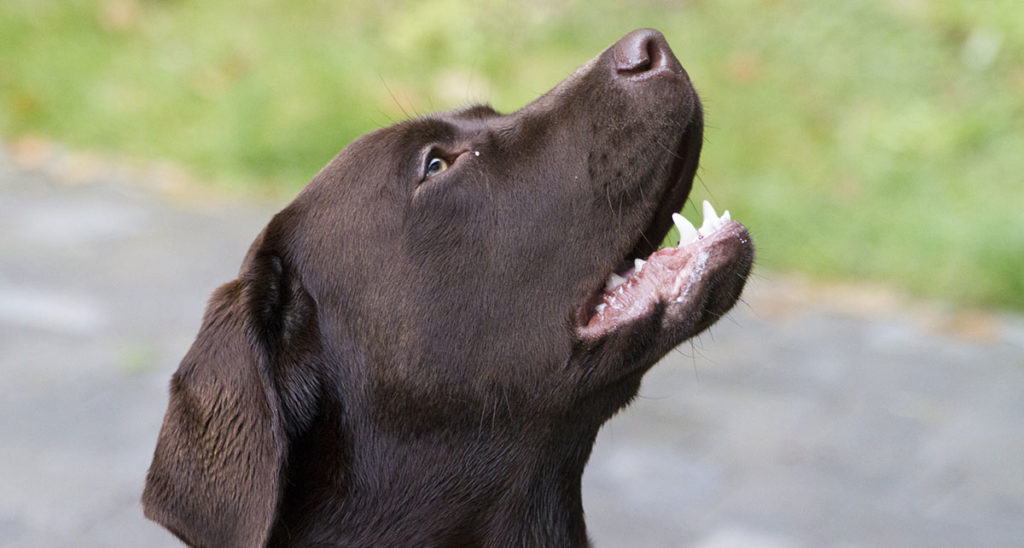 She was sipping her coffee when she suddenly an enormous black dog ran into her garden. It slowly raised its head, looked her straight in the eyes and barked menacingly. Then, it was joined by another, even larger dog. Her eyes widened in disbelief – what did they want? And then she knew that they had come for her.

Looking Out The Window

Alexandra Naspolini lived in a quiet suburb in Florida and was unaware that disaster was about to strike, just a few feet from her door. She was usually out and about at this time of morning, but today she decided to pause for a moment to enjoy a cup of coffee in her living room while she admired her front garden. And that’s when she noticed something unusual.

Here in St. Johns, Jacksonville, nobody had ever felt the need to erect enormous fences and high walls around their properties. The crime rate here was low, and the residents had always felt safe. It was a closely-knit community, and everyone knew their neighbours. So when Alexandra saw the enormous dogs run into her garden on that day in December, she knew that something was very wrong.

Going About Her Day

62-year-old Maureen Hatcher, just a few doors away, was also going about her daily routine. She fed her Labradors, Sadie and Bella, and prepared her own breakfast before deciding to take a shower. Usually, her grandson, Tyler, was with her, but today she was all alone. While she was in the shower, her security camera catches something sinister.

Bella and Sadie begin to bark loudly, and then make a move toward the front door. In the security footage, they can be seen cleverly opening the unlocked door by its handle, and running outside. Then, they make a beeline straight for Alexandra’s yard. To an onlooker, their behaviour is puzzling. But when Alexandra sees them, she knows they are asking for help.

Sadie reached the garden first. “I usually am very routine, but that day, I didn’t do my usual,” Alexandra recalled. “I was sitting on the floor drinking coffee and saw her outside. Then I heard the other dog barking.” Naspolini couldn’t shake the feeling that a tragedy was unfolding, right before her own eyes.

The two dogs were clearly distressed, barking frantically. Alexandra immediately recognised them as belonging to her neighbour, and decided to take them back home. They walked a few paces in front of her, then stopped and looked back to see if she was following. They were leading her somewhere. “Where’s mom? Where’s mom?” Alexandra said, not really expecting a reply.

Alexandra is seen on the doorbell security camera as she walks up to Maureen’s home and rings the doorbell, but there is no answer. An indescribable feeling of terror washes over her. There was just something off about the whole situation. How did the dogs get out? And where was Maureen? She waits for a few seconds, but instead of turning around and leaving, she steps inside.

Bella and Sadie continue to bark as they lead Alexandra into the house. She pauses and calls nervously, “Hello?” She follows the dogs through the kitchen and into the bedroom. Her heart skips a beat as she realizes why the dogs had wanted her to follow them into the house. In the bedroom, she is met with a sight she will never forget.

Sadie enters the room before Alexandria does and walks purposefully over to the bed. Bella hangs back and lets out a small whimper, then all is quiet. The curtains are drawn and the room is dark. Alexandra waits a few seconds for her eyes to adjust, her retinas burning from the bright sunlight outside. There’s something on the bed.

Alexandra moves forward, her heart thudding loudly in the , with every step she draws closer to the bed, and the heap lying on top of it. “Mrs. Hatcher?” she calls softly, but there is no reply. The woman on the bed doesn’t stir. She takes a deep breath and reaches out to touch the woman’s shoulder, and then jumps back in fright.

The woman lying on the bed suddenly makes a low groaning sound as she raises her head, and Alexandria quickly realizes that there is something terribly wrong with Mrs. Hatcher. One side of her mouth droops downwards with an expression of terror as she tries to get the words out.

Alexandria pulls out her phone and dials 911. She knows something awful is happening, and there’s nothing she can do. Maureen Hatcher’s brain is being starved of oxygen and if help doesn’t arrive soon, she may never recover. Every second Maureen lies there is a second too late, and she’s all too aware that time is quickly running out.

St. Johns County Fire Rescue arrives within minutes. Both dogs watch their owner being loaded into the van and howl in distress. “When the brain is deprived of blood, cells die and permanent brain injury can occur. Timing is everything,” Nima Amim Aghaebrahim, an interventional neurologist, explains.

“One of the most important factors that can lead to a good outcome for patients in these situations is to get the blood vessel opened quickly and successfully,” Aghaebrahim stresses. Alexandria hoped and prayed that her neighbor would recover. Staff worked as quickly as they dared, and every second counted for Maureen Hatcher…but had she received treatment too late?

Surgeons at the Baptist Medical Center used a sophisticated dye to find the blood clot that had caused Maureen’s stroke , and were then able to move a stent retriever from the femoral artery in her leg to her neck. “It’s one of the highlights of our career that we’re able to help people such as Mrs. Hatcher,” Aghaebrahim explains.

Thankfully, the surgery took just 20 minutes, and the talented surgeons at Baptist Medical Center Jacksonville had managed to clear the blood clot that had nearly ended Maureen’s life. Just three days later, she regained the strength in her left side and was given the all-clear and discharged. And she owes her life to her amazing dogs, Bella and Sadie!

Maureen says tearfully, “I am blessed I don’t have any residual effects, and I attribute that to Dr. Nima and what the staff there did for me.” But she wasn’t only grateful for her doctor’s decisive and quick action. She is most grateful for the way her dogs had gone to get help on that fateful day. Without them, she knows she may not be alive.

“Had it not been for my dogs going and getting my neighbor, I wouldn’t be here today,” she said. “I had an angel across the street, I had a great rescue in the neighborhood, and the hospital. By rights I shouldn’t be in the shape that I’m in, I am blessed.”

And when asked about whether Bella and Sadie were trained as service dogs, answer astounded everyone who heard it. “…The next thing I knew, I was eating the floor and couldn’t move, And I said to my girls [the dogs], ‘I need help.’” she recalls. “Someone asked me, ‘How did you train them to do that? And I just told them, ‘I didn’t train them.’”

That Christmas, Maureen was sure to give her amazingly perceptive dogs a very special treat. “There were presents under the tree and prime rib for dinner, and they were spoiled rotten,” she said, laughing. The security footage of her dogs going to get help for their beloved owner has since gone viral – and netizens can’t get enough of the incredible story.

The Love Of A Dog

People soon started to share their own incredible stories of dogs protecting their owners. One commenter wrote: “Many years ago my dog saved me when another dog attacked me while I was jogging. I saved her from being put down in a shelter, and she saved me. She was the best girl ever. No greater love.”

Other commenters were unsurprised by Sadie and Bella’s behavior, though. “Dogs are amazingly sensitive to human emotions; they can pick up on the smallest distress signals and help. I’m so happy that you have two wonderful pups that’s a family to keep you safe and loved,” one woman wrote. And Maureen’s dogs aren’t the only ones who have somehow known that their owner was in danger.

Labrador Retrievers were bred as working dogs as well as for companionship. They were originally bred to help fishermen catch fish and haul in their nets. They are one of the most intelligent breeds of dog, and this also makes them suitable as assistance dogs. Their friendly disposition also makes them great for families with children. It’s no surprise that they are the most popular dog breed in America! But before you decide to adopt one, it is crucial to do a little research.

Because the Labrador Retriever is America’s favorite dog, there are plenty of puppies available from irresponsible breeders, puppy mills, and pet stores. Always steer clear of these and make sure you get a puppy from a reputable breeder who has tested their dogs for genetic diseases and a good temperament. Look for breeders who breed for the betterment of the genetic line rather than for profit.

Labradors have some genetic traits that you need to be aware of, too. They just love to eat and will become obese very quickly if not exercised enough or are overfed, and the added weight could also cause hip dysplasia down the line. Remember, the Labrador is highly intelligent, so they will also become destructive if they are not exercised or mentally stimulated.

If research is done before getting a Labrador, they make amazing pets. Although they are highly trainable, they do require basic obedience training. The Labrador is well-known for his sweet nature and friendliness, both with people and other animals. They are outgoing and eager to and have an extremely high level of emotional intelligence. And as Sadie and Bella proved, dog’s really are man’s best friend!